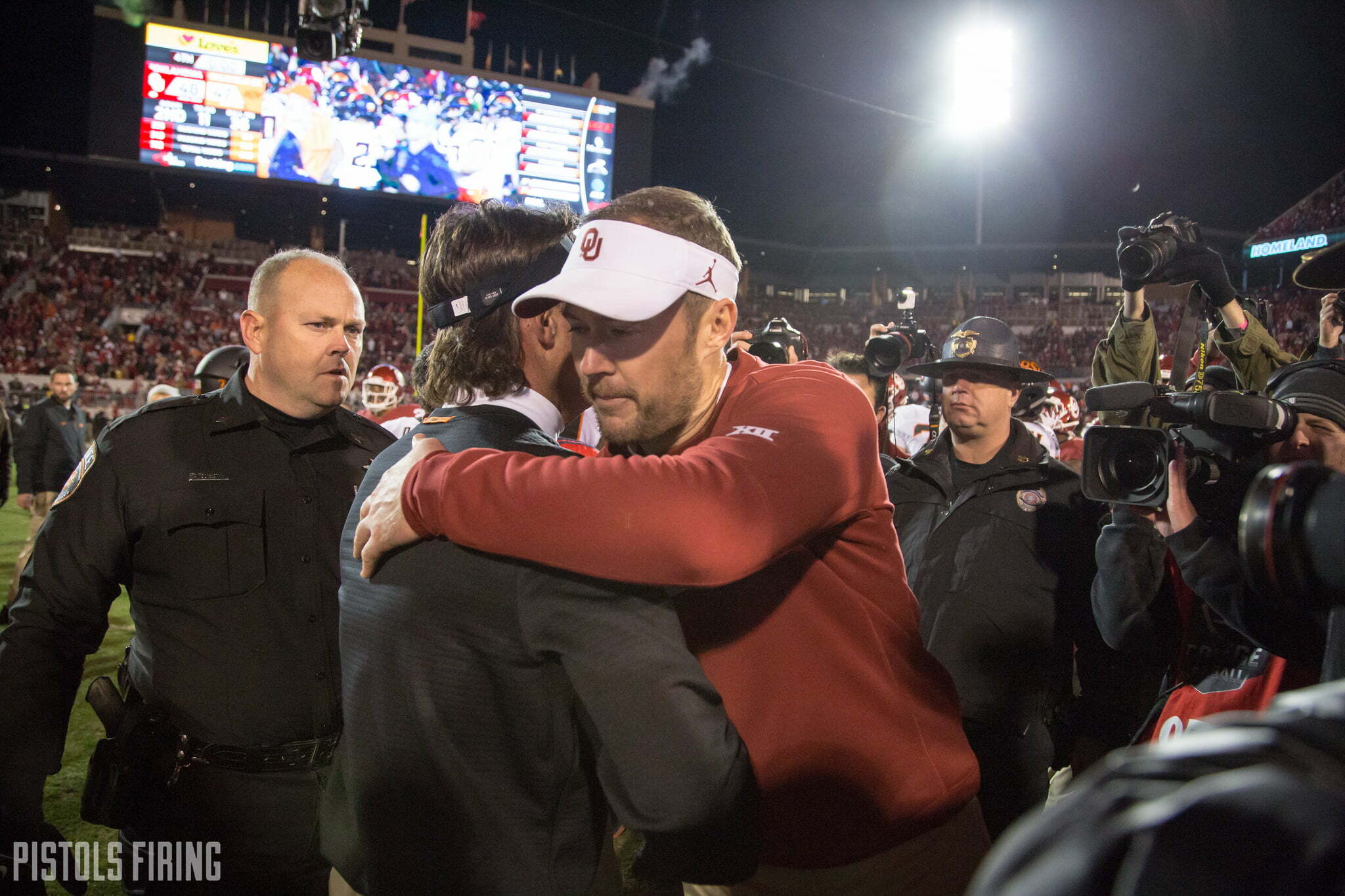 For those of you who don’t believe recruiting well is generally correlated with winning a lot, I don’t know what to say. I can’t help you. You should read another OSU site, one that doesn’t exist within the bounds of logic.

For the rest of you (which is most of you), I pulled this comment from our NSD live blog because I have thought about it many, many times since then. It was from somebody with the handle OSU Student, and it’s great.

I wish OU nothing but disaster at every level with their program, but they’re about to sign the top offensive class that they have ever signed in the history of their program … led by their highest WR class ever and a 5-star QB (maybe two 5-stars depending on the Fields kid).

Riley is doing everything in his power to get these kids. Cool choreographed videos, getting former players involved. Barbecues. Sooner days. Twitter shows. He’s doing it all. And it’s working. I understand that OSU will never get the caliber of players that OU will, but it shouldn’t be AS large of a gap as it is with how many games we’ve won lately.

Maybe everything Gundy does is behind the scenes, but on the surface he is doing close to absolutely nothing to get any sort of recruit to come here. And if I can easily notice that, then so can high school kids. -OSU Student

We can argue (and have argued!) over and over and over again about how OSU should recruit differently and better, but I think at the heart of every conversation (Gundy hand air quotes) is the reality above: Mike Gundy does seem to care about winning at recruiting.

He doesn’t seem obsessed with recruiting the way Lincoln Riley is (can you imagine Gundy doing this?) or even the way Mike Boynton is. He’s figured out how to walk the tightrope without recruiting at a really high level — Wisconsin, Michigan State, TCU and OSU are the best in the country at this particular skill — but it’s fun to dream about what OSU could be if it got better at recruiting as Gundy started winning instead of worse.

The flip side of this argument — one I find just as compelling — is that OSU is staying in its lane, doing what it does best. While I think that’s ultimately probably true, it doesn’t dispel the reality that when it comes to hitting the crootin trail and landing top 25 or top 30 classes, Gundy doesn’t seem to be giving great effort.