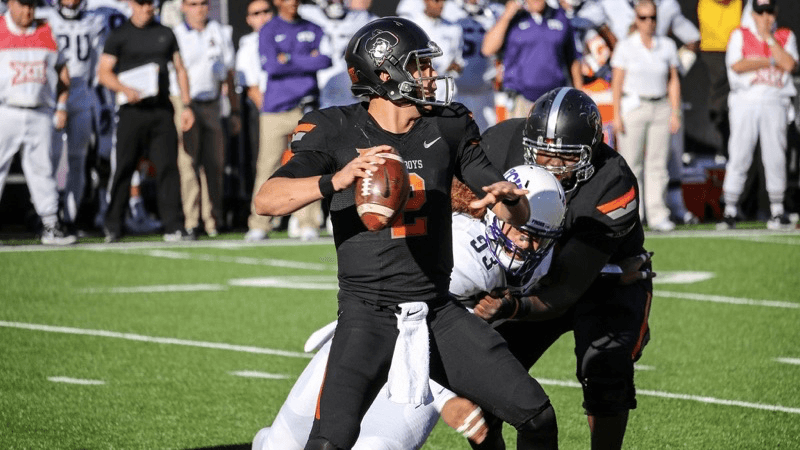 Mike Yurcich to Tulane? As a head coach? The New Orleans Time-Picayune says it’s a possibility.

Oklahoma State offensive coordinator Mike Yurcich is on the short list of candidates for the Tulane football head coaching position and may interview for the position next week, according to a source.

Is he going to drop by on the way to the Sugar Bowl?

Newly appointed Tulane Athletic Director Troy Dannen is compiling a list of potential candidates, with many of them having ties to the Big 12 Conference.

Yurcich is one of many names that have been circulating around the Tulane football program, along with LSU’s Frank Wilson and Baylor offensive coordinator Kendal Briles, among others. One source believes that Tulane will make a decision as early as next week and the candidate is likely already on the list compiled by Dannen.

So there you go.

On the surface, it’s a smart move for Tulane. Larry Fedora is crushing at UNC and Todd Monken got Southern Miss to a bowl game this year. In fact, OSU’s last three offensive coordinators are all coaching teams playing in bowls this season.

But is it a smart move? Is Mike Yurcich a good coach? The numbers say he’s getting better but I’m not sure I’m prepared to say he’s ready to coach a D1 program.