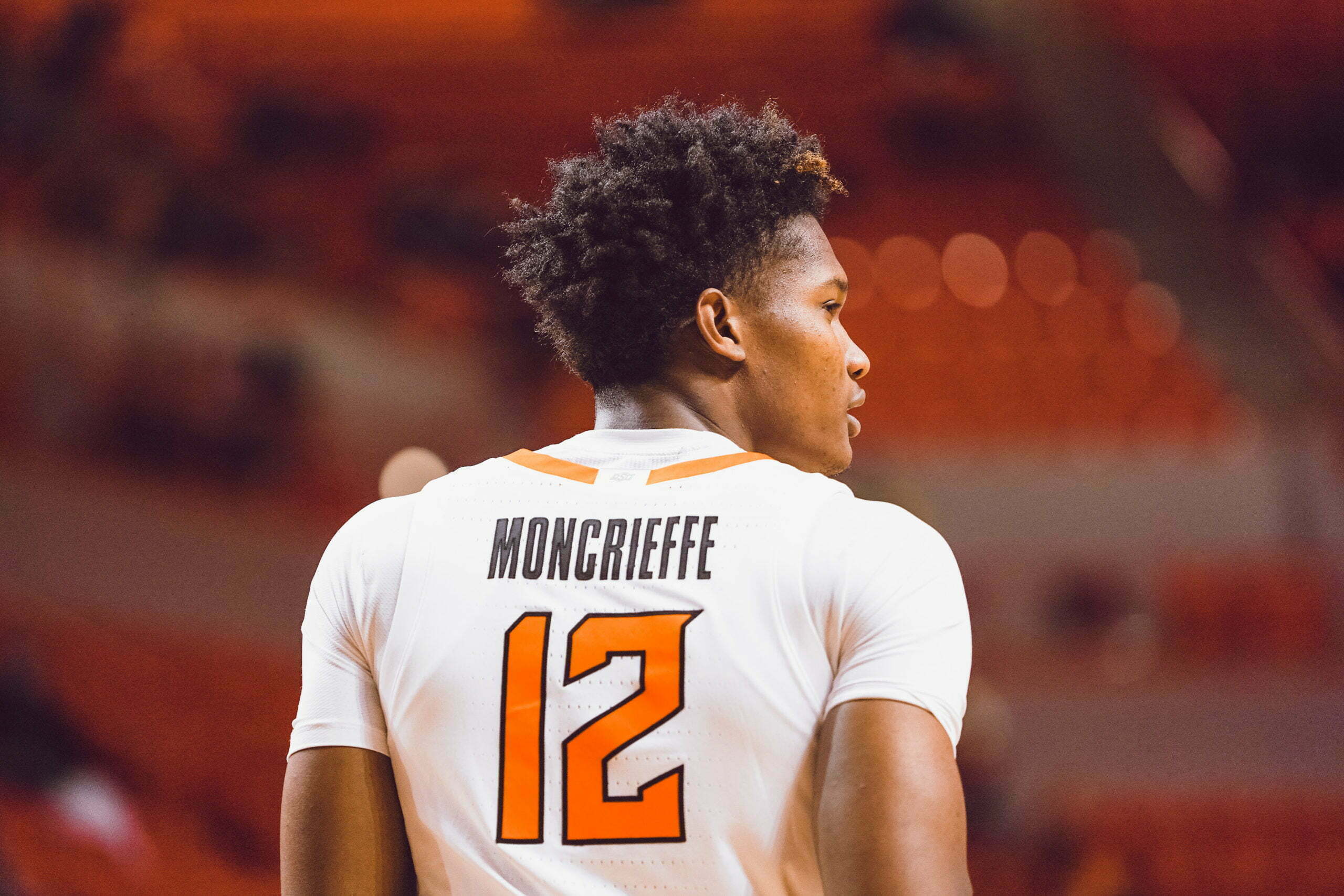 Matthew-Alexander Moncrieffe has turned a solid freshman season into a great one, and there is a clear-cut time when that uptick happened.

Oklahoma State had to postpone a pair of games in mid-January because of COVID, and the Canadian forward has come out of that break like a madman.

What changed? Moncrieffe has shared the floor with Kalib Boone more. Before that break, Moncrieffe and Boone would often sub in and out for each other, meaning Moncrieffe was playing center instead of his more natural position of power forward.

Cade Cunningham missed OSU’s first two games out of the break because of COVID protocol, and one of Mike Boynton’s adjustments during that time was to use Boone and Moncrieffe together more.

“We don’t really talk about [positions] as much, you’re kind of inside or you’re on the perimeter,” Boynton said after that Iowa State game. “MA’s got the ability to both for us. Doesn’t shoot it from the outside as well, but very good driving, especially against bigger guys. In a normal sense yes, as a [power forward], if you just want to talk traditional, yes, that’s probably where he projects best. Draymond Green-type skill set, terrific length and presence around a basket, can rebound and push.”

Stretch power forwards are common in the modern game, meaning guys who can extend a defense with perimeter shooting, but Moncrieffe is more of a slasher. He hasn’t attempted a 3-pointer this season. Since that COVID break, Moncrieffe has made 56% of his shots. Before the break, he was shooting 47%.

Not all of this can be contributed to Moncrieffe playing power forward more. Some of it is just natural progression. An example of that is the fact that Moncrieffe struggled to shooting 42% from the foul line before the break, and he is up to 64% from the stripe since.

It’s turned Moncrieffe and Boone into a formidable front-court tandem. It’s something that OSU could also build on moving forward if Boynton and Co. could land guys like Enoch Boakye.

Whether he is playing center or initiating OSU’s offense, Moncrieffe seems to be one of the bigger steals Boynton has gotten as an underappreciated recruit entering his freshman season.