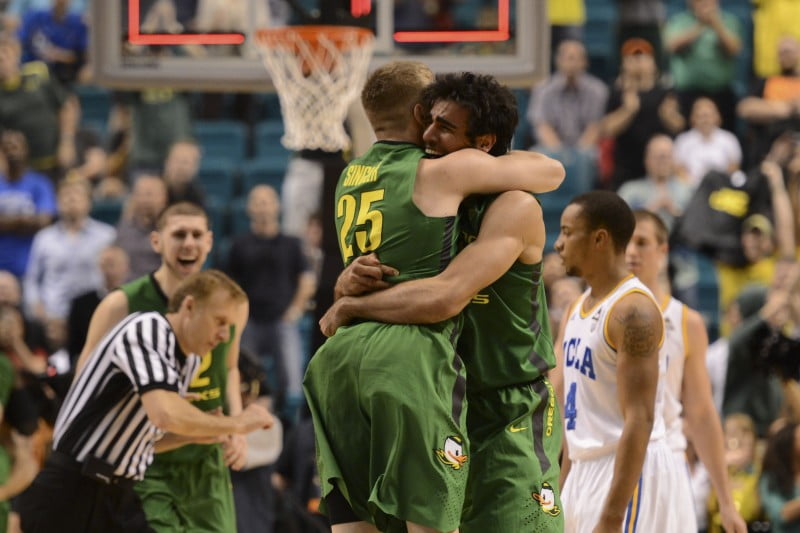 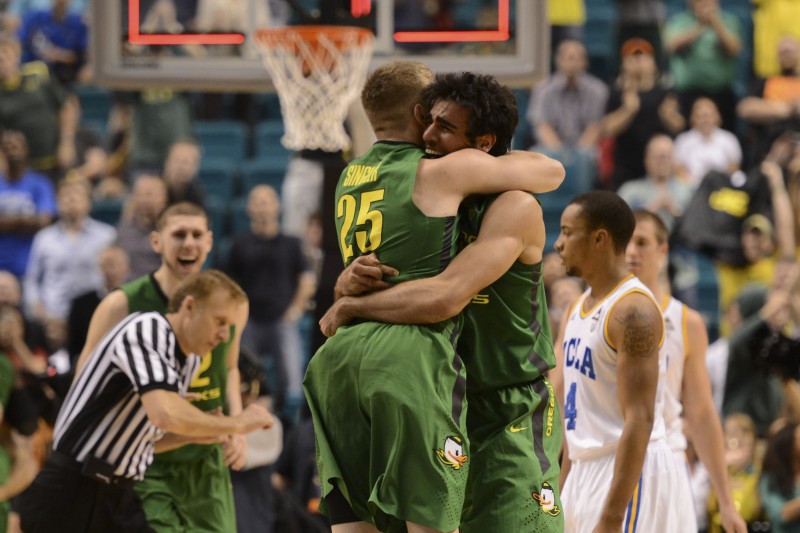 Also, this is the first time in Tournament history a top 25 matchup has happened in the first round between BCS teams (OSU is #17 in the new AP Poll, Oregon is #25). Check the full list here.

My biggest issue with Oregon getting the seed they got is the NCAA’s logic on the situation. The selection committee originally had Oregon as a No. 11 seed — you guys already know this though.

Then the committee basically said “we don’t want Oregon to have to travel all the way to Dayton on Tuesday for the play-in game as a No. 11 seed and then back to San Jose for the first round so we’re going to bump St. Mary’s and Middle Tennessee up to the 11-11 play-in game even though they were No. 12 seeds in our overall rankings.”

My question: why are we taking the traveling of No. 11 and No. 12 seeds into consideration? Shouldn’t you just say “sorry about all the travel, you should have done better in the regular season and not been a No. 11 or No. 12 seed”?

Don’t take my (and his) word for it though, here’s a roundup from around the web of the best quotes on the ridiculousness of Oregon as a No. 12 seed…

Oregon as a No. 12 seed is laughable. The Ducks were the conference’s best team before taking a small slide because of a foot injury to starting guard Dominic Artis. The freshman eventually returned and Oregon finished second in the conference, one game back of champion UCLA — the team it beat (for the second time) in Saturday’s Pac-12 tournament tilt. The Ducks also boast a win against UNLV. Oregon have been a No. 7 or 8 seed, at worst.

But Oregon’s seed makes no sense at all. The Ducks are 21-4 with Dominic Artis in the lineup. They were leading the Pac-12 when he got hurt. They won the Pac-12 tournament after he returned. So Oregon should’ve been evaluated on what it is with its starting point guard available, and there’s no way Oregon is a 12 with its starting point guard available.

Selection committee chairman Mike Bobinski said Oregon would have been one seed line higher were it not for scheduling issues that forced the Ducks to drop from a No. 11 seed to a No. 12. Fine, but that solves nothing here. Oregon should have been four or five seed lines higher, and it’s a disservice to the Ducks and to Oklahoma State that they’re a No. 12 seed instead.

The committee missed on Oregon by four to six lines, which is a major blunder, and a disservice to both the Ducks and their opponent, Oklahoma State. Cal should be in Oregon’s spot, avoiding the UNLV rematch and bumping Oregon up where it belongs.

If you think that is just funny math and will have no impact, think again. Let’s compare Maryland to Boise State, and also throw in Oregon. There is some thought that Oregon got screwed (yes, they did), but it wasn’t because of an East Coast Bias. It was a RPI bias. Oregon got seeded where the RPI dictated.