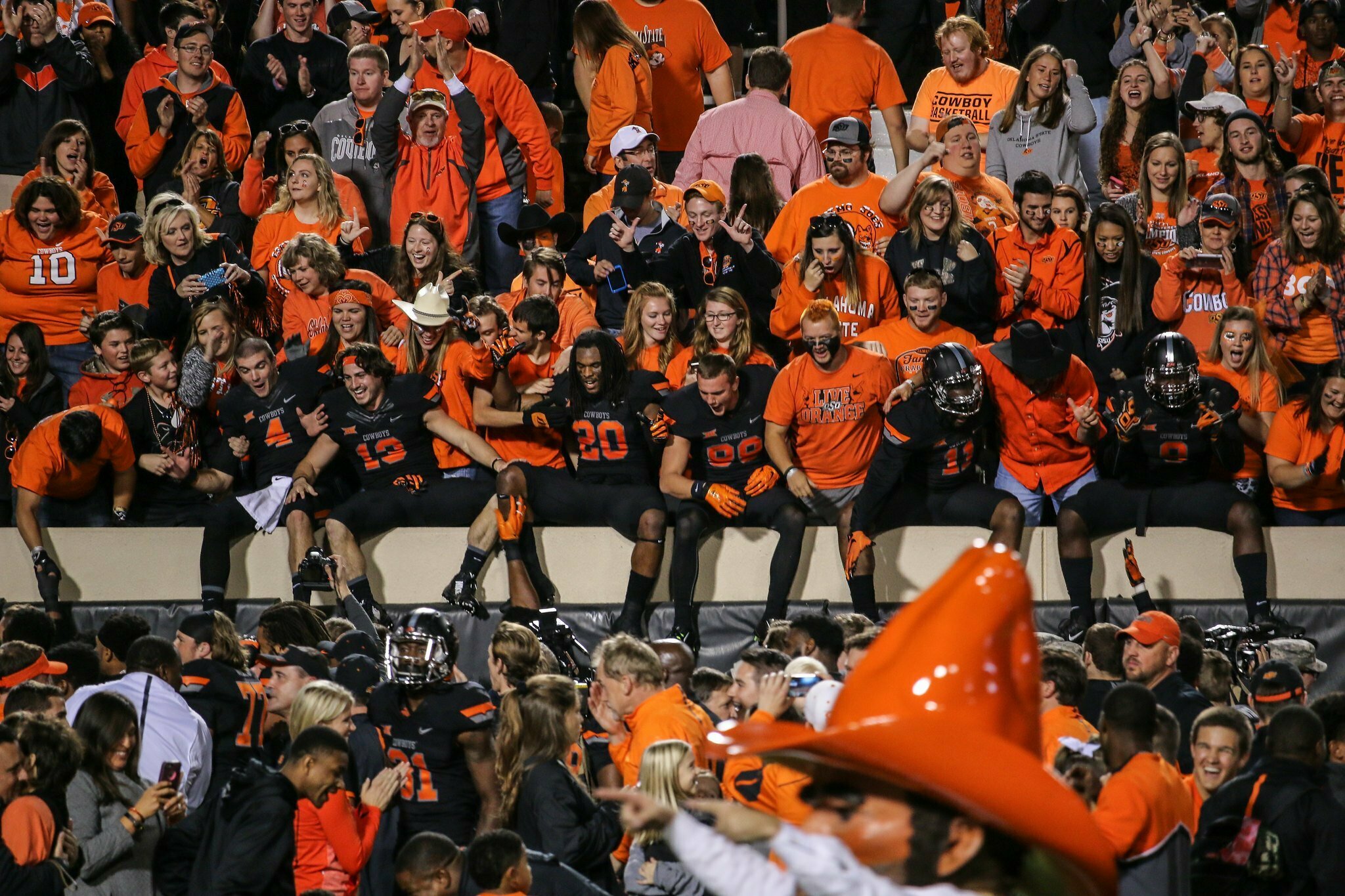 We’ve dived into the record books, ranked our favorite OSU plays/games/hairdos and anything else we can think of. And we will continue to do so to get us all through what is a tough time, and a tough time without sports.

But right now I’m looking to the future and longing for that date, hopefully sooner rather than later, when we see an actual live, meaningful sporting event. And how much more meaningful it will be.

So like a kid sitting in spring pining for Christmas, I’ve got a list of my own. In the first entry to my post-quarantine wish list, I’m reaching back just six years for some nostalgia.

I like the current uniform set (a lot), but I also liked the one that OSU had before (possibly more) and would have been just fine had it remained the standard. This granted wish would satisfy both of my mutually exclusive tastes in a fun way. This kit will be brought back eventually — it’s the greatest team to ever don black and orange, and white, and grey.

I know, I know. It’s barely been five years since many had grown tired of this look (again I was not in that camp), and we’ve seen some form of it just in the last three years. These uniforms were just retired following the 2014 season and the Cowboys continued to employ them in their spring game/practice/exhibition thingy as recently as 2017.

But thinking about that simple, but bold, look and the teams that it represents (at least in my memory) makes me giddy.

Think about Tylan striking this pose. 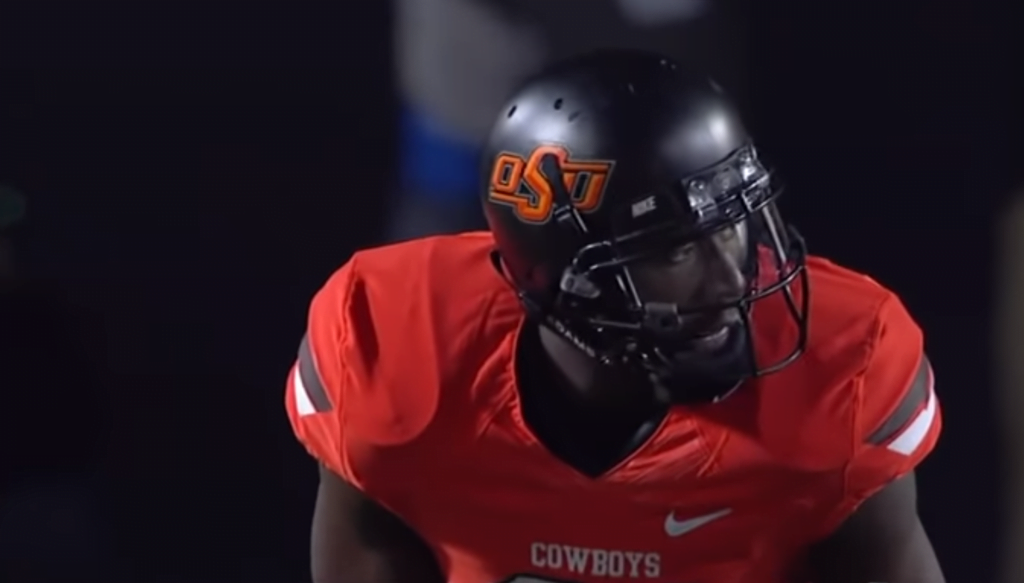 Or Spencer Sanders rearing back in these duds. 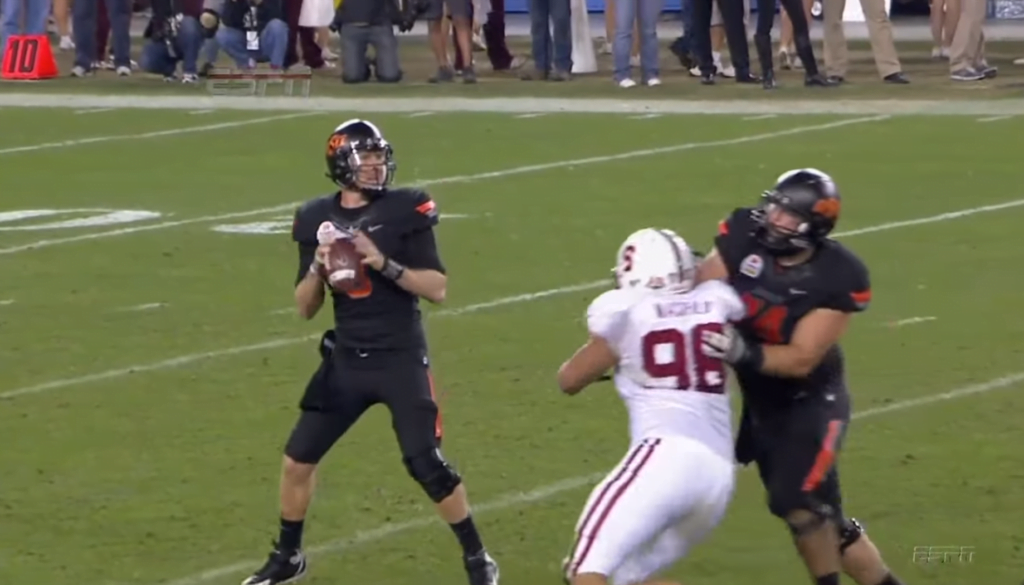 OSU’s equipment staff is second to none and has done an impressive job of folding the old into the new to come up with some amazing throwback looks each year at homecoming. And I realize that there are plenty of other fantastic looks that they could exhume brilliantly that are probably already in the chamber.

But with all the hype that is wrapped into this 2020 season — especially if the the Pokes make to homecoming mostly unscathed — I can’t think of a better way to call back to another set of triplets while the current one tears up Big 12 defenses.

It may not be the most creative throwback set in recent history, but given the right color scheme — like either of the two above — I think there would be plenty of buzz and excitement if No. 2, No. 3 and No. 30 come out dressed like Nos. 2, 3 and 81.