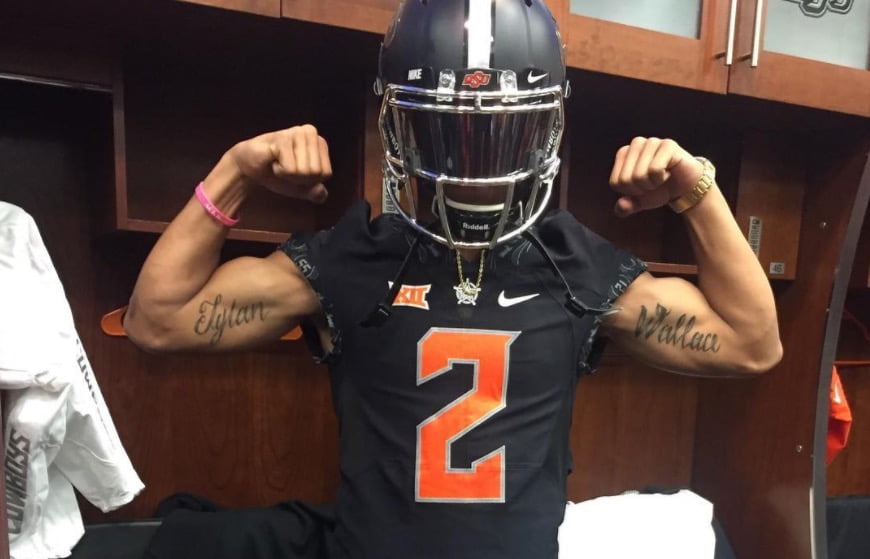 With all of the Oklahoma State football team’s skill players on the field in 2016, offensive coordinator Mike Yurcich said they might start playing with two balls to get players touches.

If he wanted to use two balls last year, he will want to use four in 2017.

Of course, quarterback Mason Rudolph’s return is ideal, but it might have meant the decisions on playing time would be more difficult.

“The class of wide receivers in this group is fantastic,” coach Mike Gundy said at his National Signing Day news conference. “They think they’re going to catch passes from Mason, so it impacted their decision and them staying with us.”

That’s great, but it’s possible poor Chris Lacy will catch half the passes he did this past year.

Gundy said Rudolph and James Washington’s return is, “always positive,” and as far as the on-field product, it will be, but it demands the same selflessness out of the freshmen that the receivers had last year.

LC Greenwood is 6-foot-3 and will play at 230 pounds. When OSU offered him, he didn’t have any others, Gundy said. When the rest of the Big 12 universities took notice, the Cowboys had to fend them off.

“I was concerned about that because once they come in and look at his tape and see his body structure, I thought this was going to be a battle,” Gundy said. Greenwood will have an opportunity to learn from a receiver, Ateman, who plays like him.

Tylan Wallace was the highlight signee of the class. He was ranked as the No. 13 receiver in the nation.

With this group of receivers, it is not forgone that he won’t redshirt. Unlikely, but not impossible. And that’s a testament to the recruiting skill of receivers coach Kasey Dunn, Yurcich and Gundy.