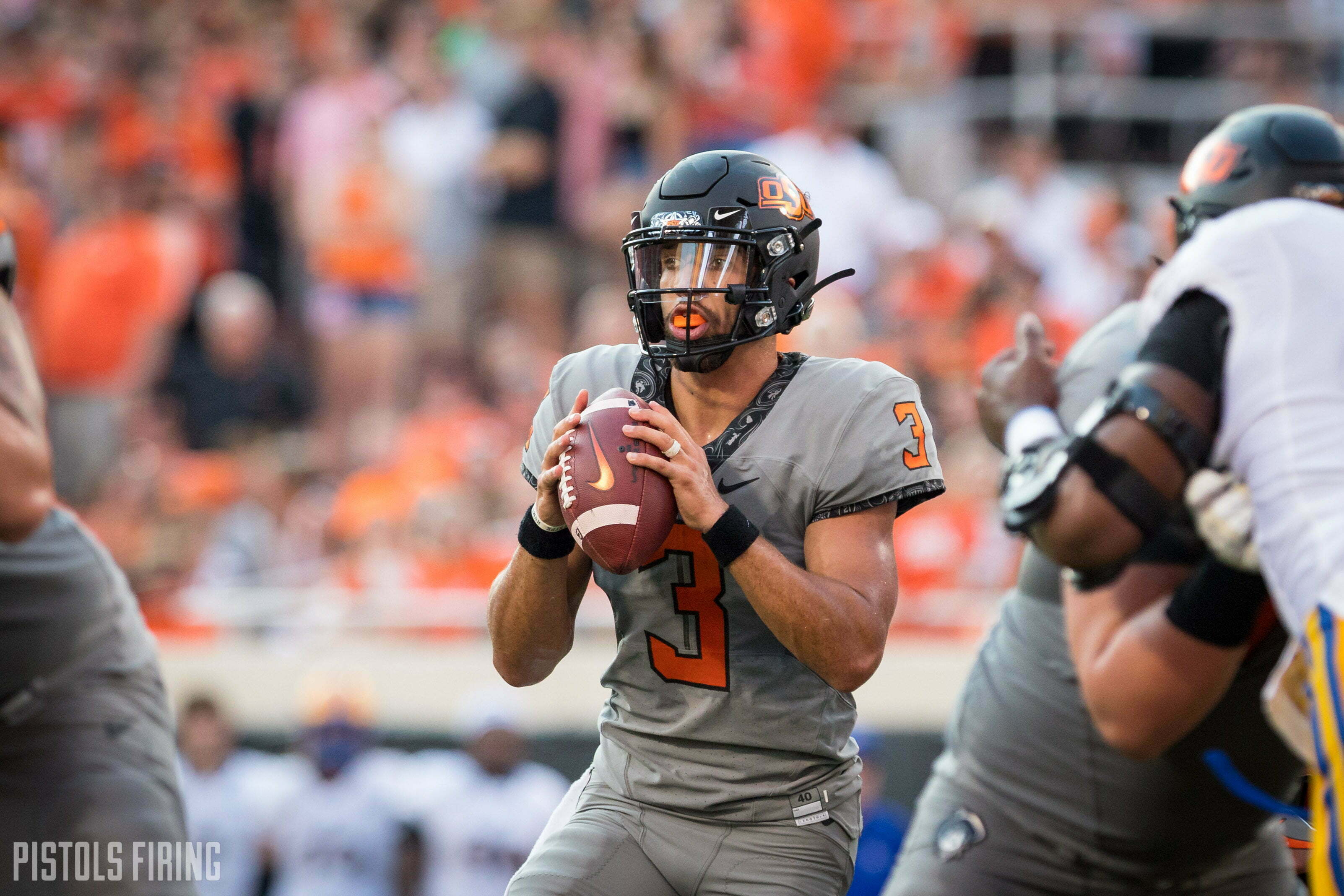 The Cowboys-vs.-Cowboys puns are finally a thing of the past just like the OSU-vs.-OSU puns from last week, but these expired even faster.

The hometown Cowboys took care of business, besting visiting McNeese 56-14 and moving to 2-0 on the season. If you were following the game via scoreboard, you might have assumed it was smooth sailing for the Pokes from the start — but you would have been wrong.

Despite turning in 14-zip first and second quarters, the Cowboys offense struggled to get out of its own territory (and its own way) for much of the first half. Penalties, mistakes and ball security issues were buoyed by big plays, a luxury Oklahoma State may not enjoy against a higher-level opponent.

It was the defense that impressed early, shutting out McNeese in the first half and shutting down the visitors for most of the game. And it was a pair of interceptions that book-ended the Cowboys’ 56 points.

A.J. Green’s 27-yard pick-6 on the second play from scrimmage put the Cowboys on the board. Then in the third quarter, Phillip Redwine-Bryant grabbed his first career INT and returned it 12 yards to the 1-yard line of McNeese, setting up OSU’s final score a play later.

But the Pokes offense got going behind an other efficient performance from Spencer Sanders. The freshman QB finished with 250 yards and three touchdowns included a 75-yard score on the first play of the third quarter, but it was his legs that kept drives alive more than his arm. Despite playing just two quarters (and 12 seconds), Sanders finished as OSU’s leading rusher with 12 carries for 51 yards.

Transfer wideout Jordan McCray finished with four catches for 45 yards. Through two games, he has caught all six of the balls thrown his way for 67 yards and a score.

Malcolm Rodriguez led all tacklers putting down ball carriers 11 times (seven solo), but Amen Ogbongbemiga was the defender of the night with seven solo tackles two tackles for loss and a sack.

Trace Ford added to his impressive early freshman campaign with four total tackles, a sack and a tipped pass on fourth down deep in the red zone that save a pass interference penalty.

This one was basically over before halftime but the Cowboys didn’t let up and neither did backup quarterback Dru Brown. Brown got to see his first real action as a Cowboy spelling Sanders and completed his first four passes. Nos. 3 and 4 each resulted in a touchdown and combined for 128 yards. Brown finished the evening 7-of-10 for 142 yards and two TDs.

It wasn’t always pretty but Oklahoma State dispatched an FCS opponent rather easily and now move on to Tulsa for a Week 3 matchup against the Golden Hurricane before Big 12 play gets started in Austin on September 21.