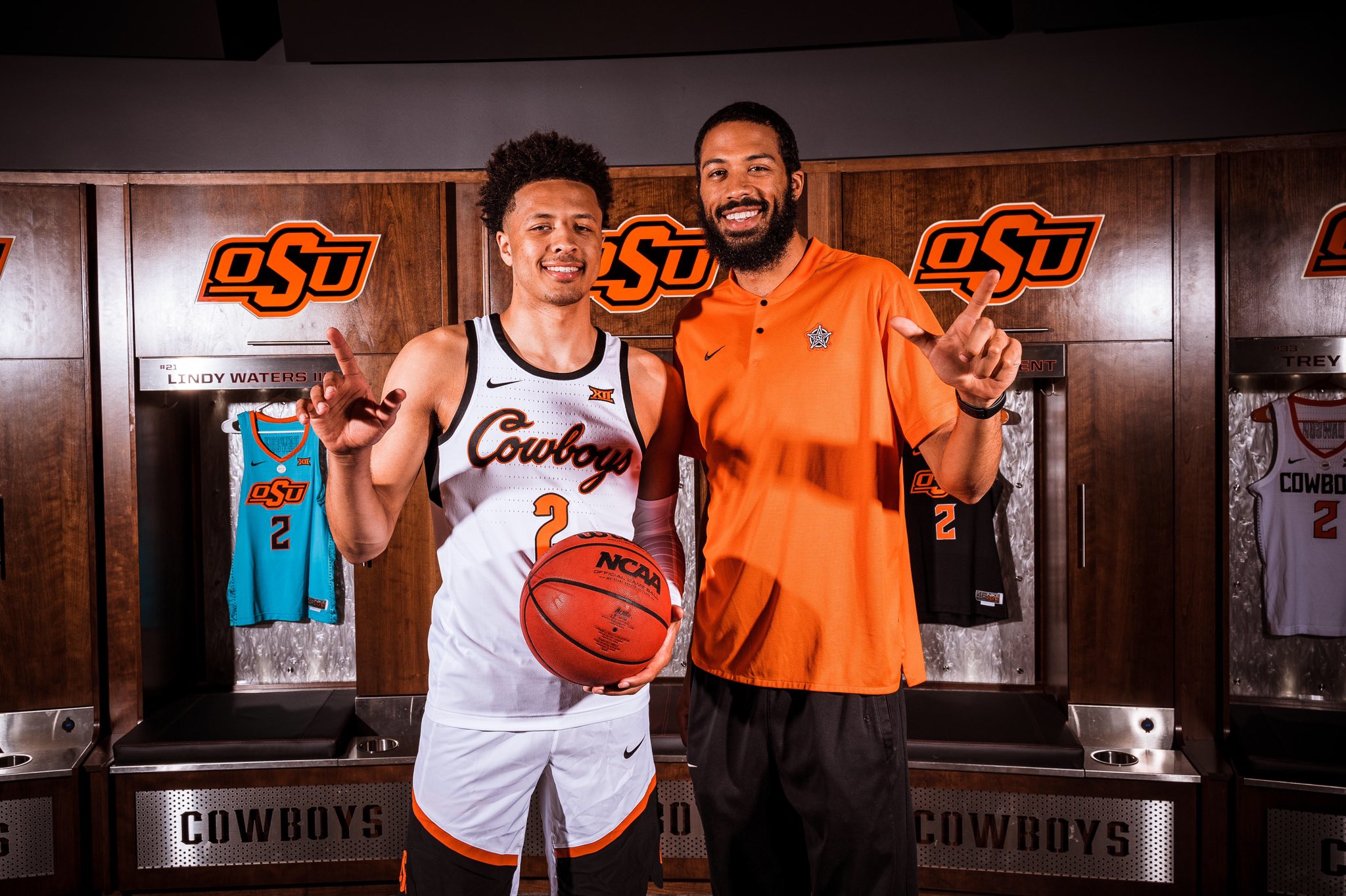 Members of the Cowboys’ top five recruiting class have picked out their threads for the upcoming season.

Cade Cunningham, the nation’s No. 1 recruit, will wear No. 2 in his debut (and likely only) season in college basketball. It’s the number Cunningham wore for the Texas Titans, where he was the Nike EYBL circuit MVP last summer. He also wore the number when he played his high school ball at Arlington-Bowie, before transferring to Montverde in Florida.

Sophomore guard Chris Harris wore No. 2 last season, but he will switch to No. 1 in 2020-21, manning the number Jonathan Laurent left vacant.

Canada’s No. 1 prospect in the 2020 class could be starting at power forward for the Pokes in his freshman season, and he will do so wearing a number familiar to the Cowboys’ power forward spot the past four seasons: No. 12.

Cameron McGriff left that number vacant after scoring 1,211 career points in the uniform. Moncrieffe wore No. 11 last season at Orangeville Prep, but that number has been retired at OSU. The last person to wear it was Nate Fleming, who tragically died in the 2001 plane crash.

Oklahoma native Rondel Walker will wear No. 5 as a Poke. It’s the same number he wore with Putnam City-West and the Texas Titans. Duncan Demuth last wore the number for OSU.

Donovan Williams will see if Thomas Dziagwa left any sharpshooting ability in No. 4. Dziagwa hit 251 3-pointers in the jersey, the fourth-most in program history. Williams wore No. 3 at Lincoln-North Star, another jersey that has been retired at OSU. Daniel Lawson, who also died in the Remember the Ten plane crash, last wore the number for the Pokes.

The mysterious, but bouncy, Montreal Pena will rock No. 21. Lindy Waters wore those digits to the tune of 1,152 career points. Pena wore No. 12 last summer with the Titans, but wore No. 21 at Arlington-Martin.

Grad transfer Ferron Flavors will wear No. 31 because Baskin-Robbins’ 31 Flavors. Not much more of an explanation needed. It’s the same number he wore with Cal Baptist last season. Walk-on Dee Mitchell wore it last season. Mitchell will switch to 55.

Bryce Williams committed the same day Yor Anei entered the transfer portal, and Williams will snag Anei’s number as well. Williams wore No. 13 for Ole Miss last season, but Isaac Likekele has that number locked down.

Finally junior college big man Bernard Kouma will don No. 25. That jersey might have to be printed and shipped in because Darrell Williams was the last to wear the number in the 2010-11 season.

So, for those keeping track at home, here is what OSU’s roster is looking like with numbers added: