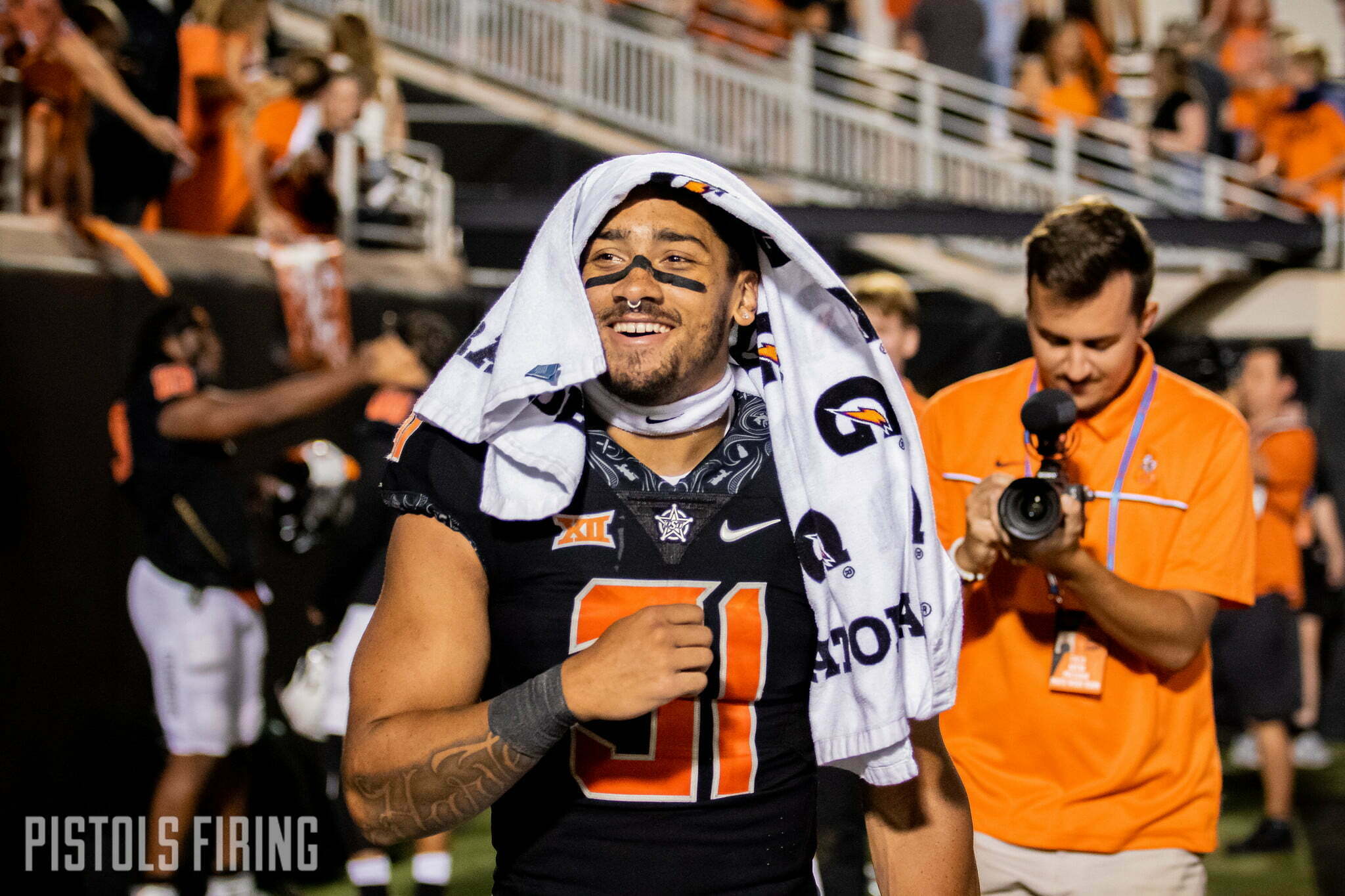 We knew Kolby Harvell-Peel was strong, but he made NFL brass and talent evaluators aware of that fact on Sunday.

The former All-American safety was in action at the NFL Draft Combine in Indianapolis as the defensive backs took part in their on-field drills and showed off their measurables.

The only drill that Harvell-Peel turned in official results for was the bench press, but he raised that 225-pound bar off his chest 21 times. That was third most among DBs this year.

This wasn’t the first time he’d shown off his impressive strength on the national stage. Remember this strip and grab from the Cowboys’ Fiesta Bowl win over Notre Dame? The culmination of big mitts and hours in the training room with Rob Glass.

Harvell-Peel was the third Cowboy to compete in the event. Jaylen Warren had a decent showing, turning in a 4.56 40-yard dash, and Malcolm Rodriguez was one of the most athletic linebackers to take part in the combine.

Harvell-Peel and the rest of his prospective NFL Pokes will get another chance to show what they’ve got at Oklahoma State’s Pro Day which takes place in Stillwater on March 24. The 2022 NFL Draft takes place in Las Vegas April 28-30.