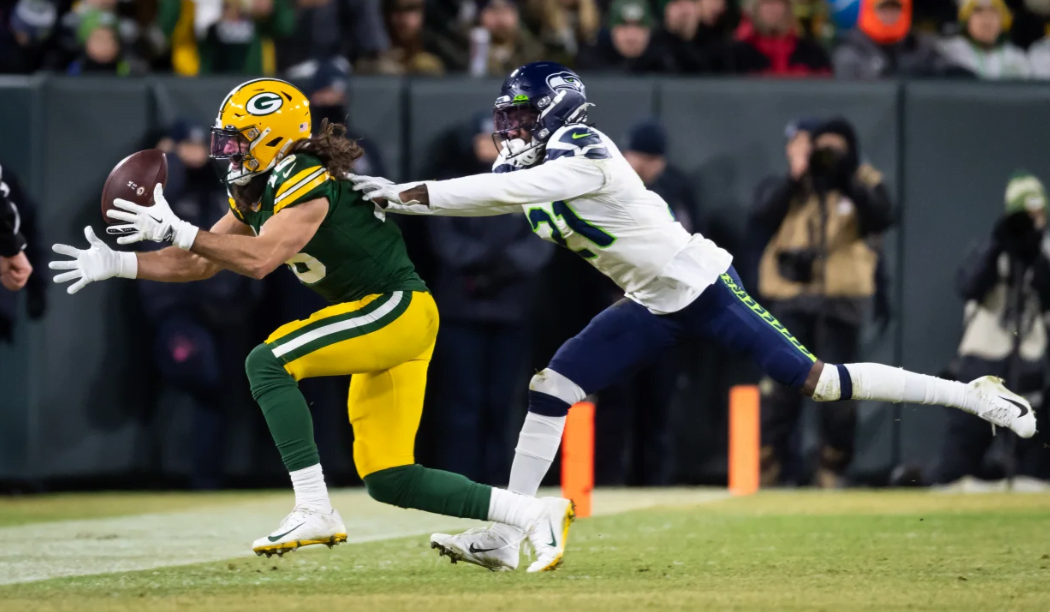 The divisional round of this year’s NFL playoffs is now in the books. We’re on to the conference champions next weekend, but a handful of former Cowboys will not be joining us.

Let’s recap the weekend and put bows on the seasons of those Pokes who will be watching from home.

First off, the lone former Cowboy to advance, despite having far from his best game.

Things weren’t pretty early for the Chiefs (also the team of the injured Emmanuel Ogbah). Kansas City found itself down 14-0 in the first quarter. After its defense got a stop late in the period, a muffed punt by Tyreek Hill gave the ball back to the Texans inside the red zone. Deshaun Watson paid it off with 7 to go up 21-0.

And then on the next possession, Hill took this huge hit on third-and-long that effectively ended a Chiefs’ drive.

Wow, this is a fantastic play from Justin Reid.

Shows off great range and pulls off a clean hit to jar the ball loose from Tyreek Hill.pic.twitter.com/D9TQuhCCZg

Hill finished with three catches for 41 yards, a season-low excluding the Week 11 game against the Chargers that saw him go down with injury.

But Kansas City still has Patrick Mahomes and he still has other weapons like Travis Kelce and Sammy Watkins. The Chiefs scored 41 unanswered points to come back and win 51-31, the most lopsided victory of the weekend. That offense is scary.

The NFL’s No. 1 team in the regular season didn’t make it past its first game in the postseason. The Ravens fell to the much less-rested giant-slaying Titans on Saturday. Tennessee was fresh off a takedown of the New England Patriots and now heads to the AFC championship game to take on the Chiefs.

During his rookie season, Justice has been the third running back option on a team whose leading rusher is its quarterback, so his touches have been limited. But Baltimore’s coaching staff tried to bring him along both on the ground and in the passing game.

In his first taste of playoff action, Justice didn’t take a handoff but caught four of five targets for 26 receiving yards. Justice ends his first NFL season with 58 rushes for 225 yards (3.9 average) and two touchdowns. He added eight receptions for 70 yards.

Tre Flowers had his hands full going up against the crafty and dangerous Aaron Rodgers and a two-time Pro Bowl receiver in Davante Adams. He did not fare well.

Adams set fire to the field (Flowers included) for 160 receiving yards and two touchdowns on just eight catches, most of those were with Tre trying to stay with him.

File getting called out by Yahoo Sports in the Not Great category.

Why is Tre Flowers the 160th ranked CB in the NFL?
Allow Davante Adams to show you.pic.twitter.com/MLZvSJYnb9

Fellow Seahawk Chris Carson went down with a fractured hip in Week 16 but is still currently fifth in rushing in the NFL with 1,230 yards and seventh in rushing scores with nine.

Also sidelined for this one was Packers starting offensive guard and former Cowboy Lane Taylor who was put on injured reserve back in September.

Dan Bailey and his Vikings fell to the San Francisco 49ers on Sunday, but the veteran kicker did his part. Bailey made his lone field goal attempt of 39 yards and his single extra-point attempt, but the Vikings only mustered 10 points against a stingy and stout 49ers defense.

His 93.1 percent field goal rate was fourth in the regular season and Bailey went 3-of-3 in the postseason finishing 2019 having made 30 of his 32 attempts for 93.75 percent. That matches his career-high for a season (2015). His current career average of 87.3 percent is sixth all-time.