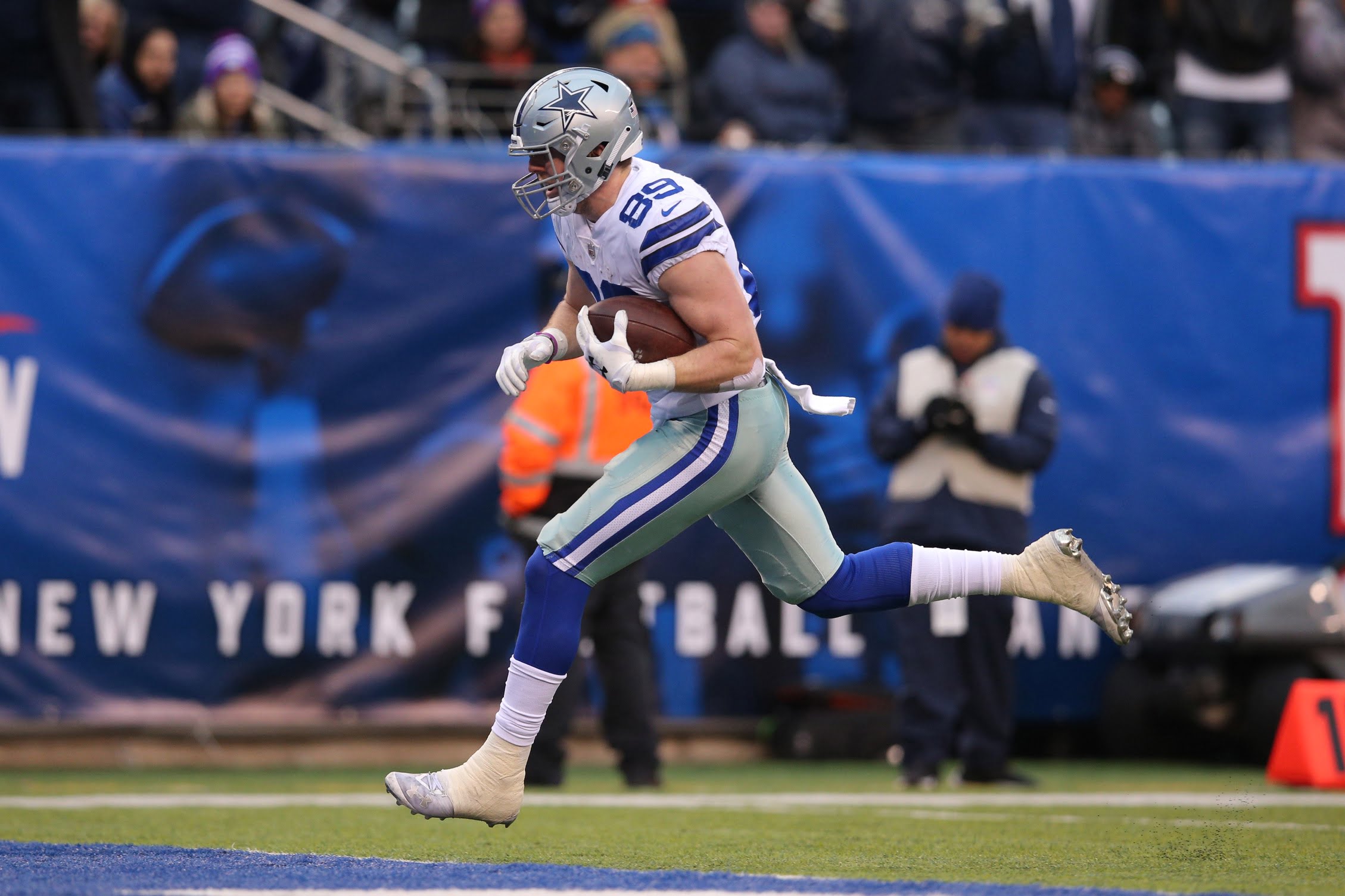 The NFL’s regular season has come and gone, and several former Pokes made plays in their final weeks. A few still have something to play for with the wild card round of the playoffs that kicks off this weekend.

Let’s put a bow on the season for several Cowboys and preview the postseason for a couple of others.

The former walk-on and undrafted free agent had the game of his life (so far) during the Cowboys’ 36-35 win over the Giants. His seven catches on eight targets and 119 yards were all career highs not only in the NFL, but would have been the best of his college career. His best game as an (OSU) Cowboy totaled 96 yards and a score on two catches against K-State in 2016. His three TDs on Sunday were his first since the Alamo Bowl two years ago.

For his impressive performance, Jarwin earned NFC Offensive Player of the Week, an honor never before bestowed upon a Dallas tight end. Not even his former mentor Jason Witten can put that on his resume.

The tight end position has been handled by committee so far in Witten’s absence but after his strong finish, Jarwin heads into the postseason leading all Dallas TEs in targets, receptions, yards and scores.

While Blake Jarwin looks to follow up a career game with his NFL playoff debut, he will do so against a former backfield mate in Chris Carson, who is doing the exact same thing.

The second-year running back had his own career best on Sunday as the Seattle Seahawks took down division rival Arizona 27-24 in their final game. Carson’s 122 rushing yards were a career high and made for his sixth 100-yard game this season.

Carson ends the regular season as one of the NFL’s top rushers statistically:

Tre Flowers Has Been Impressive

Joining Carson in Arlington, will be his current (and former) teammate Tre Flowers who will look to continue a successful rookie season.

Pete Carroll’s Tre Flowers Experiment has gone better than maybe even he expected in Year 1. The college safety with coveted size, speed and run-stopping prowess, stepped right into the Seahawks’ starting right corner spot and has performed admirably, if not impressively, as the season has gone on.

A veteran receiver who has seen plenty of cover men during his time, Doug Baldwin, was quick to heap praise on the rookie.

Doug Baldwin, asked who has impressed him most stepping up this season, mentions immediately and first rookie CB Tre Flowers. Said the draft choice, and converted college safety immediately got his mindset right to start and excel. #Seahawks

Flowers talked with a local San Antonio radio host about his upcoming (sort of) homecoming against the Cowboys.

It’s been and up-and-down rookie season for last year’s Biletnikoff winner. At times he was lost in a star-studded receiver depth chart, which probably shouldn’t have surprised anyone going in.

But Washington finished the year with his two best games coming in the final three weeks. After hitting a high mark of 65 receiving yards in a win over New England in Week 15, Washington came up just shy with 64 yards and catching all three of his targets during the Steelers’ 16-13 win over the Bengals on Sunday.

It wasn’t all pretty for Washington, who has apparently been watching a little too much Tylan Wallace on Saturdays this season.

And the Steelers, who at one point were squarely in the playoff race, lost three of their last five games and are left on the outside looking in of the playoffs.

Things could be much different for Washington in the Steel City next fall. With the apparent rift between Steelers brass and franchise wideout Antonio Brown, Washington could be looked upon to contribute much more in Year 2.

Maybe it worked. They're going to need a lot more from him either way in 2019,.

Raise your hand if you would have predicted these type of receiving numbers before the season.

I joked earlier in the season that Ateman would best Washington in receiver totals, but that was not far off. In just six games (and five starts) Ateman saw 31 targets. Washington saw 38 passes in 14 games (six starts). As mentioned above, both will likely be looking at increase opportunities in their sophomore seasons.

Ateman was productive for the hapless Raiders and had his moments. He has a long way to go but should get his opportunities moving forward. He’s done enough to earn them.

• Emmanuel Ogbah did his part with three tackles, a QB hit and a pass defended against the Ravens, but the Browns come up just short 26-24 in their finale.

• Chris Lacy recorded his first NFL stat (a tackle on special teams) in his NFL debut in the Lions’ 31-0 win over the Packers. He had one target and saw the field for 35 snaps on offense and 10 on special teams.

• Dan Bailey made his only field goal attempt and his only extra-point attempt during the Vikings’ 24-10 loss to the Bears.