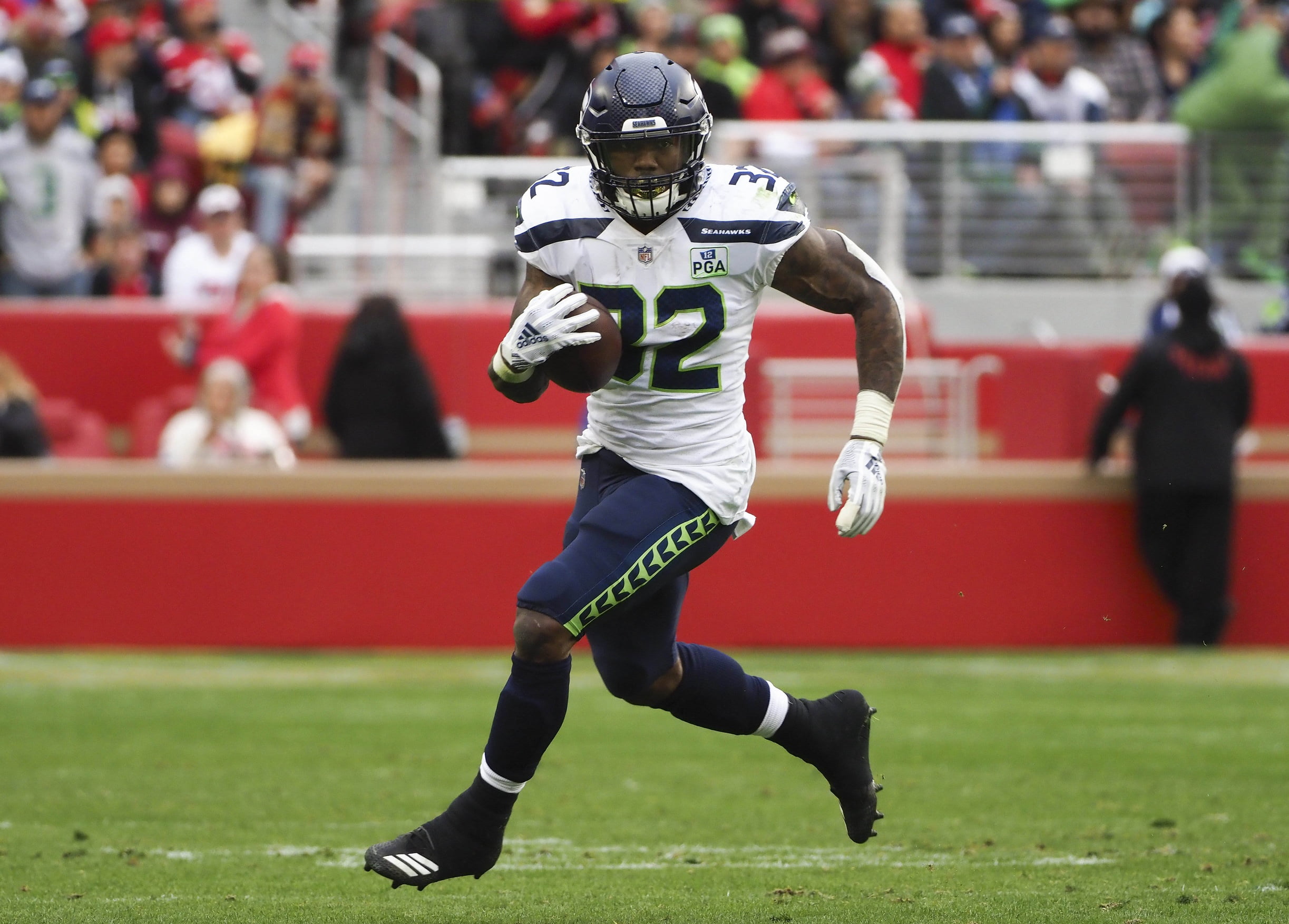 The NFL regular season is winding down. With just two weeks remaining, several teams are jockeying for postseason position and a several former Cowboys will get their chance to chase a Lombardi Trophy this year.

Before we get into all of that, let’s check in on those orange alums and how they did in Week 15.

Much was made of Ben Roethlisberger’s publicly calling out the rookie wideout three weeks ago. In the following week, Washington was in street clothes on the sidelines. But he would answer back in a big way — albeit in a losing effort — and Oakland, and then followed that up with a career performance on Sunday as the Steelers bested the New England Patriots.

But Washington wasn’t the only former Cowboy who had a career game on Sunday.

Carson Clears Another Career Hurdle (And Another Defender)

Chris Carson toted the rock 22 times for a career-high 119 yards and a score. He also caught six of seven targets for 37 yards receiving. Unfortunately for Carson and his Seahawks, they fell 26-23 in Santa Clara to the 49ers.

But Carson added another hurdle to what should be a bingeworthy sophomore season highlight reel.

ANOTHER LEAPED PLAYER BY CHRIS CARSON?!?!?

This is becoming a weekly spectacle at this point. #Seahawks pic.twitter.com/R2YhLXzULh

With two games remaining and at 913 yards, Carson is primed to be Seattle’s first 1,000-yard rusher since Marshawn Lynch was going full-Beast Mode back in 2014.

Here’s a look at his top plays from Sunday.

According to Seattle GM John Schneider, his starting right CB has been fighting through some type of injury.

In his @710ESPNSeattle interview, Seahawks GM John Schneider said he's "super proud" of Doug Baldwin for battling through injuries and said he sets the tone for other players to do the same. Specifically he mentioned rookie CB Tre Flowers as "playing through some stuff."

But that didn’t stop the rookie from turning in a nice performance during that loss to San Francisco. Flowers was targeted just once by QB Nick Mullens and he broke up a pass in the red zone to hold the Niners to a field goal attempt. Flowers also had a nice run stop and recovered a fumble forced by Bradley McDougald.

Jarwin continued what has become a nice three-week stretch for the former Poke. He hauled in four of his seven targets for a team-high 45 yards and was one of the few bright spots for the Cowboys who were drilled 23-zip by the Colts in Indianapolis.

Another nice ball from Prescott on the hitch route by Blake Jarwin. pic.twitter.com/RwDjxzrwOT

Colts blitz again and Prescott remains calm and finds Blake Jarwin for the first half. pic.twitter.com/xkdSQCZga9

Jarwin has solidified himself as the Cowboys’ TE2 with 180 receiving yards on 25 targets in 14 games. He’s second only to Geoff Swain among Dallas tight ends in both categories and has done so in just three starts.

We’ll start keeping you abreast of the playoff picture for former Pokes that you’ll want to following into the offseason. Here’s a look at who would be in if the season ended today (this is prior to the Monday Night game between New Orleans and Carolina).

• Emmanuel Ogbah recorded two tackles and a hit on Case Keenum during the Browns’ 17-16 win over the Broncos.

T.J. Carrie intercepted Keenum’s throw up the near sideline. Emmanuel Ogbah hit Keenum as he threw forcing the turnover. 17 picks for #Browns in 2018

• Marcell Ateman grabbed just two of his five targets for 20 yards in a losing effort. The Raiders fell to the Bengals 30-16 in Cincinnati.

• Dan Bailey went 2-for-2, making FGs of 34 and 36 yards as well as all five extra-point attempts during the Vikings’ 41-17 drowning of the Dolphins on Sunday. That breaks a streak of three-straight games with at least on miss.

• Tyler Patmon was inactive for the Jaguars’ 16-13 loss to the Redskins. It’s his first benching this season.