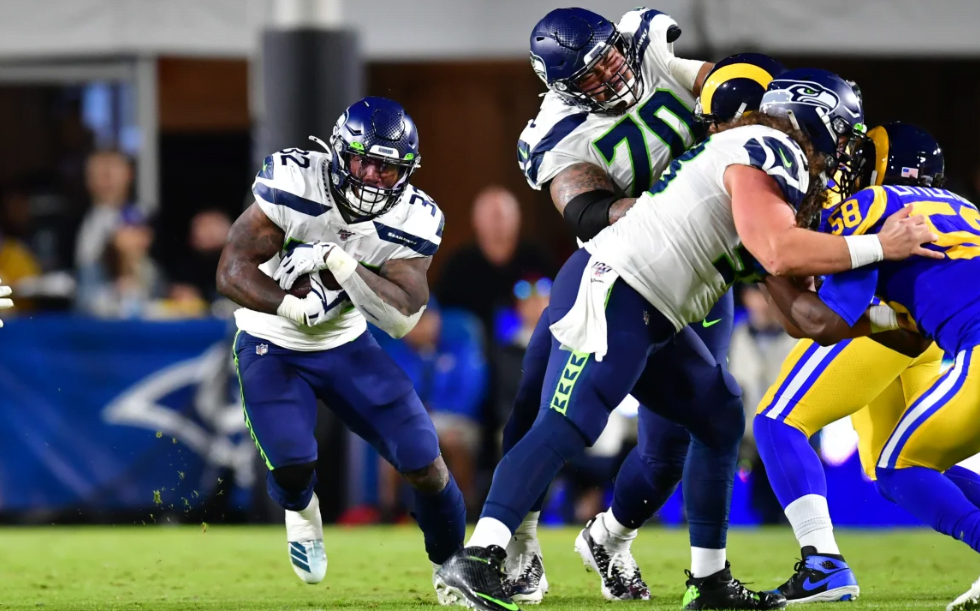 Several former Pokes made highlights and headlines during Week 14 in the NFL. Let’s take a look at a couple of the top storylines starting with a former Cowboy making a little history.

Carson led the way for the Seahawks during their 28-12 loss to the Rams, rushing for 76 yards on 15 carries and picking up 15 yards receiving on three catches. But more significant was his hitting the 1,000-yard mark for consecutive seasons. Carson, now at 1,057 yards in 13 games, is seventh in the NFL in rushing. He finished fifth last season with a total of 1,151.

That makes Carson the first former Oklahoma State running back since Barry Sanders to rush for 1,000 or more yards in multiple seasons. Tatum Bell did hit 1K just once in 2006. Carson is just the sixth Seattle RB to post back-to-back seasons of at least 1,000 yards and the first to do so since Marshawn Lynch.

With his backup Rashaad Penny suffering a season-ending injury this week, expect Carson’s usage to go up even more over the final three games and into the playoffs.

Jarwin was productive in the Cowboys’ third-straight loss. He caught six of seven targets for a season-high 50 yards.

Once again he lapped aging tight end Jason Witten (five catches for 37 yards) while only appearing in 22 offensive snaps (30 percent) to Witten’s 56 (77 percent).

The Twitter whispers have turned in to open politicking by the Cowboys fan base for Jarwin to start over Witten.

Jason Witten can retire again. Blake Jarwin is the truth.

So yeah, give Blake Jarwin more playing time. That is all.

Blake Jarwin makin' plays that NO OTHER TIGHT END on this team can make today … period #DallasCowboys pic.twitter.com/JiP4ya5hGW

Both Jarwin and Witten will be free agents next season. It will interesting to see what the Cowboys, who are looking at a likely regime change, choose to do at that tight end spot.

Todd Gurley was having none of that tackle attempt from Tre Flowers on this TD run. 😤🖐️ pic.twitter.com/VQCrkJhBSk