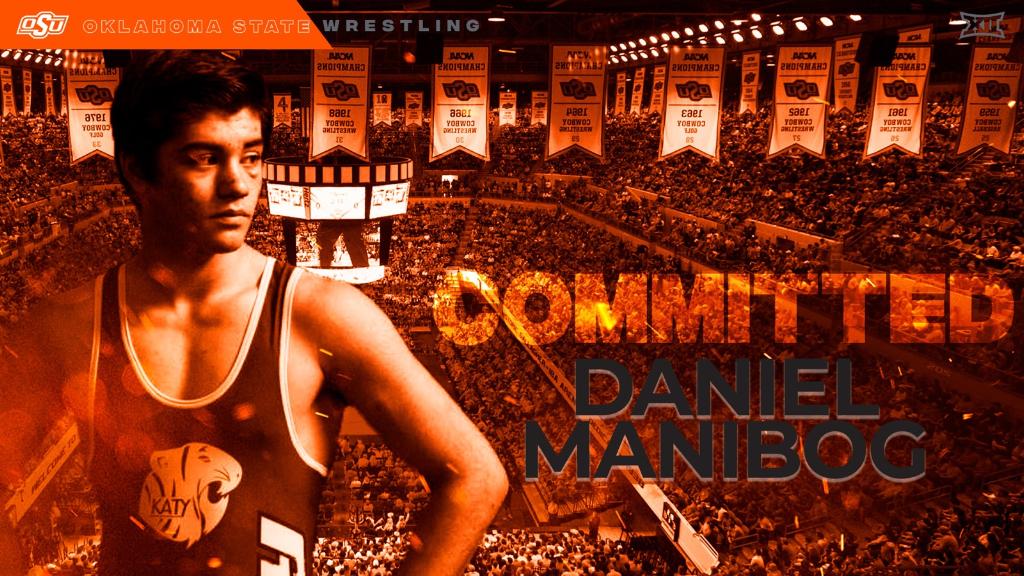 The Cowboys had an all-time week on the recruiting trail a few weeks ago, landing three of the top HS juniors in the country.

After that big week, we talked about a few of the remaining recruiting needs for Cowboys.

They may have filled that middleweight spot today with Daniel Manibog. Manibog is a Fargo All-American and ranked No. 9 in the country at 145 pounds by Flowrestling. The two time Texas state champion out of Katy came in on a visit over homecoming weekend. The sweet pepper bacon cheese fries at Joe’s really impressed Manibog and his family, and he formally announced his commitment on Monday.

This is a big pickup for the Cowboys. As we discussed there is a need at that size, but I also see a lot of upside with this kid. Wrestling has improved by leaps and bounds in the state of Texas. That’s crucial for OSU, due to the geographic recruiting advantage. But as a whole, wrestling just isn’t quite as strong there as it is in some of the more traditional wrestling regions. I really see Manibog as one that’s sort of flown under the radar because of that.

He put people on notice with his big run at Fargo this summer. There he knocked off a number of top-ranked guys and finished fourth. Ultimately I think the talent’s always been there, it just didn’t get the praise it deserved because he wasn’t wrestling as many big names in south Texas. Getting into the OSU room, Manibog could potentially really blossom.

As a high school senior I would expect him to redshirt next year, but with some guys graduating that season he’ll be able to contend for a starting spot his RS freshman year. He’s currently projecting as a college 165.

Manibog was being pursued by Ohio State, WVU, and others.

This will make the sixth commitment of the 2019 class with Colt Newton, Reece Witcraft, Brevin Balmeceda, Chance McLane, and Triston Wills.