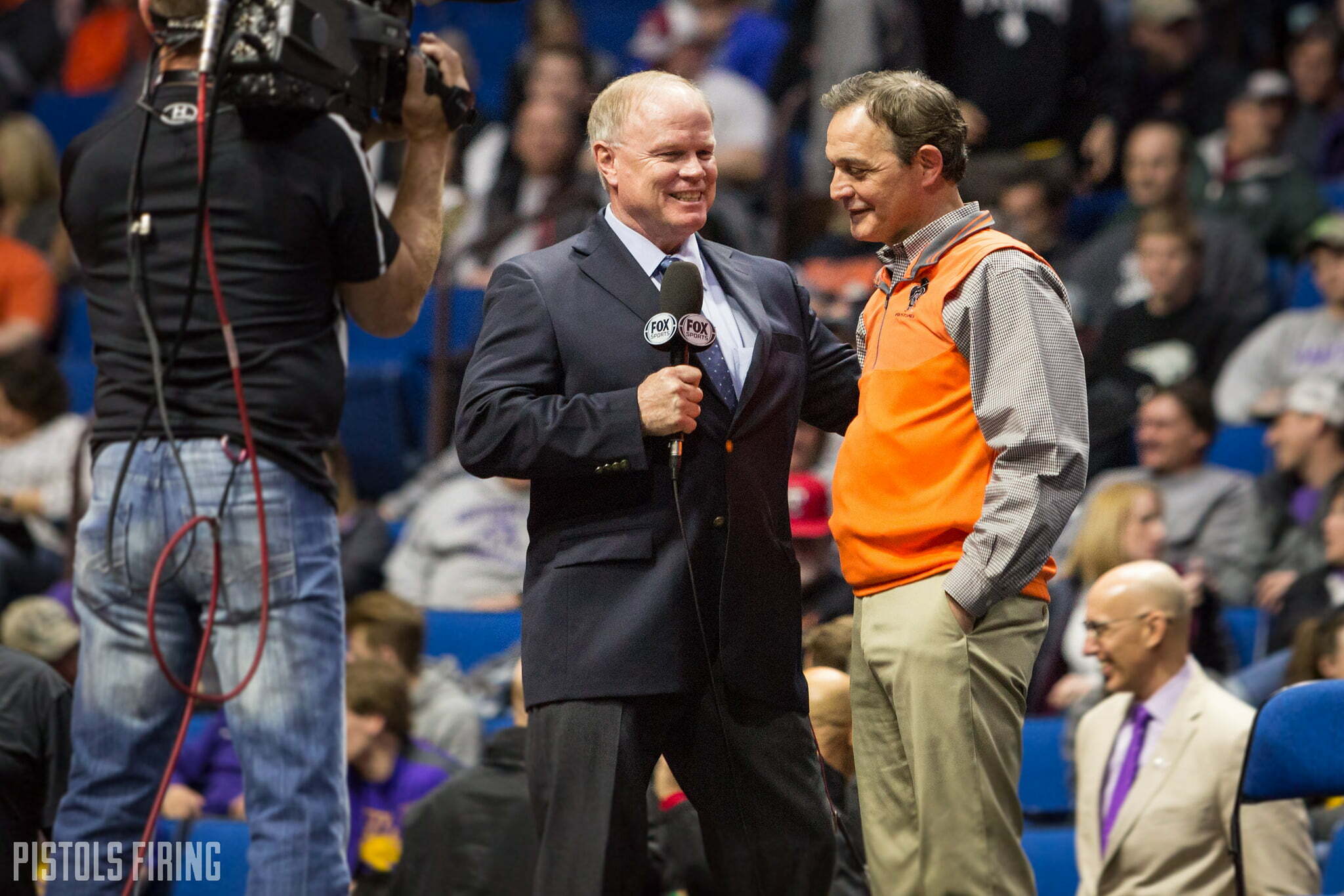 I broke down all the wrestling commitments so far on Sunday. It’s been a good few weeks in that department. So I thought I’d give my thoughts on some potential things to watch for with recruiting going forward. Here they are.

First off, some great work by the staff to land commitments from all those guys. All big-time recruits to set up a pretty bright future going forward. But there are still a few spots they could shore up.

They can bridge some of the gaps with guys currently in the room before they absolutely need wrestlers there, but when you’re looking long term you want three- to four-year starter options in those places.

This weekend OSU hosted Jace Luchau who’s in that 49-57 range and will next week host Daniel Manibog who’s at a similar size. Depending on where Balmeceda and McLane wind up you’ll need at least one more guy around this size. I would also add that Mastrogiovanni has a younger brother that is a similar size for this and could fill this potential gap in 2021. This is one spot where it would be great to have these guys, but there are people in the room to hold things down for later classes if necessary. Personally, I like Manibog a lot here. His size fit is ideal, he could probably go 149 or 157 and one person I discussed this with likened his recruiting to playing “money ball” meaning he’s a bit of an under the radar recruit that excels in key areas that will make him more successful at the next level than his high school wins and losses show.

One possibility at 125 is Jakason Burks, a class of 2020 wrestler who came in on a visit earlier this fall. But there’s a chance that he could put on some size as well and go up above 125. Daton Fix could be a 125 this year, but I don’t see him being a four-year guy there. If Jet Taylor stays down he would be solid here once Piccininni graduates. A Burks-level recruit would be big long term if none of the current commits turn out to be a 125 in college and he does. A few others I’ve touched on here before are Jason Henschel and Dominic Chavez. I think both could be good options.

One guy I’m routinely asked about is AJ Ferrari. The easy (but also not so easy) answer at the either/or 197-285 spot is Ferrari for the 2020 class. The “easy” part is that he would be the ideal size fit. Ferrari is really similar to Doucet in that he could be 197 or 285 depending on growth. Then one could bulk up and one stay down as we’ve seen OSU do a lot of recently at these weights. The “not so easy” part is that Ferrari is definitely being pursued by a lot of schools. He’s a blue-chip of a mold similar to Plott and Mastrogiovanni. He may end up being the top recruit in that class, which is a very good class. Ferrari is originally from the Dallas area and still has extended family there, but did recently make the move to Blair Academy. If the Cowboys can hold that connection and bring him in along with Plott, Mastrogiovanni, and Doucet the 2020 class for OSU could be the best in the nation.

I would also throw Braxton Amos in as a type who could be either a 197 or 285 and is a blue-chipper, though I don’t know what type of connection OSU has with him. I’ve been able to ascertain from various sources that the Cowboys have been pursuing Ferrari for a while. In a scenario where they don’t land either of those there’s a pretty highly ranked recruit at NEO around that size that plans to come to Stillwater after his time in Miami.

I’m often asked what OSU’s chances are with Ferrari? Specifically given that he and his family moved to Blair Academy in New Jersey where geography no longer favors the Cowboys as much. The ultimate answer is it’s tough if not impossible to know. He and his family will make whatever decision they feel is best for them. But there is something to note when it comes to recruiting Ferrari or really any blue chip recruit in that 197-285 range to include Amos.

Most of the other blue-blood programs have those sizes locked down with recruits coming in or that are already in the room.

To sum all that up Ohio State is the only other big name program that “could” have a spot for him where they aren’t unloading a bunch of scholarship money on two blue-chips at the same weight. And that’s only if 1) Ferrari doesn’t grow into heavyweight and 2) their current guy Gavin Hoffman doesn’t grow into 197. Ferrari could still probably walk into most of those rooms and win the starting job at whatever weight he chose, it’s just tough to know what kind of money those programs will offer when they already have scholarship money allocated there.

Fortunately, Oklahoma State isn’t in that scenario. They have Anthony Montalvo, who I think is a career 184, and will likely redshirt this year. Then some serviceable redshirt freshmen at the size, along with sophomore Dakota Geer who may go up to 197 eventually and would be a senior for a potential redshirt year for Ferrari. With OSU the equation is fairly straightforward. One of Doucet/Ferrari bumps up to 285 while the other stays at 197. It’s been a very successful pattern at OSU with both Austin Schafer and Derek White bulking to heavyweight while Preston Weigel managed the 197 spot.

With two big national names that could fill that slot, and most of the other big programs already having those weights addressed with current recruits, I’m sure the Cowboys are in heavy pursuit of both Ferrari and Amos. You have to think they would have a reasonable shot to land at least one barring one opting to go to a less traditional wrestling power.