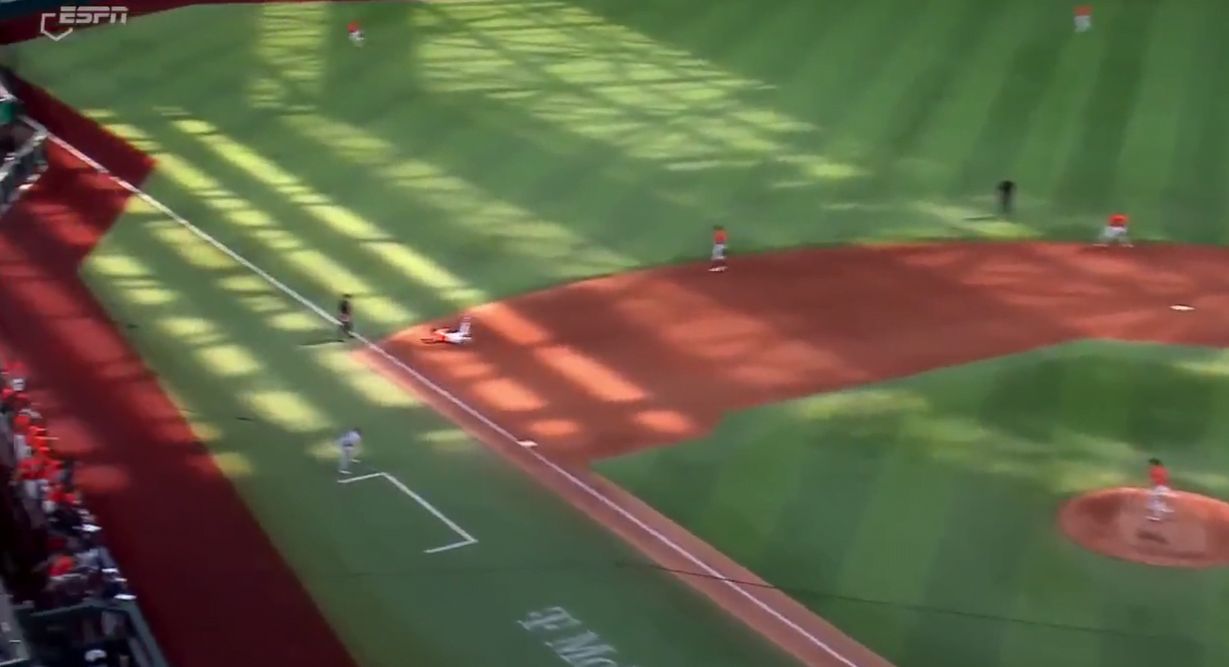 OSU star Nolan McLean, who earned All Big 12 honors this season as both a pitcher and a utility player, showed off the latter in spectacular fashion on Saturday as the Cowboys raced out to an early lead over Texas in the Big 12 tournament semifinals.

McLean fielded a ball blasted his way down the third base line and came up with an amazing diving effort to stop it, followed by what was an equally remarkable pop up and throw back to first for the out. You have to see it to believe it. (I’ve watched no less than 38 times and it gets more incredible with each passing view.)

Outside of the obviously spectacular play, I think my favorite part is probably how the cameras pan to McLean following the out as he just casually strolls to the dugout. Like, yeah, no big deal.

My second favorite part of this has to be the call itself on the broadcasting side. How good was that? Joey Zanaboni went above and beyond here.

“McLean! Doing glove work like an under-utilized … men’s (I think?!) warehouse employee.” I couldn’t exactly make it out but I thoroughly appreciated the gumption he gave it!

OSU by the way took a 6-0 lead to the bottom of the third after the out. It lost to Texas to open up Big 12 tourney play this week in Arlington but advanced Friday into the semifinals and is well within reach of taking home the title after the slow start.