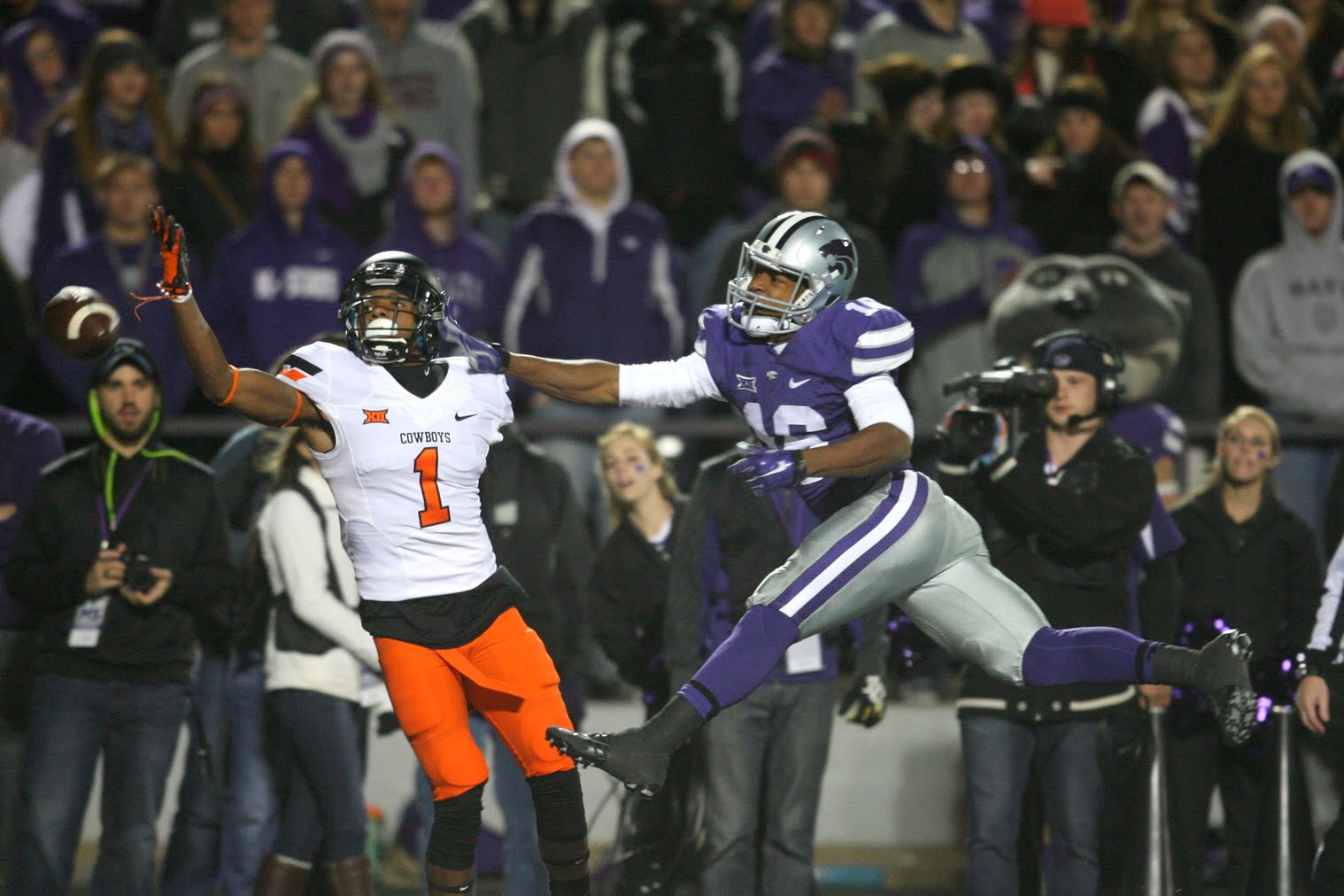 I posted my 10 Thoughts earlier (there was fire) but here are all my leftover notes from what was a pretty disappointing night in Manhattan, Kansas.

• How good was ABC’s editing in the pregame video? They made our offense look downright explosive!

• Maybe I’m alone here but I think KSU’s holding hands and walking off the field together is the coolest. I’d also probably think it’s the least cool if a team other than Kansas State tried it.

• Also the “FAMILY” glad their student section waves is tremendous. I’m all in on Kansas State.

• Do people think the RG3 commercial where he’s serving papers to other Heisman winners because he “trademarked” his saying is cool? Or is he making fun of himself? I’m confused.

• Gundy’s shirt was amazing. Tucked in, of course.

Will pay a large sum of money to obtain. pic.twitter.com/zP957ZfLp1

• Tyreek Hill reminds Matt Millen of LeSean McCoy? While we’re here, if you know the name and number of Millen’s agent, please email me.

• To echo what 300 people on Twitter said — I’m not sure letting KSU run kickoffs back was Gundy’s idea of keeping OSU’s defense off the field.

• I thought OSU ran more underneath routes on offense early on and then, inexplicably, went away from it even though it was working.

• Kevin Peterson’s long black undershirt was tremendous. So was his defense on Tyler Lockett…in the first half.

• Matt Millen said “caucus” during a live football game as if it was already Tuesday.

• KSU had 58 current or former walk-ons going into the Auburn game. Did I hear that correctly. Speaking of, I want to write a blog for Bill Snyder.

• Waters is a terrible thrower but he’s dang good at that run-pass option Tebow-ish play.

• Who had November 1 as the date of Tyreek’s first career rushing TD? That’s egregious.

• Daxx doesn’t slide like he can’t wait to see Mason Rudolph play too.

Matt Millan just tried to count seconds while a replay was in slow motion. #okstate

• Speaking of Millen, I think Tyreek is his new Broderick Brown. Gun to your head, did Brown ever take out a restraining order against Millen?

• Is it more likely that K-State is paying players or that Derek Jeter did steroids.

This dude from the Bachelor is in the house tonight. Apparently went to K-State. pic.twitter.com/KjDvmMMh3H

• This is boss. Nobody goes into Manhattan and torches Terrence Newman (except Rashaun Woods).

• This was roughing the passer? I get where you’re coming from, stripes, but that’s a rough call. Especially since Ryan Simmons intercepted that pass.

• How does Kansas State’s offense not put its 75-year-old coach to sleep?

• If you’re complaining about Tyler Lockett pushing off then you clearly have erased the Rashaun Woods era from your memory.

• This ended at three but…yeah.

Kendrick Perkins has 10 more points tonight than OSU. The end times are upon us.

• Sadly I laughed at this.

• The last time OSU scored 10 or fewer in three straight games was 2000. As in the turn of the century. Ramon Richards (of all people) saved us from a repeat.

• Emmanuel Ogbah is now one of three OSU players this century with nine or more sacks in a single season (Greg Richmond, Victor DeGrate).

#okstate scored more points in every single game in 2011 than it has in the last three games combined this season.

• (From Amilian — who helped with the 10 Thoughts): I have always been adamant about not busting out Christmas decorations, movies and music before Thanksgiving, but I’m changing things up at the house this year.

Given the spirit of Christmas is starting early in the house, here’s Kevin McAlister’s thoughts on OSU’s offense:

• (More from Amilian): The Pokes are at 5-4 with 3 games left and they will have a double digit win percentage probability in one of those: Texas in two weeks.

I’m not sure what a bye week between now and then does, but I don’t think it can hurt (although giving Yurcich tie to overthink things is scary).

Yurcich putting up big numbers in at least one category. pic.twitter.com/lWOxgy99Da