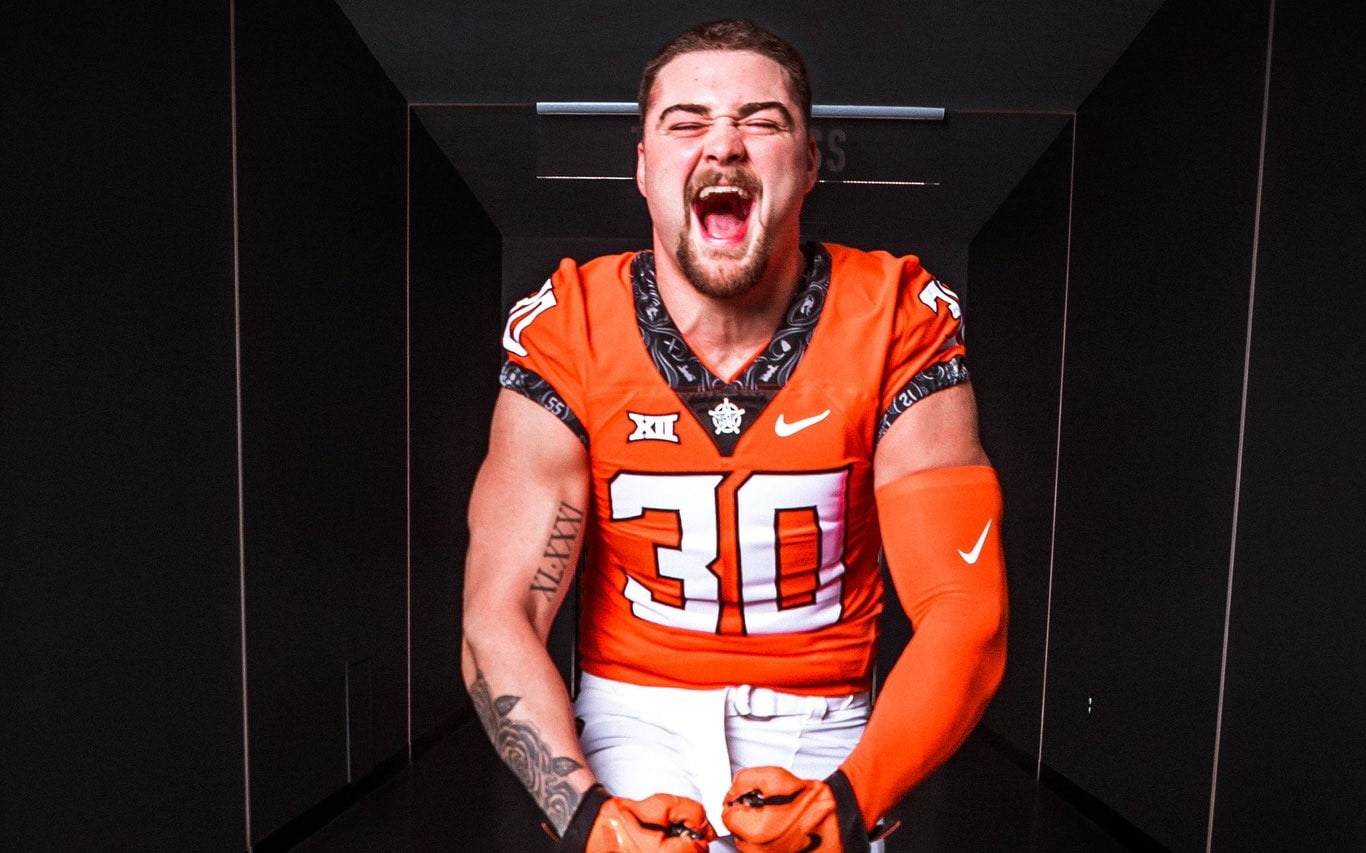 Wednesday was for the high school and junior college players, but Thursday is for the transfers.

Oklahoma State officially announced its seven known transfer commits Thursday. As of writing, the Cowboys’ transfer class ranks 11th nationally, according to On3, which is second best among Big 12 schools, trailing only TCU.

Here is an quick look at what Oklahoma State is getting.

In three seasons as Texas State’s starting left tackle, Dalton Cooper allowed only seven sacks on 1,382 pass plays, according to PFF. Another way to say that same stat is that Cooper allowed a sack on 0.5% of pass plays over the past three seasons. A Freshman All-American in 2020 and an All-Sun Belt performer last season, Cooper could make an immediate impact on the Cowboys’ offensive line in 2023 at a tackle spot.

Anthony Goodlow was a hot commodity in the transfer market, picking up offers from USC, UCLA, TCU, Arizona State, West Virginia and others, but the Cowboys were able to keep the Tulsa transfer close to home. Goodlow had 44 tackles, eight tackles for loss, two sacks and two pass breakups in 2022. In his Tulsa career, he had 113 tackles, 19.5 tackles for loss, 12 sacks, three pass breakups, a forced fumble and a fumble recovery.

Kenneth Harris had 71 tackles, three interceptions and 22 pass breakups across the past three seasons at Arkansas State. After hitting the transfer market, Harris picked OSU over reported offers from Ole Miss and Memphis. Harris played particularly well in 2022, recording 36 tackles, 4.5 tackles for loss, an interception and 10 pass breakups. With Jabbar Muhammad transferring to Washington, Harris could make an immediate impact in Stillwater next season.

OSU’s latest portal commitment, Noah McKinney still has four seasons of eligibility remaining after redshirting at UNLV this past season. McKinney was a three-star prospect in the 2022 recruiting class who chose to stay in his home state over offers from Syracuse, New Mexico and Texas Southern. After signing four offensive linemen Wednesday, McKinney essentially adds to that class but already has the experience of a Division-I season.

A big-bodied pass catcher, De’Zhaun Stribling had 51 catches for 602 yards and five touchdowns this past season for Washington State, following up a solid 2021 that saw him catch five more touchdowns. Stribling chose Oklahoma State over a transfer offer from Pac-12 champion Utah. The Cowboys will be looking to replace some production at wide receiver entering 2023 with Braydon Johnson exhausting his eligibility and Langston Anderson entering the transfer portal.

Sean Tyler ran for 1,000 yards the past two season at Western Michigan, finishing his Mustang career with 2,830 rushing yards and 23 rushing touchdowns. He is also dynamic in the return game. In the past two seasons, Tyler has scored on three kickoff returns. Tyler joins a backfield that lost Dominic Richardson to the transfer portal. It could be a Chris Carson/Justice Hill-esque thunder and lightning duo with Ollie Gordon and Tyler.

The player who started off Oklahoma State’s tear in the transfer portal, Justin Wright led the Golden Hurricane with 101 total tackles in 2022 while also recording 10.5 tackles for loss, two sacks, two interceptions, two forced fumbles and a fumble recovery. In 39 games in his Tulsa career, Wright had 254 tackles, 27.5 tackles for loss, 7.5 sacks and four interceptions. Wright should make an immediate impact in 2023 with former OSU linebacker Mason Cobb transferring to USC