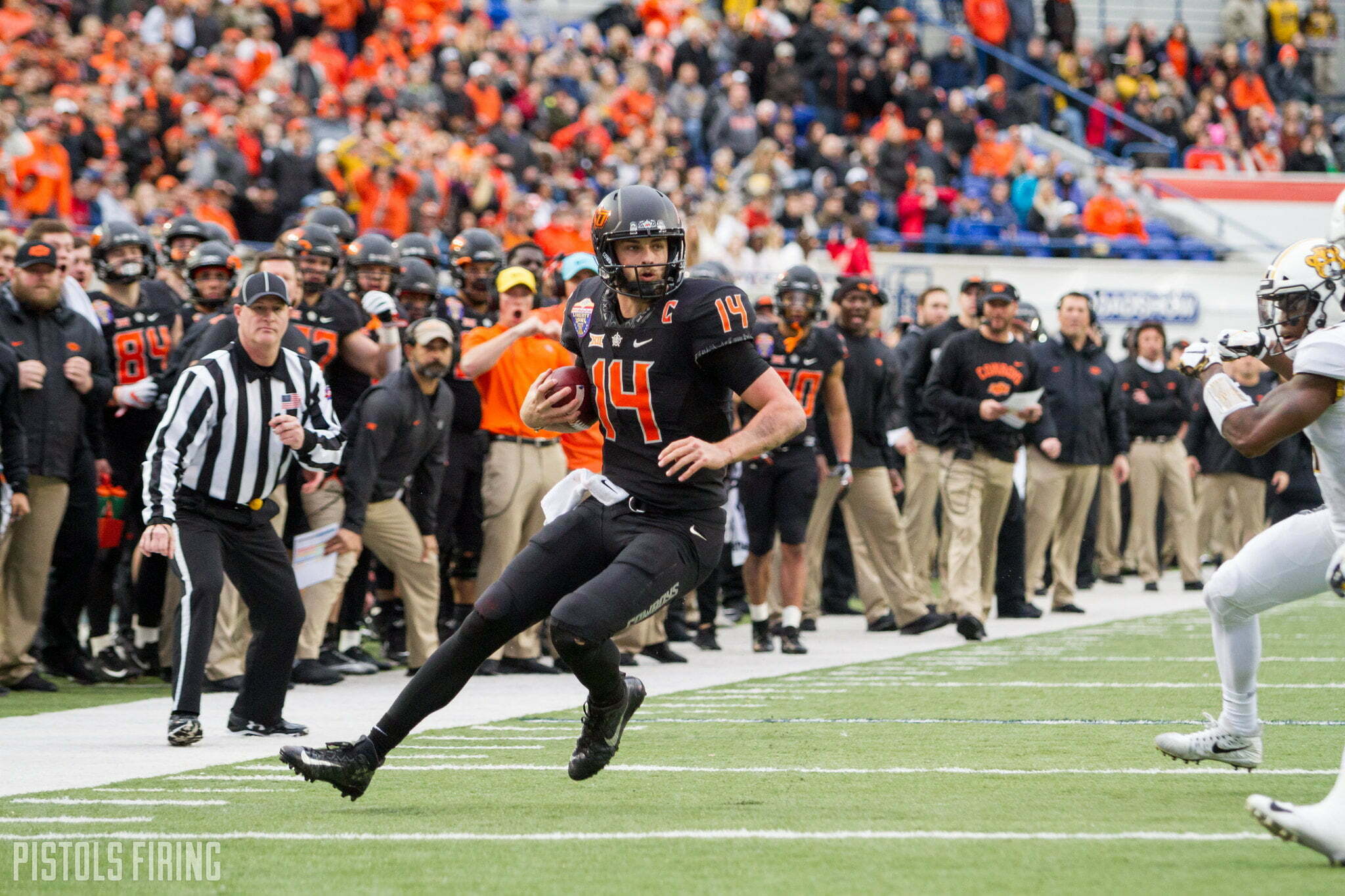 Oklahoma State’s offense was good, not great (by Oklahoma State standards) in 2018, but its defense was no where near where it needed to be during Jim Knowles’ inaugural campaign as DC, as even Knowles would admit.

But the Cowboys defense did manage to do well in two specific categories in 2018. (The first you’ve probably already said aloud before you got to this sentence.) They led the Big 12 in sacks and came in T12th nationally with 39, which ranks as the sixth-best season at OSU since they started tracking the stat in 1981.

The other was their ability to limit offenses in the red zone. The Cowboys led the Big 12 in red zone conversion percentage, allowing scores on only 73.6 percent of opponents trips inside their 20.

But that’s not the most accurate state when it comes to score-zone effectiveness, or at least it doesn’t paint a complete picture. Other things can affect that like a windy day or an inconsistent place kicker. [Pulls out soapbox and climbs up]

A couple years ago I started tracking Big 12 teams (offense and defense) by how many points they scored or allowed per red zone trip, or PPR for short. It’s about as straightforward a way as I can think to gauge red zone effectiveness while still giving credit to the defensive team for blocked kicks, good kick coverage, etc.

Again, it’s pretty simple. How many points were scored per red zone attempt? (TDs automatically count as 7 points, field goals as 3.) This weighs heavy in favor of offenses that find pay dirt instead of settling for 3, and vice versa for defenses who force a field goal while backed up in their own end zone.

We’ll start with the Cowboys offense, which somewhat surprisingly turned in its best finish since 2015, scoring 5.4 points per red zone trip.

For reference, Oklahoma led the league scoring 5.5 PPR last year and Texas Tech was second, a couple hundredths of a point ahead of OSU also at 5.4. (I’m rounding to the nearest 0.1.)

The Cowboys defense turned in its best PPR since that legit 2013 defense, allowing 4.4 points per red zone trip, the best mark in the Big 12.

That’s a promising number for a defense that was lacking in most other statistics league-wide, and it’s something Jim Knowles says he can build upon moving forward.

“We finished in the top 10 in sacks and red zone defense and everything else wasn’t good enough,” said Knowles at OSU’s golf media availability. “That’s a starting point. We have a couple of things we did well, but everything else has to improve. Another year in our system and getting our guys comfortable challenging and contesting, you know, treating every play like a game, we’re going to make improvements.”