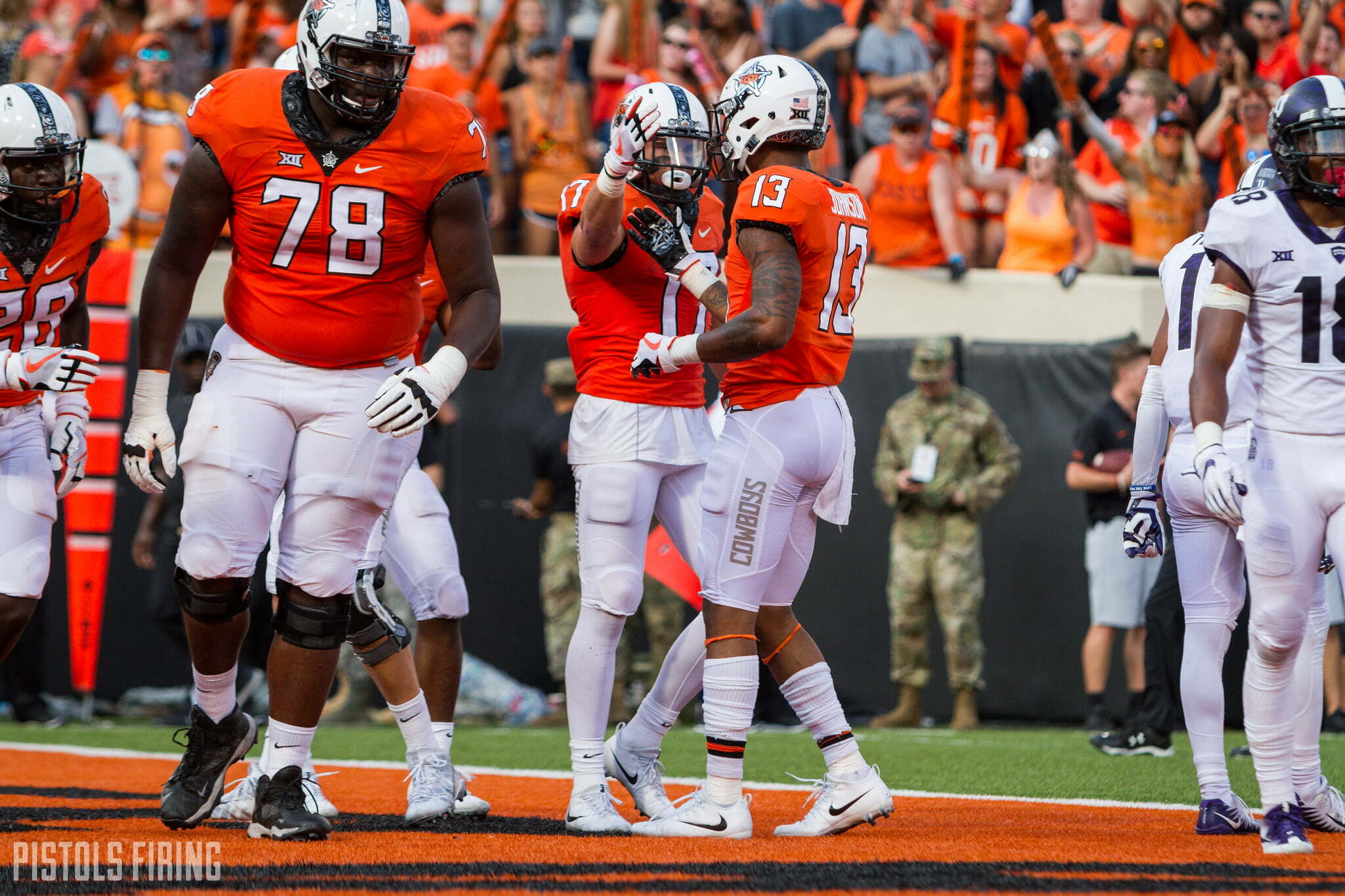 The first CFP rankings are out, and Oklahoma State is a humble No. 11, behind a top four of Georgia, Alabama, Notre Dame and Clemson. OU is No. 5 which sets up a Bedlam matchup of top 11 teams for the second consecutive season.

This doesn’t mean a whole lot considering we still have another month until the four-team playoff is determined. For now, it’s good enough that OSU is still one of the 14 teams legitimately in the conversation for the playoff.

Also of note: OSU is one of only five teams that has been included in every set of CFP rankings since the beginning of 2015. The four other schools are Alabama, Clemson, Michigan and Ohio State.

So much of how this plays out is dependent on what happens this weekend in Bedlam. If Oklahoma State can figure out how to wriggle its way into the Big 12 Championship game in December at 11-1, it has a real chance to play in the Rose or Sugar Bowl on January 1, 2018. Obviously if they lose, they’re out of the whole thing altogether.

But for now, considering they don’t have any good wins on the schedule yet, No. 11 is a nice spot to be sitting. Especially with a nice view of would-be contenders out in front of them. It’s probably theirs if they can take it. The hard part will be figuring out how.