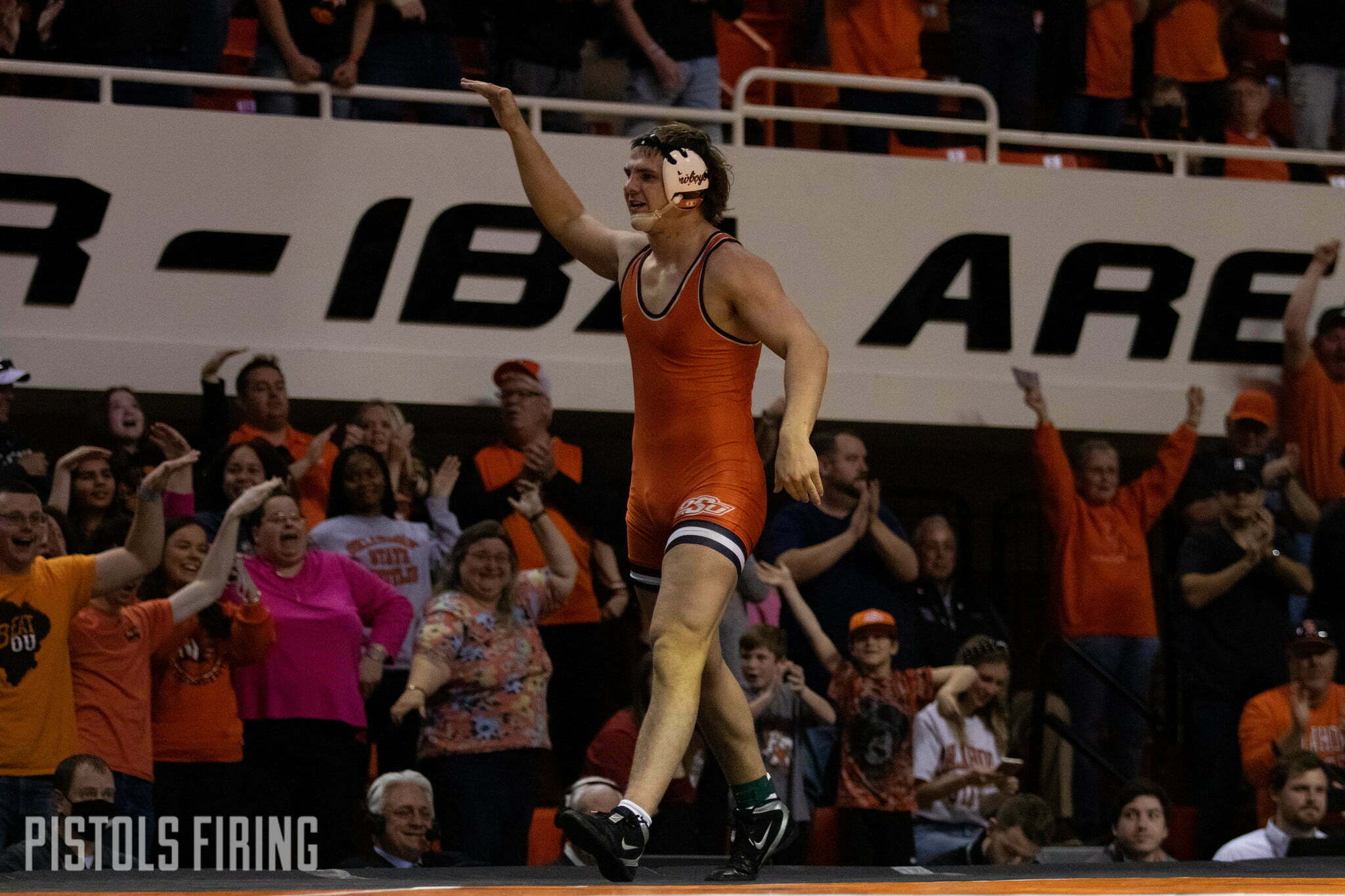 Bedlam lived up to the name today in one of the wildest duals in recent memory.

The Cowboys got off to a really slow start. Kicking things off at HWT, Konner Doucet fell in rideouts to Josh Heindselman. At 125, OU’s Joey Prata knocked off Trevor Mastrogiovanni with a third-period rideout as Mastro’s struggles from bottom continued.

Daton Fix got OSU on the board with a 14-5 Major Decision over Wyatt Henson. The Cowboys then dropped the next two at 141 and 149 with Mosha Schwartz getting an upset over Carter Young and Mitch Moore beating Victor Voinovich in sudden victory.

OSU got back on the winning side next at 157 with Kaden Gfeller beating Jacob Butler to make the team score 12-7. But a last-second escape for OU’s Gerrit Nijenhuis at 165 put OSU down 15-7 with just three matches remaining.

Mathematically, the Cowboys needed to either win all three matches or score some significant bonus points to make a comeback. They did both. Dustin Plott kicked things off with a dominant tech fall completely gassing out Darrien Roberts 22-6. Travis Wittlake followed things up at 184 winning a back-and-forth battle with Greyden Penner that ended with a stall call on Penner sending things to overtime, then a takedown for Wittlake closing out the match.

Wittlake’s win tied things up at 15, with 197 becoming the deciding match. Then Luke Surber became a Bedlam legend. Surber, taking on former Cowboy Keegan Moore, countered a throw attempt from Moore to put Moore on his back and get a fall to win the match and dual for Oklahoma State. Just an absolutely wild finish in Norman to give Oklahoma State their 16th straight Bedlam win and move the overall series record to 148-27-10.