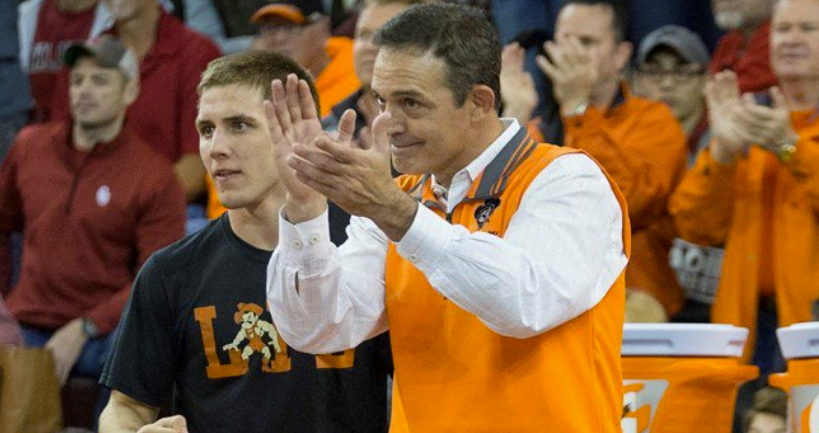 Oklahoma State wrestling throttled the Sooners on Friday evening in Bedlam, with a final score of 33-3.

“The scoreboard looks good,” John Smith said after the match. “I felt like we didn’t impose our will on some of the matches. Where you really felt like it was lopsided and here we go 0-0 in the first period. Those are the things that teams don’t quite get there if it happens.”

Overall, though, the Cowboys dominated the match and extended their streak of three-straight matches to open the season won by 30 points or more. It’s a good start to Bedlam weekend with 1 down, and 1 to go. The Cowboy football team faces Oklahoma on Saturday morning at 11:30 for the Big 12 title.

Since we’re keeping track, the all-time Bedlam series record in wrestling is lead by the Cowboys: 138-27-10.

See what Coach Smith had to say about tonight’s 33-3 #Bedlam win. #okstate pic.twitter.com/dA3l0ldINV