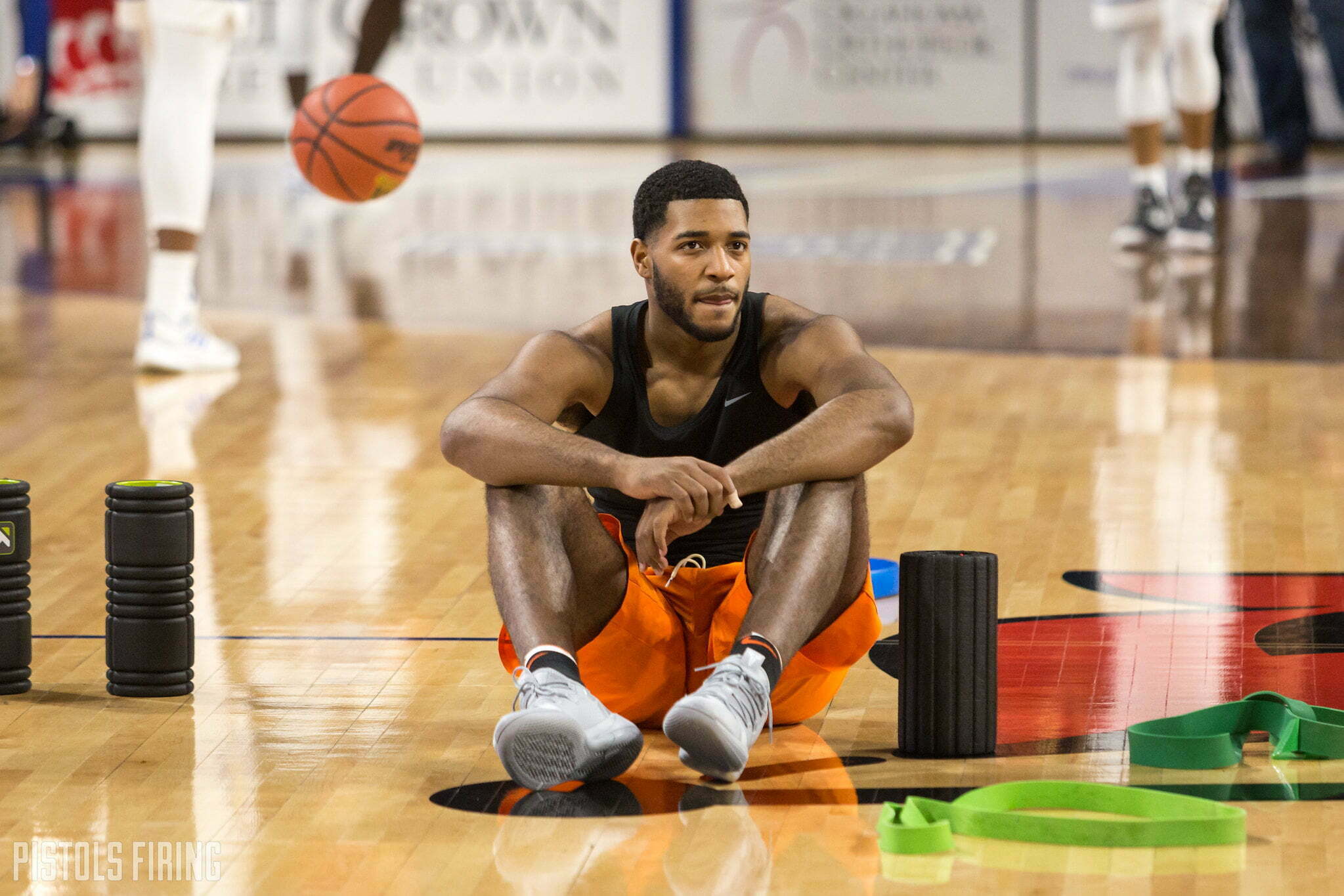 INDIANAPOLIS — Mike Boynton brought in a big 2018 recruiting class, but Isaac Likekele is the only member of that six-man class who is still a Cowboy.

Likekele will face off against a former classmate Sunday in the Second Round of the NCAA Tournament, as Oklahoma State plays Oregon State and Maurice Calloo.

Calloo played in 16 games as a freshman at OSU during the 2018-19 season before he was dismissed from the program following a vandalism investigation.

Likekele said he keeps in contact with Calloo and most of the guys he came into college with despite them all now being at different schools.

“He’s a great player,” Likekele said. “I root for him the whole year. I’ve been watching multiple games. I always like to see other people’s success. I find joy in other people’s success, especially people that I know, that I consider my friend. So, I just hope he goes out there, and I hope he plays good but just not good enough to beat us.”

Likekele added that he rarely talks to Calloo about basketball and mentioned he also still talks to Yor Anei, Duncan Demuth, Kentrevious Jones and Mike Cunningham, who joined that freshman class as a transfer.

That group went on a summer trip to Europe with the Cowboys before that 2018-19 season but have since dispersed all around the country, Calloo at Oregon State, Demuth at Vermont, Anei at SMU.

Calloo has been a key bench piece for the Beavers this season. In the Pac-12 Championship game, he came off the pine and scored 15 points. Against Tennessee on Friday, Calloo scored six points in 14 minutes.

OSU coach Mike Boynton said he has seen Calloo the most among former players. Calloo spent last season at Indian Hills, a junior college where Boynton was recruiting another player.

Although some of the OSU faithful are looking to a potential Sweet 16 matchup against former OSU coach Brad Underwood, the Cowboys will have a tough test against another former Cowboy on Sunday.

“That group gave me a few more gray hairs than I had hoped,” Boynton said with a chuckle. “I said this when those kids left, it’s unfortunate. A couple of them made some tough decisions as people do sometimes. There’s consequences. There’s a level of accountability in our program that we don’t compromise.

“I’m certainly happy for the guys that have gone on to have success at other places. That’s always my wish for those guys. … I always try to wish for the best for those guys. I hate that it didn’t work out here, but I’m glad that a few of them are finding success. I hope they all do. … I don’t wish Mo very good luck tomorrow, but I’ll wish him luck at any other game he plays for the rest of his career.”