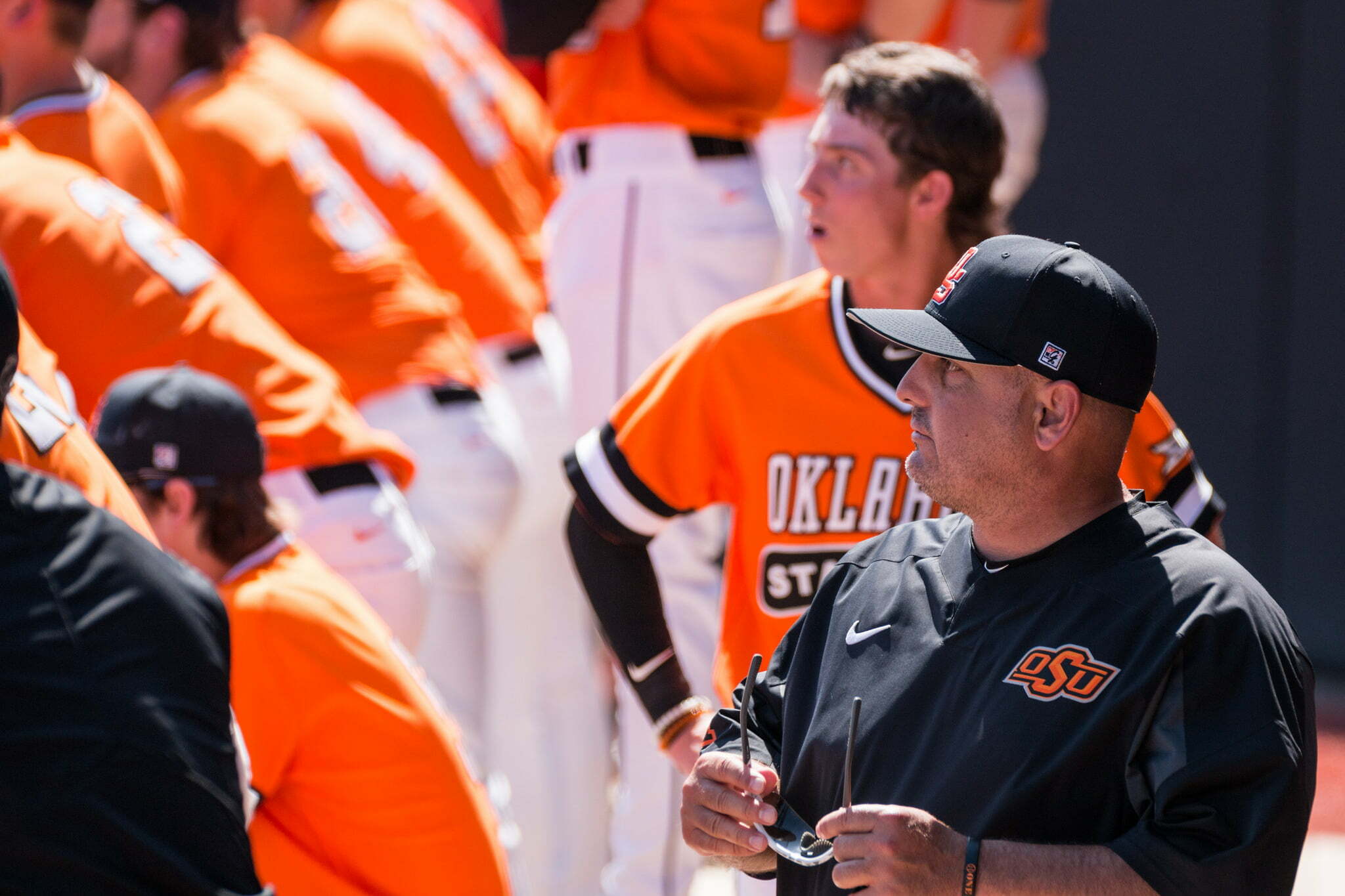 Oral Roberts defeated Oklahoma State 14-6 on Saturday at the Arkansas Regional, but the Cowboys’ season ended as soon as the ball left Jeremy Eierman’s bat on Friday afternoon in a 6-5 walk-off loss to Missouri State. That’s nearly an impossible blow to recover from, and OSU did not on Saturday.

ORU went up 10-1 after four innings as pitching coach Rob Walton toyed with a variety of combinations of pitchers but couldn’t really find the right one. Starter Joe Lienhard gave up four runs and was eventually given the loss. Five ORU hitters had two or more hits including Michael Hungate who had four, a home run and five RBIs.

Though the Pokes showed some fight in the middle of the game, the hole they dug was too big too early, and the best they could do was a four-run 5th inning in which Ryan Sluder doubled in two runs and Michael Neustifter singled in two more. OSU went quietly late as they could only muster three hits in the final four and 1/3 innings.

“It’s a tough way to see the season come to an end,” said head coach Josh Holliday. “We’re obviously disappointed. I told the kids after the game, what we set out to do as a group and as a program is something we will continue to work towards always. That is to try to be great at something and give the best we have each and every day.

“These last two weeks these kids have done an unbelievable job at doing that for us and for each other, for the school, for the program. I’m incredibly proud of the way that we played our way into this situation to begin with, the way we played to get here … and really the way we played when we got here. Today wasn’t an easy day for us. We played a very good offensive team that did a good job of putting the bat on the ball and it is what it is. We never quit. We handled ourselves with class and competed hard.”

In some ways, it’s fitting that ORU was the Pokes’ eventual undoing. OSU went 1-3 against the Golden Eagles this season including their final three in a row. Other than their absurd run from last week through the Big 12 Tournament in OKC, OSU just couldn’t seem to match teams late in the season.

It’s always sad when seasons end, of course, but OSU has reason to be optimistic about the future. It loses just five seniors, albeit faces of the program like Trey Cobb, Tyler Buffett and Ryan Sluder who fell a game shy of getting into the top 10 all time in appearances (212).

“These two seniors to my left and the rest of the young men who came in with them … if every four years our group can have the experiences these kids have had we’re in an awfully heathy place,” said Holliday.

“When I look at all of their contributions at OSU, academically, personally, socially and certainly on the baseball field, I am amazingly proud of them,” Holliday added. “I want to celebrate them and thank them for an unbelievable commitment to the program. These kids here to my left could have signed and played professional baseball last year – they stayed. They stayed to continue building what we started and I’m grateful to them and I’m proud of them.”

Buffett, who gave up five earned runs on Saturday, posted this on his Instagram page after the game.

Will forever be grateful for the OSU baseball program and the last 4 years I was a part of it. To all the men who coached, trained, and played alongside me: thanks to you, I have truly learned what it means to play on a team. I cannot believe it’s already over but I am overwhelmingly proud to be able to call myself an Oklahoma State Cowboy.

“It sucks but I can hold my head up high,” Sluder said of his final game. “We could have quit before we went to face OU and we decided to fight. I feel like the one thing we came is a group – me, Cobb, Buff – said we wanted to leave this place better than we found it and I think that ultimately we’ve done that. I’ll be able to hold my head high.”

OSU ended the season with a 30-27 record, but its legacy from this season will likely be far more impressive than the record shows. That magical run through the Big 12 Tournament last week felt like it set the table for 2018 and beyond no matter what happened this weekend.

“Historically, this is the place to be for baseball, and we got a taste of that the last 20 days,” said Buffett. “Now the younger guys know what it’s going to feel like when they do it next year.”

OSU is now 25-18 in postseason play (Big 12 Tournament, Regionals and CWS) under Holliday.