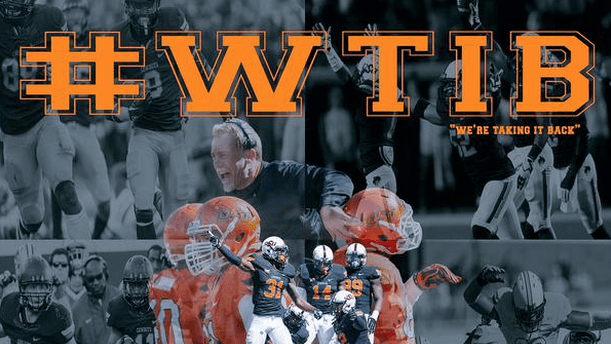 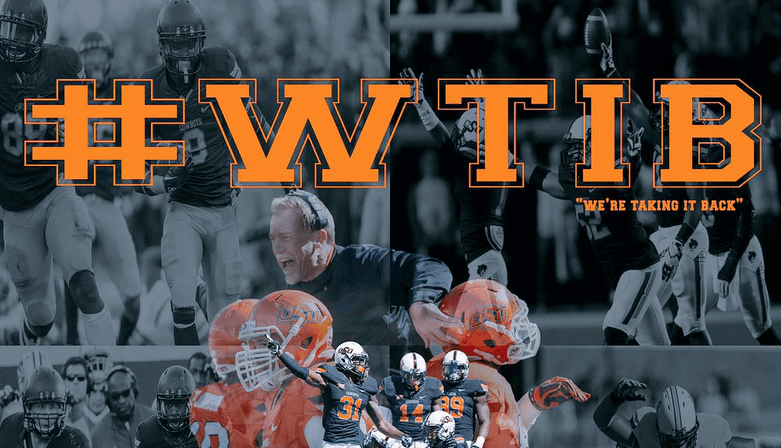 I have, on some medium in the not-so-distant past, offered up my feelings about the college football hashtag game such as Texas A&M displayed in recruiting over the past few years (that got really weird, by the way).

In as few words as possible: Dumb.[1. Really though, who cares as long as we win 10 games. It was just getting late in the day and I needed something to post about.]

So imagine my incredulity on Tuesday when Glenn Spencer tweeted the above photo depicting the tag #WTIB which apparently stands for “we’re taking it back.”

What exactly are we taking back in this case? The Big 12 title? The ball after a punt? Everything we’ve ever said about Le’Bryan Nash?

Oh wait, we have context!

We must be obsessed with one purpose, one goal, one desire. Our existence is for one thing. Take our ball back. OSU Defense #WTIB

So maybe this is actually a genius marketing campaign because the phrase can be applied to anything EXCEPT UNFORTUNATELY FROM MIKE HOLDER’S LAWYER TO TRAVIS FORD.

Oh, and maybe the O’Colly should have used this one shortly after it skewered Mike Gundy last season before the football team got to it.