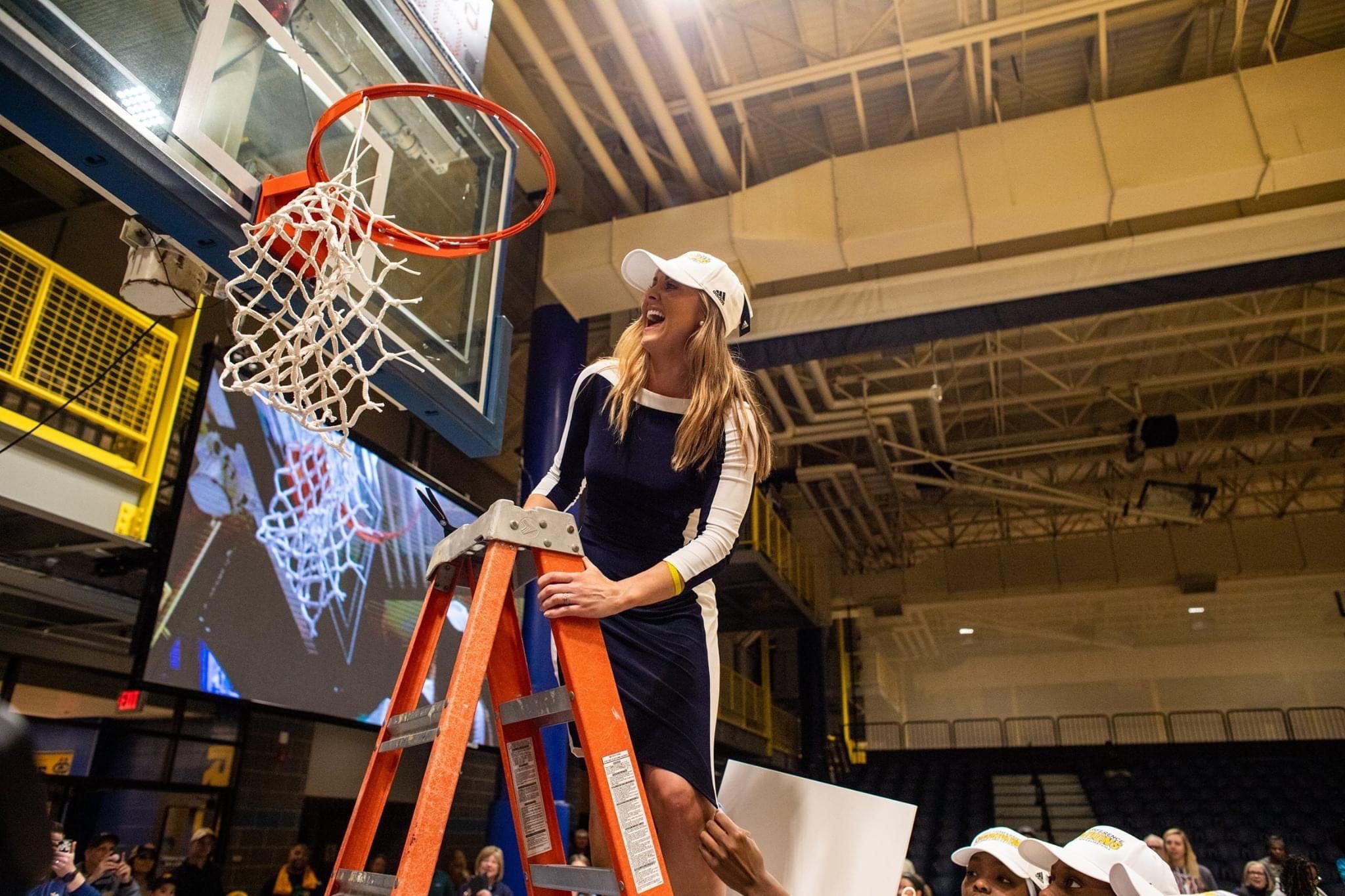 Oklahoma State announced the hiring of Kansas City’s Jacie Hoyt on Sunday as the Cowgirls’ eighth coach in program history.

Hoyt, 34, has spent the past five seasons with the Roos program, amassing an 81-65 record. She led Kansas City to a WAC regular season championship in 2020, a season where she was named WAC Coach of the Year. OSU becomes her second head coaching job after also spending time as an assistant at Fort Hayes State, Nevada and Kansas State.

“There are a million reasons to be excited about Oklahoma State,” Hoyt said in OSU’s release. “First and foremost, it’s the people and the leadership there. Everyone I’ve had conversations with at OSU aligns with the beliefs and characteristics that lead to success. It’s the community as well. OSU has a fan base that supports the program and we are passionate about giving them something to proud of.”

Since joining the Division I ranks in 1987, Kansas City has four 20-win seasons. Two of those have come under Hoyt in the past five years.

Kansas City went 23-9 this past season, bowing out in the first round of the NIT. The Roos averaged 71.6 points per game while shooting 35% from 3 and 77% from the foul line.

Hoyt graduated from Wichita State in 2009, where she played for the Shockers. She started every game at point guard during her last two seasons. As a high schooler at Hoxie (Kansas), Hoyt scored 2,016 points in three seasons.

“When we started the search for the next head coach of OSU Cowgirl Basketball, we were looking for a program builder, someone with high integrity and energy, a role model for our student-athletes and a recruiter with experience attracting Big 12 caliber players,” OSU Athletic Director Chad Weiberg said in the release. “We believe we have found that in Jacie and I look forward to our players and fans getting to know her.”

Her appointment is subject to board approval and background check.