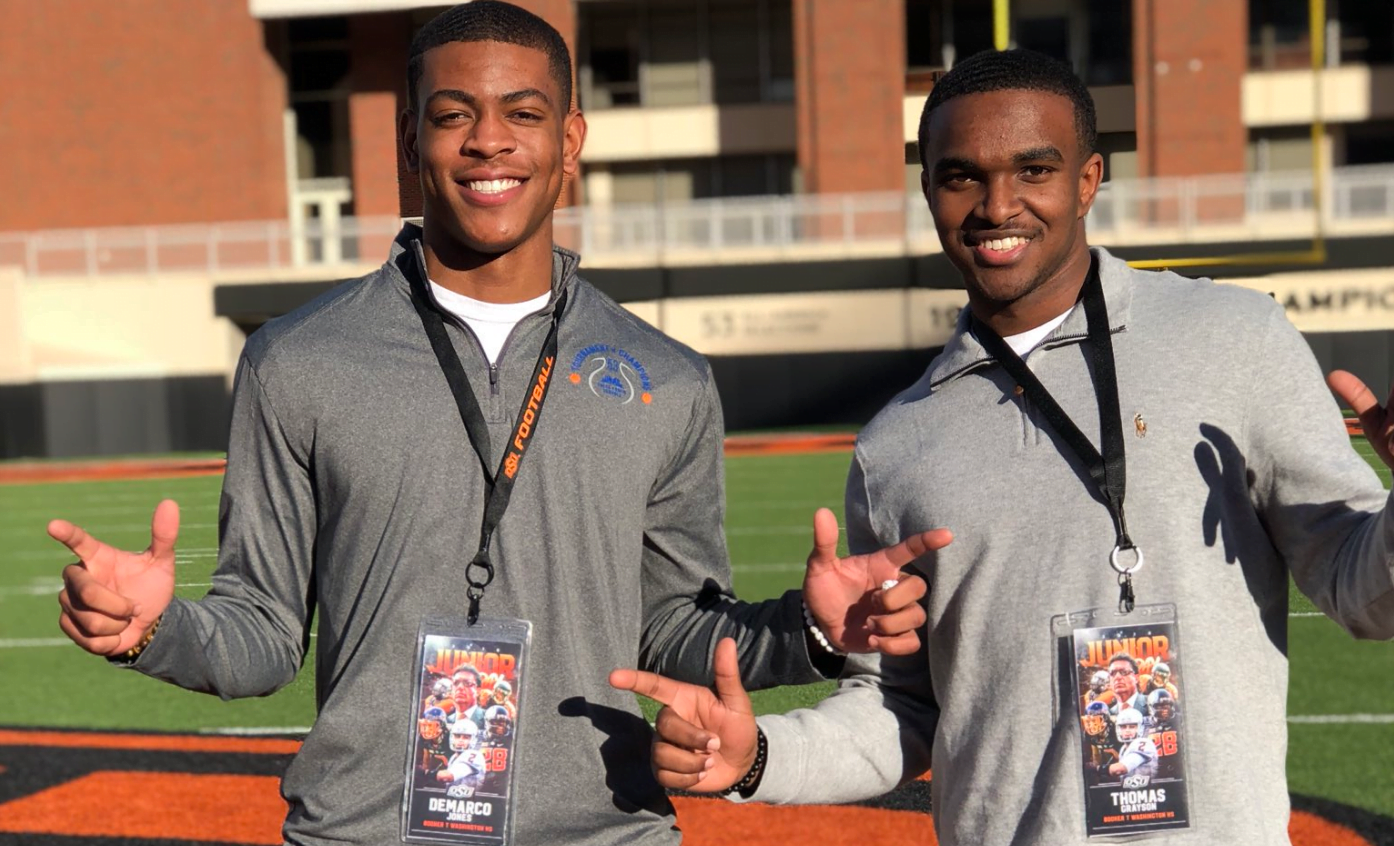 The final junior day of the season wrapped this weekend, and Oklahoma State made it the biggest one to date. Over 65 underclassmen made their way to Stillwater for a chance to visit the facilities, meet with coaches and get a feel for campus.

And OSU coaches were busy with new offers and plenty of big names roaming the halls.

We’ll recap an offer update later today, but for now, here’s a look at the notable underclassmen who were on campus. Because the list is so big, we’ll keep it to the ones you need to know, and include a tidbit on each.

As a junior last season, Shenault caught 60 passes for 791 yards and six touchdowns. Oklahoma State extended an offer to the DeSoto standout last May, and while they remain in the mix, they are fighting an uphill battle against Colorado. The Buffaloes have the upper hand in this one with his older brother, Laviska, signing as part of the 2017 class.

Oklahoma State extended an offer to 2019 DT Carl Williams less than two weeks ago, and he made the haul up to Stillwater to get a glimpse at everything in person. He’s got nine offers and counting, including OU, Arkansas, Houston and several others.

Oklahoma State was the first to offer 2020 CB Lorando Johnson last Janury, and he’s remained in close contact with the staff ever since. TCU, Baylor and Tulsa have entered the mix during the past year, but OSU’s in a good spot and had good success recruiting Lancaster of late, most notably snagging QB/WR/ATH Tyrell Alexander in 2016.

Like Johnson, Quinshone Bright also had his first orange-and-black tinted scholarship offer last year. The 5-foot-8 speedster from Cedar Hill is a WR/ATH who could play the defensive side of the ball at the next level. Baylor is the only other school that has offered.

Mesquite Poteet running back Seth McGowan, a 2020 prospect, was one of the more intriguing names on campus. He picked up an OSU offer last week and is nearing double digit offers from the likes of Arizona State, Baylor, Nebraska, Arkansas and others.

Booker T. Washington running back Thomas Grayson, a Class of 2019 star, paid a visit to Stillwater alongside teammate and cornerback Demarco Jones. Neither have OSU offers — yet — but OSU has been in contact with them, among others from the school, for some time.

Who else was on campus this weekend?