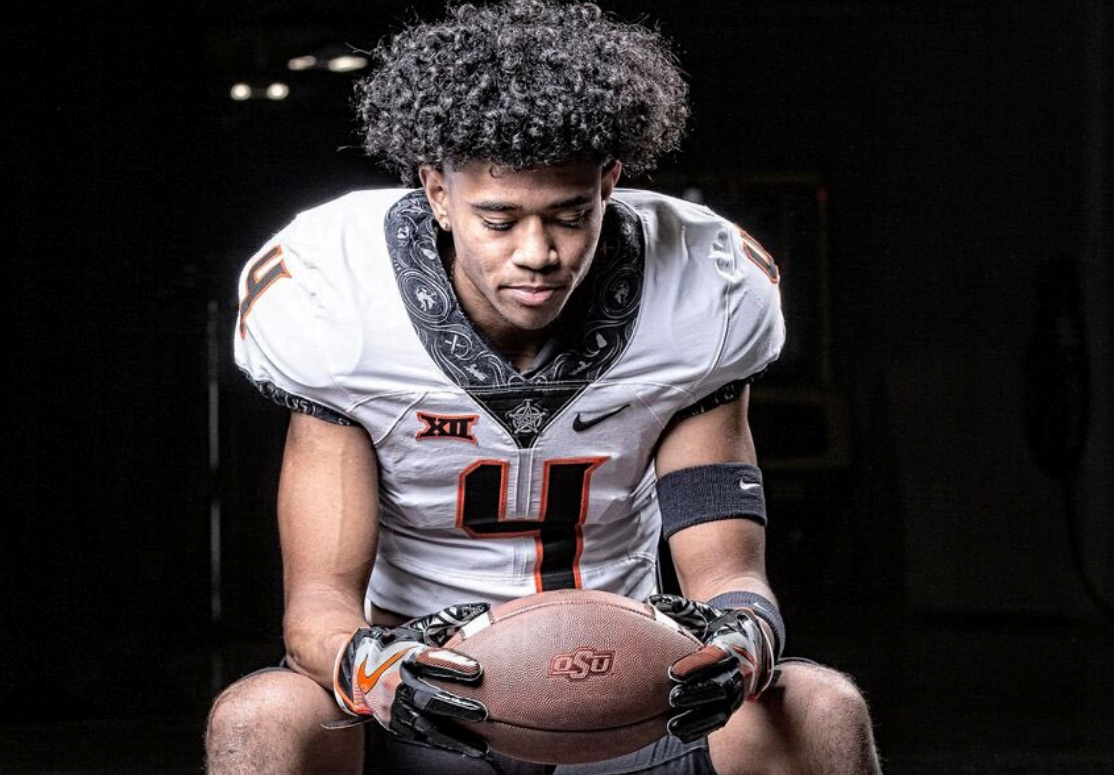 With just over a week remaining until the early signing period begins, OSU took advantage by hosting some of its top commits and recruits together on campus this past weekend. According to GoPokes.com, 11 in total made the trek to Stillwater.

The list of recruits ranged from current commitments like defensive tackle Sione Asi and quarterback Brendan Costello to recruit-turned-running back commit Dezmon Jackson, who committed after his visit. Here’s a rundown of each player and where things stand.

Asi committed to OSU over New Mexico on Dec. 4. He told GoPokes.com that the visit only firmed up his commitment and that he’s excited about the place he already feels is “home.”

“[The visit] went really well and honestly, it confirmed and helped with my decision from earlier this week,” Asi said. “I feel real comfortable with all the coaches, Coach Gundy and the staff, and Beni (Tonga) makes me feel like I am at home.”

Asi is coming from Snow College, where OSU has had success recruiting over the years under Mike Gundy. He’s ranked by 247Sports as the No. 14 player at his position coming out of the junior college ranks.

OSU has been in need of a running back, and it finally got one in junior college standout Dezmon Jackson. He’s a Hutchinson C.C. product who, with a 6-foot, 220 pound frame, picked up close to 10 scholarship offers before picking the Cowboys this weekend. K State, Ohio, South Dakota, Grambling State and Chattanooga were also in the mix.

Jackson talked with Mark Cooper of the Tulsa World and he said the place felt “right,” calling it a family-oriented atmosphere that made him feel at home. As for what he brings to the table, he basically described himself as Chris Carson 2.0. ?

“I’m both a physical runner and I can beat you with speed,” he said. “I can be a finesse back and a power back. I’m not one-dimensional.”

You can read more about the new Dez here.

Costello picked up a late-cycle offer from Georgia, but he’s remained firm with the Pokes. Mike Yurcich recently paid Costello a visit in San Clemente, and Costello returned the favor this past weekend by knocking off his official visit with some of his future teammates.

A listed dual-threat QB, Costello completed 167 of his passes this past season for 2,328 passing yards and 22 touchdowns to only 5 interceptions. He also ran the ball 108 times for 658 yards and 9 scores. You can read more about him here.

Boomer is from down the road out of Collinsville, Okla. He committed to Oklahoma State last November over offers from Ole Miss, Michigan, LSU, Iowa State and others, and has not wavered. He’s going to be a big-time player and has pro talent at the tight end spot. He and Jelani Woods are going to be a problem.

Ford is perhaps OSU’s most intriguing overall talent in this class to me. He was both a pass-rusher and pass-catcher for Edmond Santa Fe, and he has lightning quick burst off the edge that will make him a real threat in Jim Knowles’ system.

He committed to OSU in late August over Baylor, Utah, Arkansas and a handful of other high-major offers.

Demarco Jones committed to OSU in February of this year and shut his recruitment down, much like former Booker T. standout Justice Hill did during his recruitment process. Jones is a long and skilled athlete who, according to 247, runs a 4.70 40-yard dash and posted a 37.80 inch vertical back in April. He’s got big upside as a corner in OSU’s corner-reliant system.

Truly thankful for an amazing weekend on my Official Visit at my future home @okstate University! I want to thank my @CowboyFB coaches, as well as @patsy_aleta for the big welcome! #CowboyUp19 ??? pic.twitter.com/hyQtFR8R4q

Michalski is one of a handful of offensive line commitments in the 2019 class, and one of the most underrated. He committed to OSU over a mostly unimpressive offer sheet of which included Cornell, Dartmouth, Texas State and North Dakota, but his role in his team’s state championship speaks for itself. St. Thomas Aquinas didn’t lose a game all season.

Harper played both sides of the ball as a senior and wowed with his pass-catching abilities, reeling in 80 catches for 1,279 yards and 18 touchdowns. He’s expected to play corner or safety for Oklahoma State and is the younger brother of OSU linebacker Devin Harper.

Prior to playing at Colleyville as a senior, Isuman-Hundley played at Argyle Liberty Christian in Texas where he picked up a lot of steam on the recruiting trail. He committed to OSU over offers from Baylor, Houston, SMU and others way back in May and stood sturdy with his pledge since.

Steele High School in Cibolo, Texas, has been a well of talent that OSU has drilled consistently under Mike Gundy that has produced the likes of Jordan Sterns, JayVeon Cardwell and others. Xavier Player, a 5-11.5 corner, is the latest to come out of the talent rich program.

Player had close to two dozen scholarship offers back in June when he made his Oklahoma State commitment, among them Air Force, Bowling Green, Abilene Christian, Texas State and UTSA.

Truly thankful for an amazing Official Visit at my future @okstate University! I want to thank my @CowboyFB coaches as well as @patsy_aleta for the big welcome! #CowboyUp19 ??? pic.twitter.com/Apwqszqh6T

Kody is the younger brother of starting OSU defensive end Cole. Cole was a toothpick when he came to OSU (was listed at 6-5, 205) before growing into a starting caliber edge rusher (#momgenes). Kody has a head start with his 6-6, 230 pound frame, but still has a ways to go to get to where Cole ended his career.

Nonetheless, Kody is uber-athletic. He played both sides of the ball for Muenster High School and was a starter for their basketball team, too.