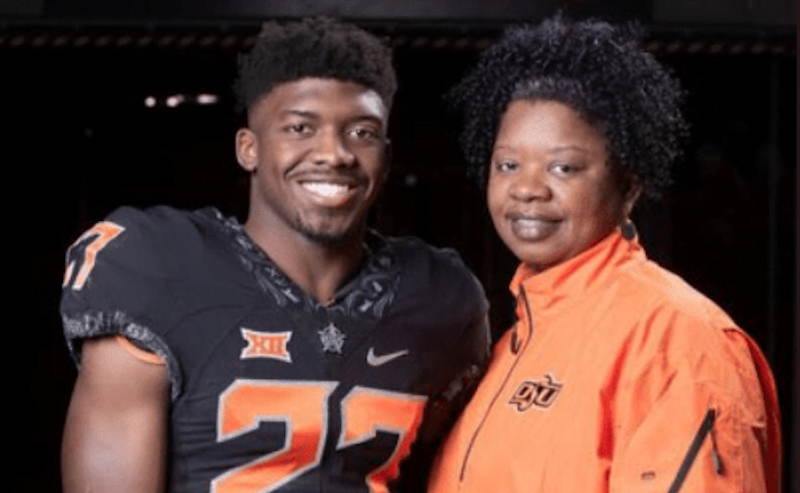 Oklahoma State picked up its 18th commitment — and first running back commitment — of the 2019 recruiting cycle this past Sunday.

With J.D. King announcing his decision to transfer, and Justice Hill declaring for the NFL draft, the Cowboys were down to only three scholarship running backs on the roster heading in 2019. Jackson’s decision gives OSU some much needed depth at the position and was a solid pickup for the Pokes. I’ll dive into his background and future fit in Stillwater in more detail below.

The junior college product had received offers from Kansas State and Utah, along with several smaller programs, and was gaining interest from Cal before his commitment to Oklahoma State. The Arkansas native took an official visit to K-State in mid-November along with two of his JUCO teammates, but the weekend came and went without a commitment.

The Wildcats seemed to be the leader in the clubhouse, but Jackson still had a visit scheduled for Cal in December he seemed set on taking. However, the Hutchinson Community College-product picked up an offer from the Pokes a little over a week ago and then quickly scheduled an official visit to Stillwater.

His host Chuba Hubbard saw to it that the visit went well, and it ended with a commitment from Jackson who will enroll at OSU next semester as he’s finished up his academic career at Hutchinson C.C.

Jackson rushed for 1,627 yards and 17 touchdowns on 224 attempts (7.3 yards per attempt) and had only 1 fumble over the course of two seasons with the Hutchinson C.C. Blue Dragons. In addition, the Second Team All-Kansas Jayhawk Community College Conference selection recorded 84 yards receiving on 10 catches and returned 5 kicks for a total of 141 yards.

Listed at 6-0, 219 pounds on the most recent HCC roster, Jackson runs with patience, and when he finds an opening, he hits the hole with aggression and power.

Additionally, he has great speed for his size, and even though he’s a powerful runner, he’s also a home run threat when he touches the football, as you can see below.

As I mentioned above, the Cowboys only have three scholarship running backs returning next season in Chuba Hubbard,  Jahmyl Jeter and LD Brown. Based on Oklahoma State’s current roster, Jackson will be the heaviest back by about 10 pounds. With two years of junior college experience under his belt, he has a college ready body and I’m sure his strength will only improve once he gets in the weight room with Rob Glass for nine months leading up to the season.

With Brown and Hubbard being the only two backs who have in-game experience at the college level, bringing in a junior college player at this spot to add depth is a solid move from the Cowboy coaching staff. Enrolling next semester, the former Parkers Chapel High School running back should have plenty of time to learn the offense, and I could see him making an impact as change of pace back for Hubbard in 2019.

Jackson is a great pickup for the Cowboys. About a month ago, all signs pointed to Kansas State for the JUCO running back, and it was an impressive move by the Pokes to sway him to Stillwater on his visit. OSU fans should be pretty excited as Jackson has similar skills to J.D. King, being a powerful runner who’s not afraid to initiate contact, and the Pokes needed a back like this on the roster.

However, the Cowboy coaching staff still has hopes to land four-star Katy High School running back Deondrick Glass when he announces his commitment in mid-January. If Oklahoma State is able to land both Glass and Jackson, the 2019 class will go from being a disappointment at the running back spot, to one of the most exciting positions moving forward into next year.