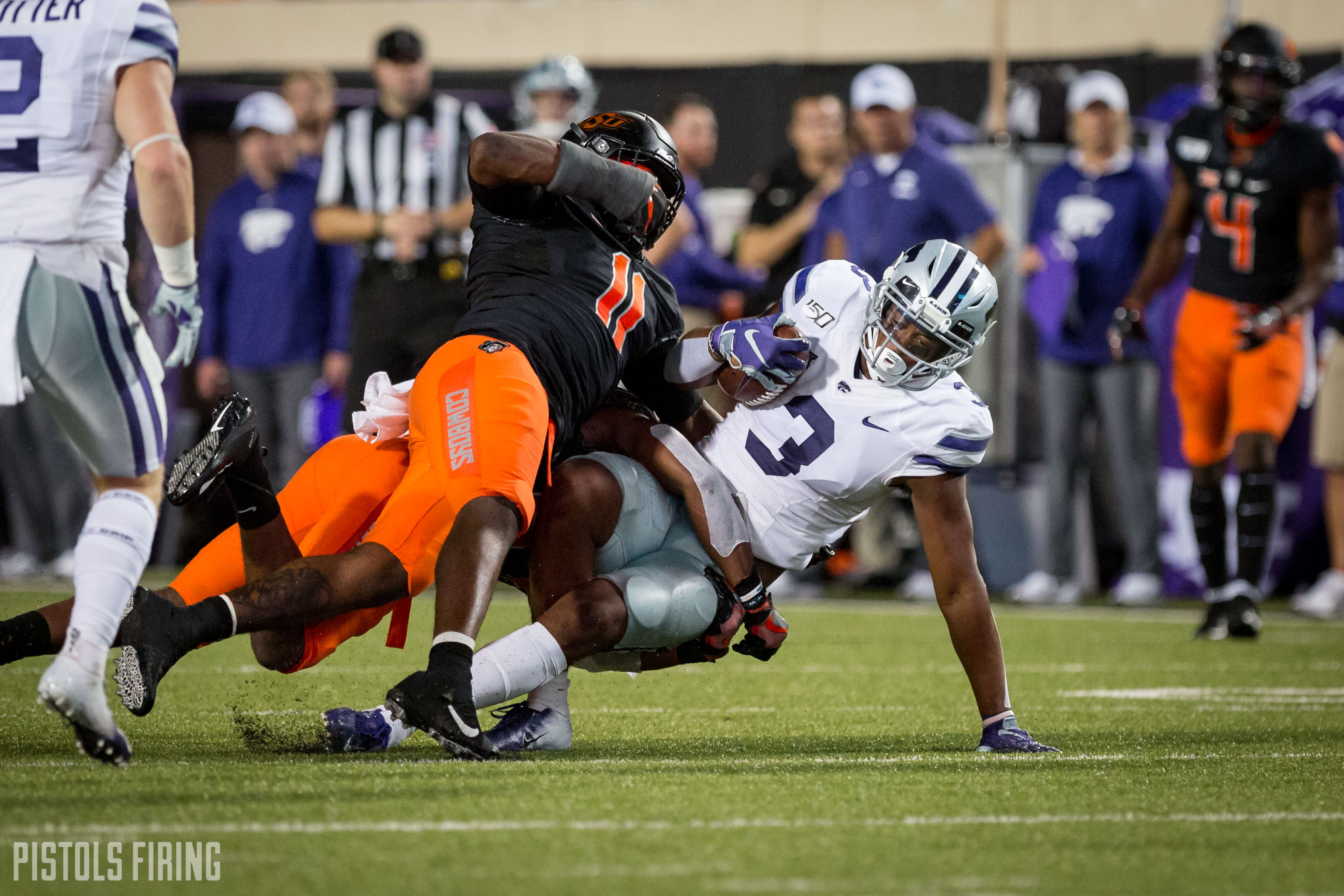 Following its 26-13 win over then-No. 22 Kansas State, Oklahoma State has taken the Wildcats’ place in this week’s Amway Coaches poll sneaking in at No. 25. This is OSU’s first appearance in the poll this season.

Oklahoma State joins Oklahoma and Texas as the third Big 12 school represented in the coaches Top 25. The Sooners remained at No. 4 after a blowout win over Texas Tech and the Longhorns remained at 12th following a bye week. Kansas State fell to 37th in votes after its loss. OSU moved up five spots from 30th (51 points) the week before.