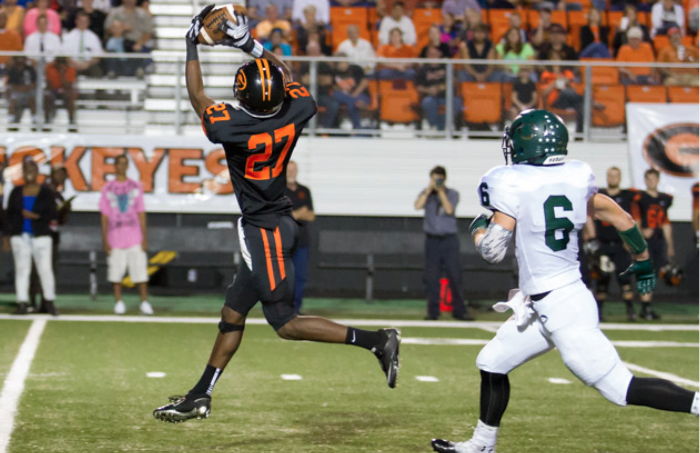 It was a really, really good day on Saturday if you’re a defensive backs coach at OSU. The Cowboys landed two commitments within 10 minutes of each other on Saturday, one at cornerback and one at safety.

Here’s what cornerback LaMarcus Morton, 2017 cornerback said about his verbal pledge on twitter:

Man…Never thought I would make it this far. My dream growing up as a kid was to always play college football and I’m thankful for all my coaches at Gilmer to have invested their time and knowledge in me. I’m also thankful for the colleges beyond the high school level that have reached out and extended scholarship offers to me, it’s a blessing! With that being said, I would like to announce I am furthering my education and football career with the Oklahoma State University Cowboys! This recruiting process has been a blessing and I can’t say how thankful I am for it. God is good! #GoPokes #Magnificent17

Morton is a two-way player for Gilmer who sees time at receiver and defensive back, but with his skills being named first team all district receiver and second team defensive back as a junior, his 6 foot-1 frame makes him a candidate at cornerback for OSU.

The second commitment of the day came from 2017 safety prospect Kris McCune of Dallas Christian High in Texas. McCune was a low flying prospect who had offers from Texas Tech and Kansas, however the Cowboys snatched him up quickly with McCune announcing his pledge on twitter:

First, I wanna thank my Mom and my Dad for these amazing opportunities. I’d like to thank Coach Wheeler and the whole Dallas Christian coaching staff and the Dallas Christian School. I have made my decision to start my next level career at Oklahoma State University. #GoPokes. #Pistolsfiring. #Theseboysaintready.

McCune earned second team all TAPPS II as a running back last season, and honorable mention as a defensive player and was recruited by OSU to play safety.