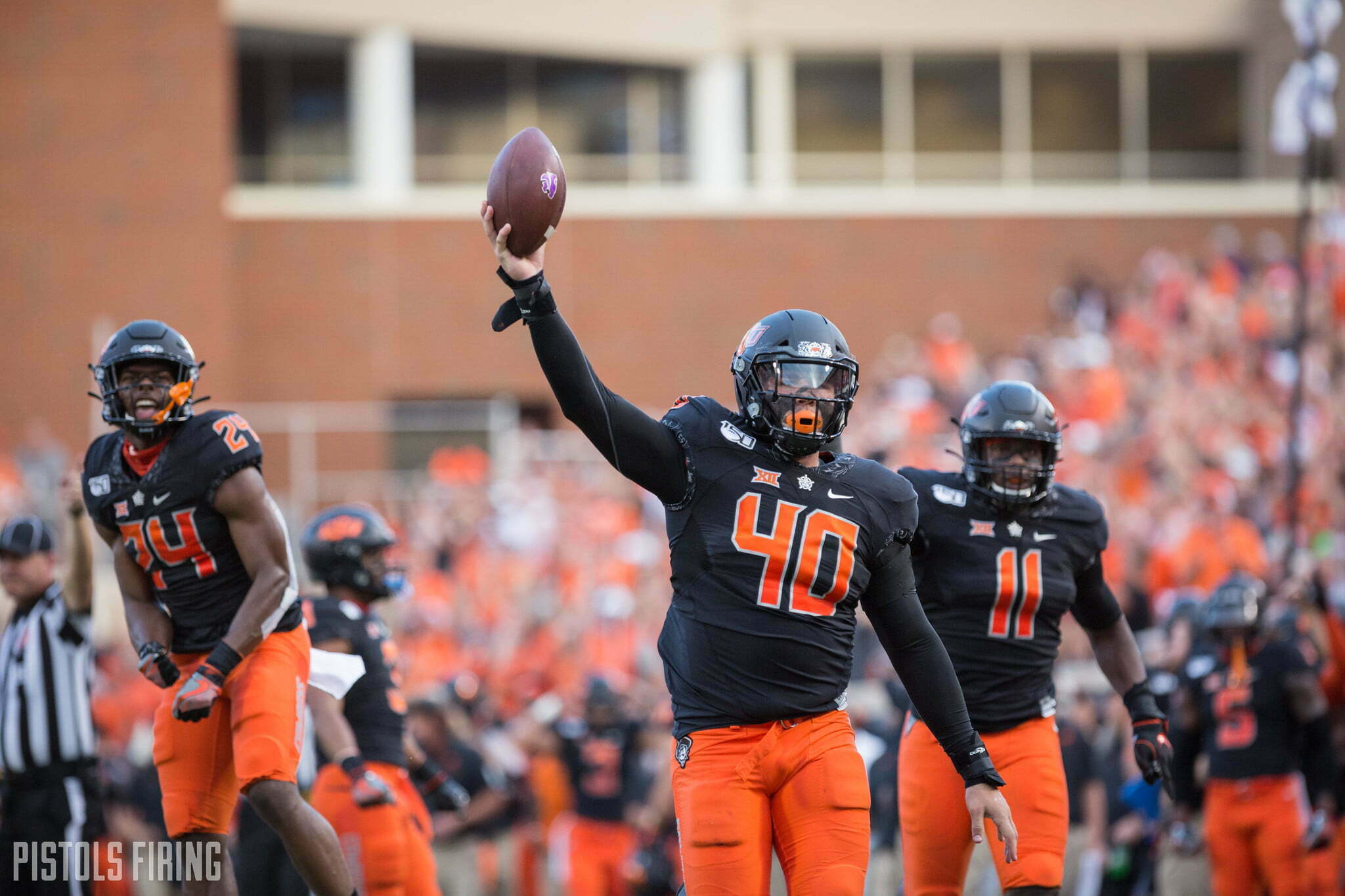 After being on since fall camp, the Cowboys finally have some time off.

Oklahoma State is without a game this weekend, so this is where we decided to throw some of our midseason updates in. OSU’s quarterback and running back play have already received their midseason reports, so now we’ll look to the defensive line.

140-Character Summary: It’s a young group that didn’t have many expectations coming into the year, and OSU’s D-line has played accordingly to those expectations.

Best Performance: Kansas State — K-State, a rushing team, came to Boone Pickens Stadium and ran for 126 yards, the fewest amount of rushing yards OSU’s defense has given up this season. In that game, defensive linemen combined for 10 total tackles, 1.5 tackles for loss, a sack and three quarterback hurries.

Best Play: As a group, OSU’s defensive line hasn’t made many flashy plays. Last season, the group had a reputation of getting to the quarterback, and that hasn’t happened too much this year. But this was and exciting play from last weekend, especially given the fact the Trace Ford is only a true freshman.

Stat that Matters: 0 — Entering this year, nobody on the OSU roster had started a game on the defensive line at OSU.

That stat should make it less surprising that OSU defensive linemen are responsible for only three sacks this year after Jordan Brailford had eight by himself through OSU’s first six games last season.

The Future: This group isn’t outstanding right now, and it probably shouldn’t be. As we already talked about, it’s a position group that didn’t have a whole lot of experience entering the year, but there is some promise within the Cowboys’ defensive front.

I’m going to start with redshirt freshman Samuela Tuihalamaka. He has started three of OSU’s first six games, and is second among the team’s defensive linemen in total tackles with 17. The only defensive lineman ahead of him is Brock Martin, who lines up all over the place. Tuihalamaka has a tackle for loss, a forced fumble and a quarterback hurry this year, not bad for a defensive tackle who played high school football two seasons ago.

Martin himself is only a redshirt sophomore, so as he continues to get more and more experience, he’ll only get better.

Then there’s Trace Ford, who as a true freshman, has 11 total tackles, two sacks, three quarterbacks and four pass breakups.

That’s something to be hopeful about.