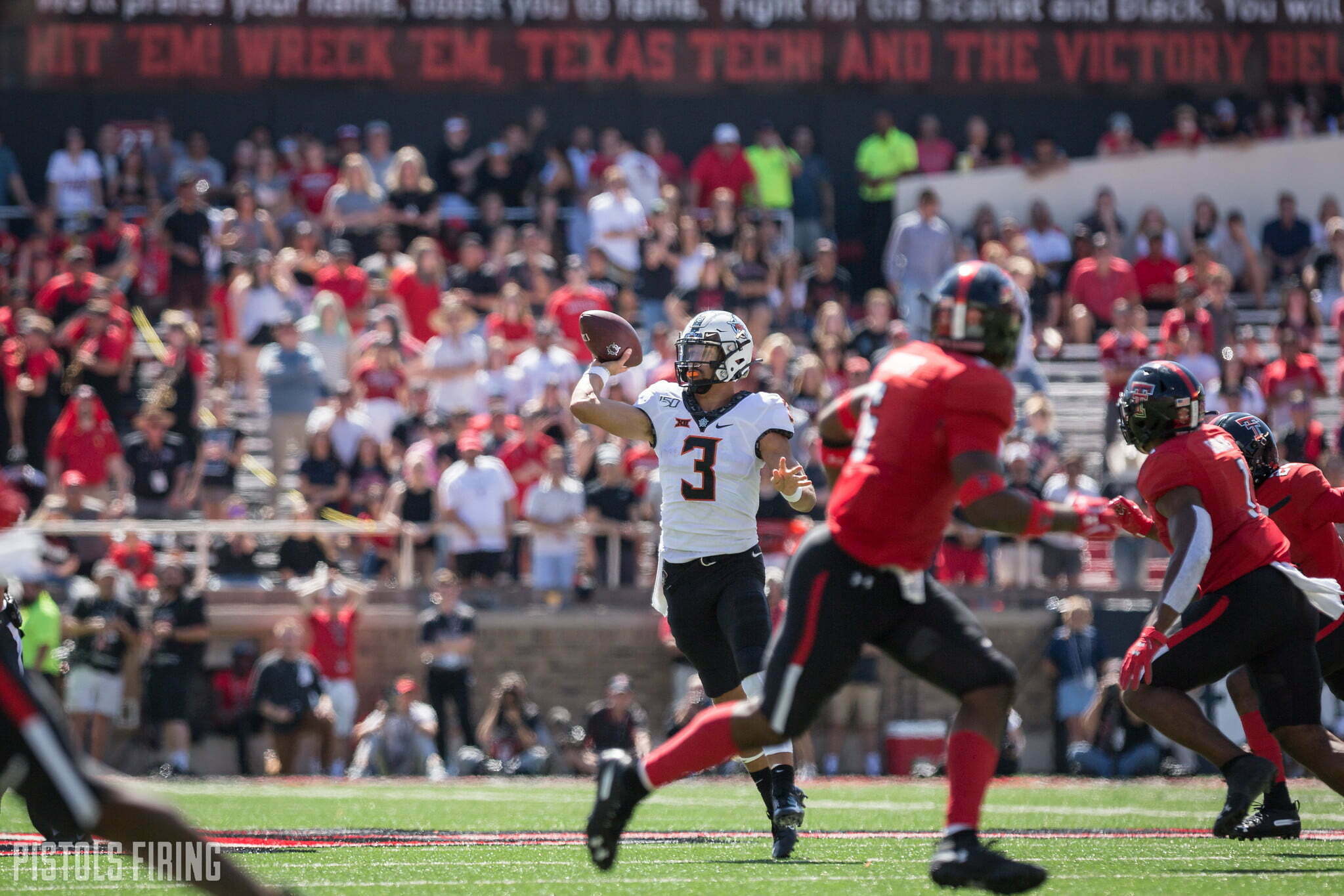 The season is halfway over, which means it’s time to talk about how a 4-2 OSU team has performed up to this point. We’ll start with, what else (?), quarterback play with Spencer Sanders getting the lion’s share of the snaps and a little Dru Brown sprinkled in.

140-Character Summary: After glimpses of magic and a rushing resurrection, OSU’s QB spot is now a bigger question mark heading into the second half of the year.

Best Performance: Is it … the Oregon State game? I thought Sanders was a virtuoso in that game, and it’s taken me a month to come down from that high. He was 19/24 for 203 yards, 3 TDs and had 109 on the ground as well. It was also the last time (only time) I’ve seen anything that resembled what Sean Gleeson ran at Princeton.

Worst Performance: I needn’t remind you.

Stat that Matters: 5.0 — Only 15 Big 12 QBs since 2000 have averaged 5.0 yards per carry for a career. Interestingly, three of the last nine are Pokes (Cheeeelf, Walsh and Sanders). I think Sanders’ ability to run the ball has been both underrated and maybe a bit misused.

Sometimes it feels as if OSU is playing flag football instead of setting teams up for misdirection two or six drives later. Anyway, here’s the list (notice how shockingly similar some of Sanders’ and Walsh’s stats are …. and how Walsh only tossed 10 INTs in his entire career). 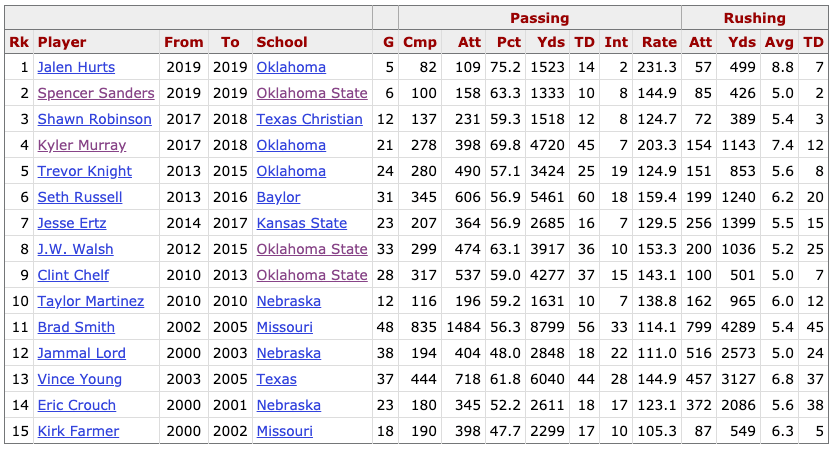 What Gundy Might Say: He loves to play football, loves to compete, wants to be great and is a son of a gun when the lights come on. But at the end of the day, he’s been pretty av-ruj. He has to hang on to the ball.

The Future: This is the biggest of these bullet points and probably OSU’s biggest question of the second half of the season. What is Spencer Sanders? What will he eventually be? I … don’t know. I’m still all the way in, but after watching the first half of the year and … talking to folks who are a lot closer to it and more knowledgable about it than I am, his future is certainly more up in the air than it was five or three or two games ago.

That doesn’t mean there won’t be an exclamation point on the end of his career — if I’m betting, that’s still where my money is going — but it’s at least a little wobbly right now. If you’re gambling, though, it’s usually good to gamble on pedigree, talent, and systems, all of which Sanders has plenty of going into the last six games.