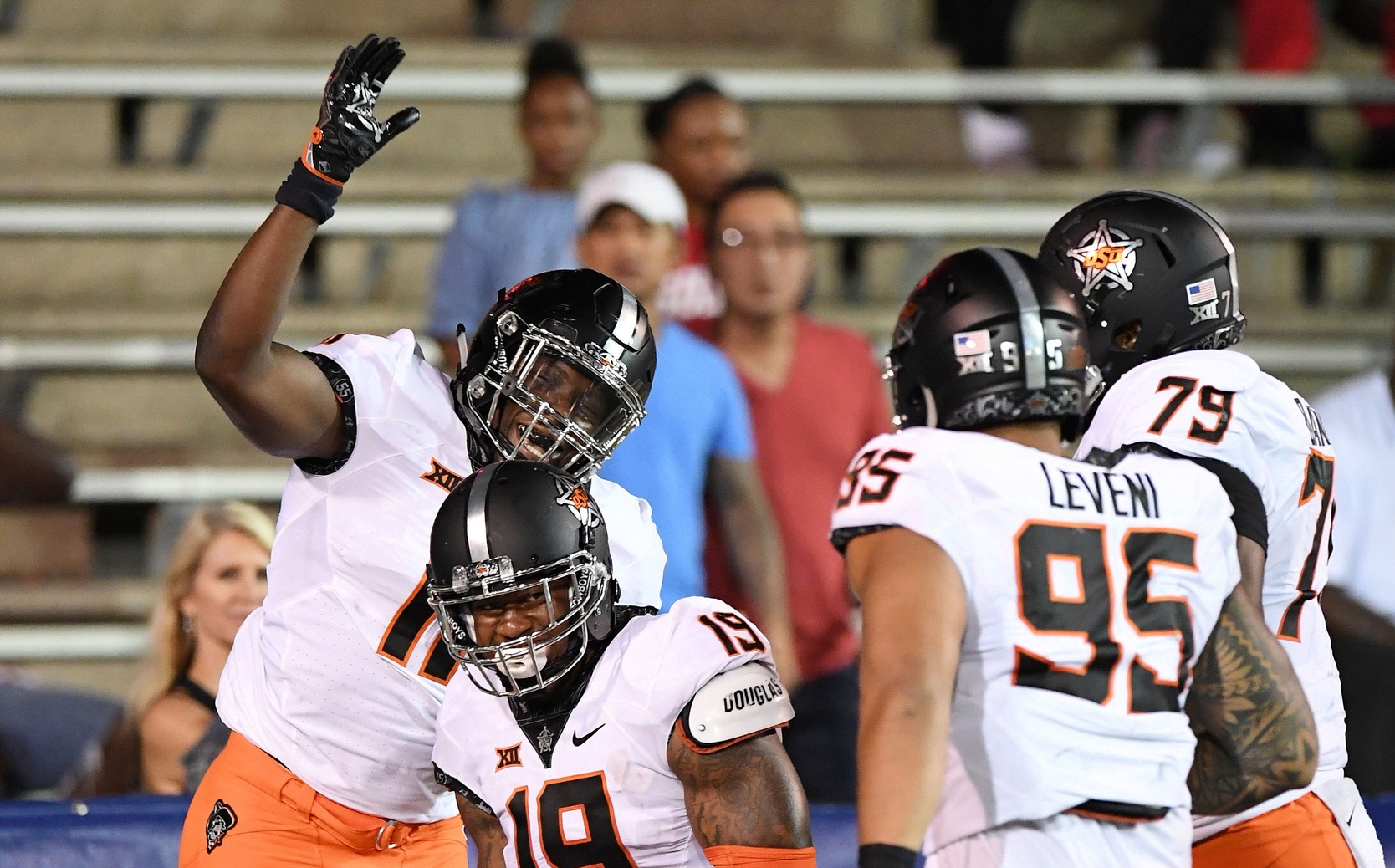 After dropping last week in the AP Poll following their 59-24 defeat of Tulsa, Oklahoma State moved up to No. 9 after steamrolling South Alabama 44-7 on Friday night.

There was movement in front of the Cowboys — namely OU going to No. 2 and Ohio State falling to No. 8 — and OSU jumped Wisconsin (which beat FAU) and Florida State (which was off).

Here’s a look at the Week 2 AP Poll

The two teams from Oklahoma were among the biggest movers this week. USC also went from No. 6 to No. 4 (you know voters were dying to do this, and the Trojans beat Stanford late on Saturday). Georgia moved up two spots after beating Notre Dame and Louisville went up three. TCU went up to No. 20 from No. 23 after beating Arkansas on the road.

Ohio State went from No. 2 to No. 8. Penn State dropped a spot after beating Pitt 33-14. Auburn dropped a pair of slots after getting thwarted by Clemson in Death Valley.

Now let’s take a look at the Coaches Poll where OSU is up to No. 8, ahead of Ohio State.

Here’s a look at where OSU has been in each poll.