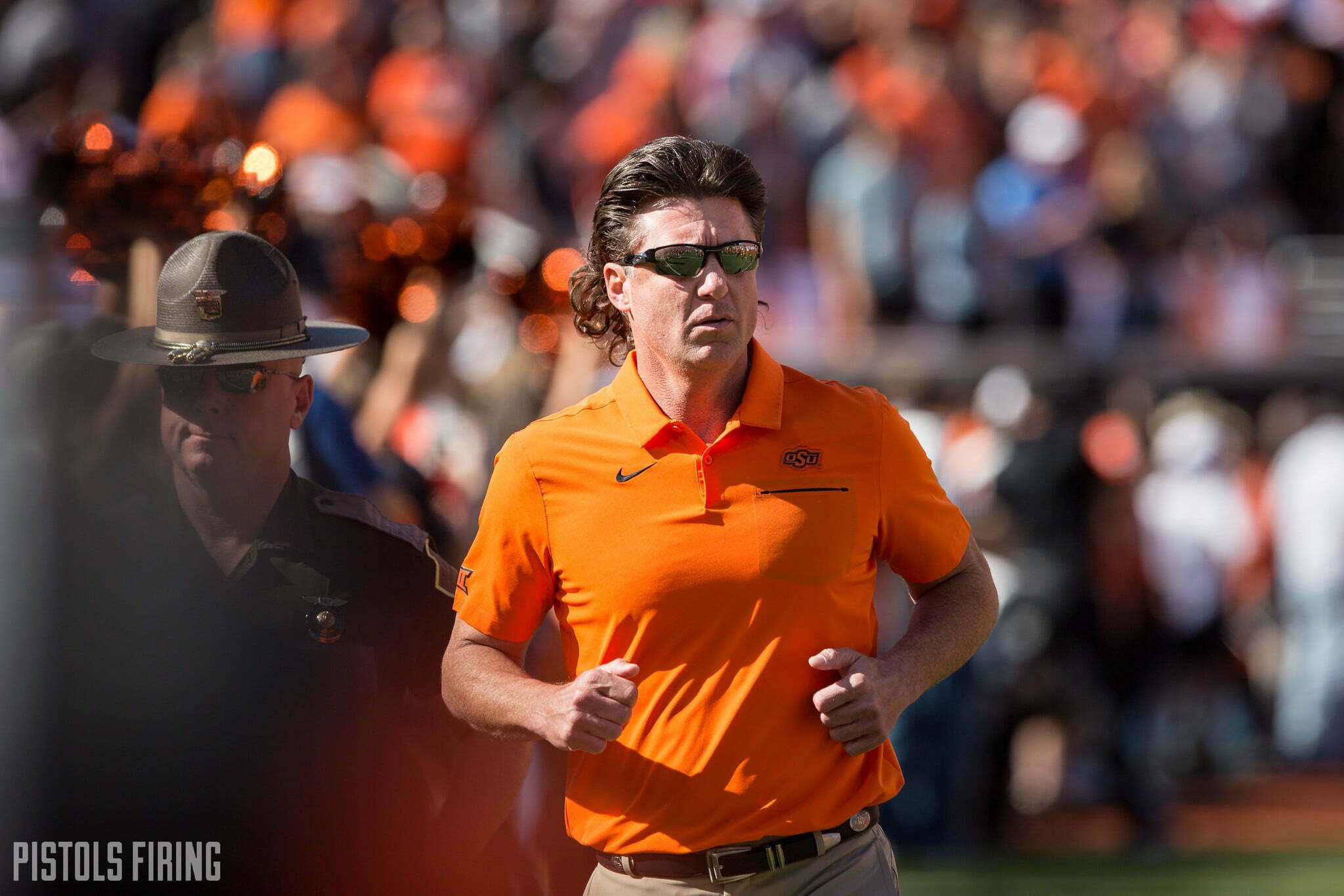 A knock on the Mike Gundy era of Oklahoma State football has been recruiting, but Gundy and his assistants seem to be on an upswing in that department.

Oklahoma State landed hard-hitting linebacker Jordan Crook on Tuesday to add to a stacked recruiting class by OSU’s standards, as Crook’s commitment pushed OSU into the Top 10 in the 2022 team rankings.

At No. 10, OSU is ahead of schools like Alabama (22), Clemson (21), Florida (34) and USC (12). Most likely, all of those schools will finish signing day higher than the Cowboys, but it’s better that OSU is ahead now than playing from behind.

There are 21 uncommitted five-star recruits out there, so at some point the balance will shift back to the Alabamas and Clemsons of the world, but it feels like the Cowboys have some real momentum in recruiting.

Six players in the top 616 in the 2022 class have announced commitments to OSU since Feb. 10. Add to that the fact that the Cowboys were able to pluck Kendal Daniels, the No. 1 Oklahoman in the 2021 class, and things are looking up.

Barring any big changes, it looks as if OSU’s 2021 class will all get to campus as the No. 3 recruiting class in the Big 12. That’s the first time Gundy has ever had a class ranked that high in the conference.

Here is a look at how Gundy’s classes have stacked up nationally and in the Big 12 (important to remember the 2022 class is far from final):

In 2011, OSU added JW Walsh, Josh Stewart, Desmond Roland, James Castleman and David Glidden. That class played a big role in OSU’s 10-3 2013 season that ended with a birth in the Cotton Bowl.

Now OSU has the potential to stack two recruiting classes like those two (or better) in back to back seasons.

Gundy has taken a lot of heat (including from this website) on his recruiting practices, but you have to give him credit for what he and his staff have done here lately.