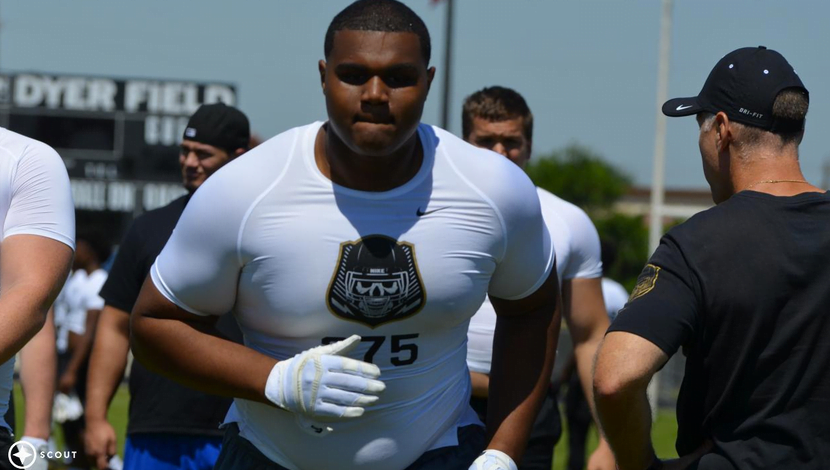 The heaviest recruit (no offense) in Oklahoma State’s 2017 recruiting class, Dan Moore, is gaining some major recruiting attention this week.

The 6-foot-6, 32-pound offensive guard from Beaumont, Texas has been a commitment of the Pokes since June. But just in the past few days, he has picked up offers from both Ole Miss, and now Texas A&M.

Blessed to have received my 17th offer from Texas A&M University. #GigEm pic.twitter.com/2ZbewcM2NS

Should OSU be worried, given their recent misfortune of losing recruits — specifically offensive lineman — to the Aggies?

I think not. However, I am told that both schools, along with Missouri, conducted in-home recruiting visits with him this past week.

It appears he is still locked in with OSU, especially just by glancing at his twitter page checkered with OSU orange and black. But with new schools coming at him, he will be a prospect to watch in the next few weeks.