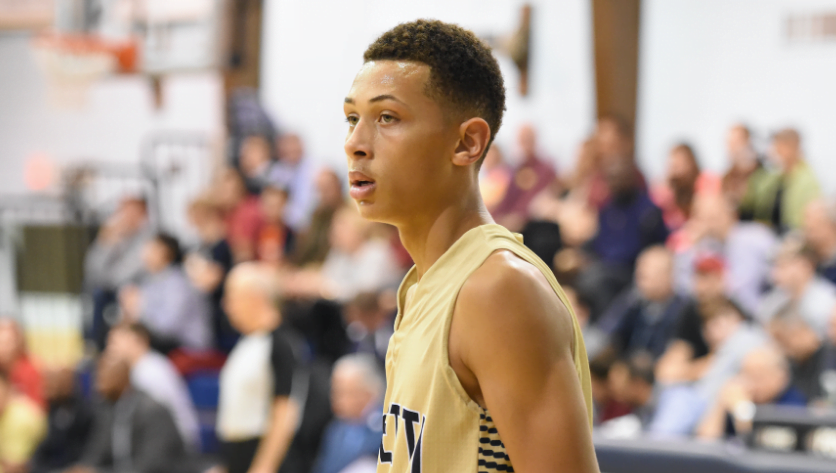 Earlier this week the Oklahoma State coaching staff extended an offer to Class of 2018 combo guard Amir Harris. Harris is a former Rhode Island commit who recently opened up his recruitment back in February, and OSU is the first offer he’s been given since.

The 6-foot-4 guard from Maryland is ranked as a three-star recruit who, to this point, has little interest outside of Delaware, Temple, George Mason and DePaul.

The offer comes on the heels of what has been a full-on sprint to land four-star point guard Courtney Ramey, so the move piqued my interest. I spoke with Corey Evans of Rivals.com on Tuesday to see: Is Harris a contingency plan for Ramey, or is OSU planning to bring in Harris as an off-ball role player alongside Ramey?

“He’s a point guard,” Evans said of Harris. “Definitely best used on the ball. His major deficiency is shooting the basketball, which makes it even more vital that he’s on the ball. People were asking: ‘Does this offer to Harris mean that OSU is out on Courtney?’ No, that’s not it at all. It actually might be OSU’s way of saying to Ramey: ‘Hey, there’s someone else in the picture. Do you want us or not?'”

Evans said Ramey is still undecided but has a number of suitors, including Oklahoma State, where he took an official visit earlier this year. As for Harris, OSU will absolutely be waiting to see where it lands with Ramey before accepting a commitment — but it seems for now that there’s a potential contingency plan in place should Ramey opt elsewhere.