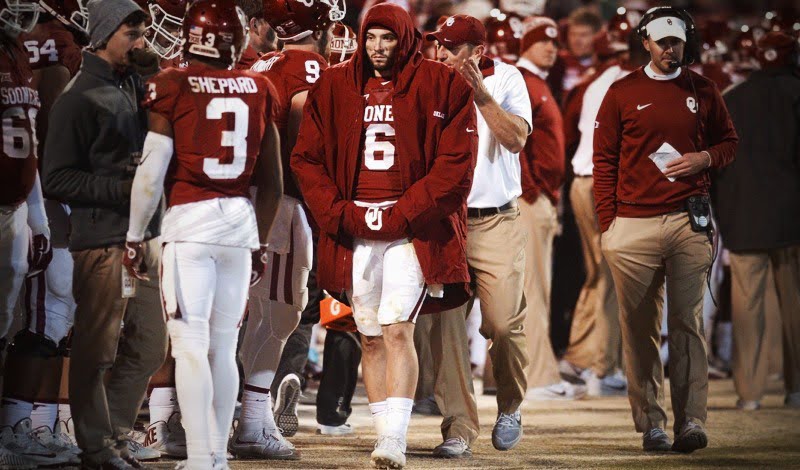 The Big 12 title will be determined on Saturday. For the fourth time in six years, Bedlam will determine who takes home the Big 12 title. The significance and stakes have perhaps never been higher than this game in this era, but surprisingly, it’s just the fourth top-10 Bedlam matchup — almost all that have come in the Mike Gundy era. Here’s how the other matchups have shaken out — only one of which played out in favor of OSU.

The Cowboys rolled into Norman with a No. 3 ranking gainst the No. 2 Sooners. Perhaps no Bedlam game had higher stakes — with a Big 8 title on the line and aspiring national championship appearance. After Barry Switzer began the season on the hot seat, he flushed the Cowboys 24-14.

The Cowboys rolled into Bedlam with a No. 3 ranking and a potential national title appearance on the line. They dominated the No. 10 ranked Sooners, 44-10, en route to their first Big 12 championship.

Last year’s Bedlam game saw the Cowboys limping to the finish. After a demoralizing loss to Baylor and losing quarterback Mason Rudolph, Oklahoma State completely changed their offense to mold J.W. Walsh’s strengths. They got pummeled by Samaje Perine and Joe Mixon and the Sooners, unable to stop the run. It was a lopsided game from the beginning and the 58-23 win helped the Sooners launch themselves into the second college football playoff. The two were No. 5 and No. 9, respectively, in the AP top 25 poll at the time.

This season, the chips on the table seem to be more evenly distributed. Oklahoma (No. 9 in the CFB Playoff rankings) and Oklahoma State (No. 10) don’t appear to have a chance at the playoff with a win, but with the B12 title on the line, there’s plenty at stake. Mason Rudolph is at full health, the Cowboys get their starting right guard back, and the running game is peaking at just the right time.

The Sooners offense, however, will spread OSU out and attack them in ways that might have Glenn Spencer busting the Sooners coaching box glass. OSU’s defense is coming off their best performance of the season, though, after nearly pitching a shutout against TCU and their spread attack. But Baker Mayfield and Kenny Hill are not the same animal — keeping him in the pocket and contained will be key. Easier said than done.