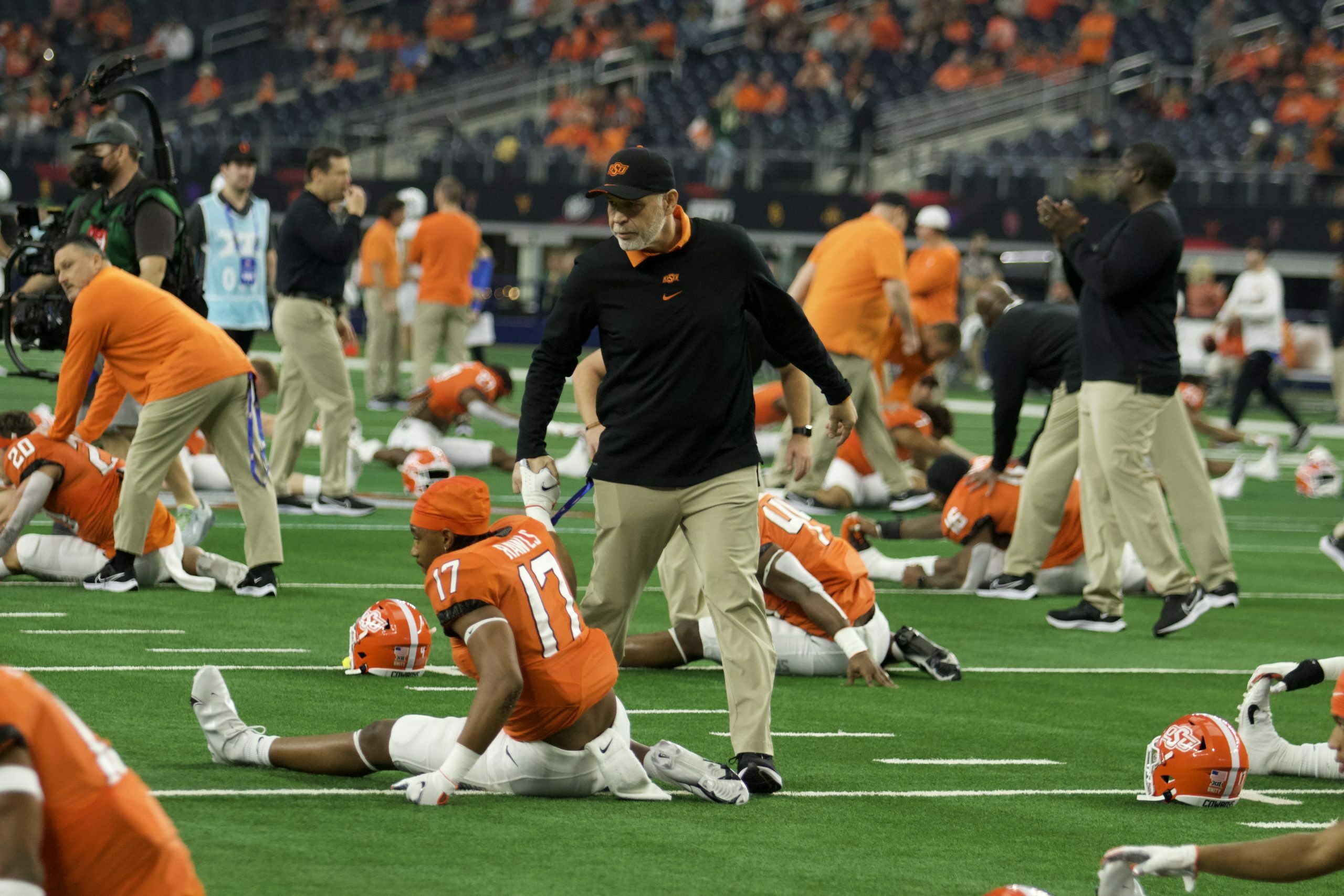 Jim Knowles is headed to Big Ten country after a superb four-year stint in Stillwater.

Ohio State coach Ryan Day announced Tuesday that he has hired Knowles away from Oklahoma State after Knowles led the Cowboys to the nation’s lead in sacks and tackles for loss during the 2021 season, all while ranking third in total defense.

Cowboy players took to social media after the announcement to share some immediate thoughts. Here is what they had to say.

It should be noted that multiple reports suggest Knowles was offered a significant pay raise to stay in Stillwater — but still not as much as he will reportedly make at Ohio State.