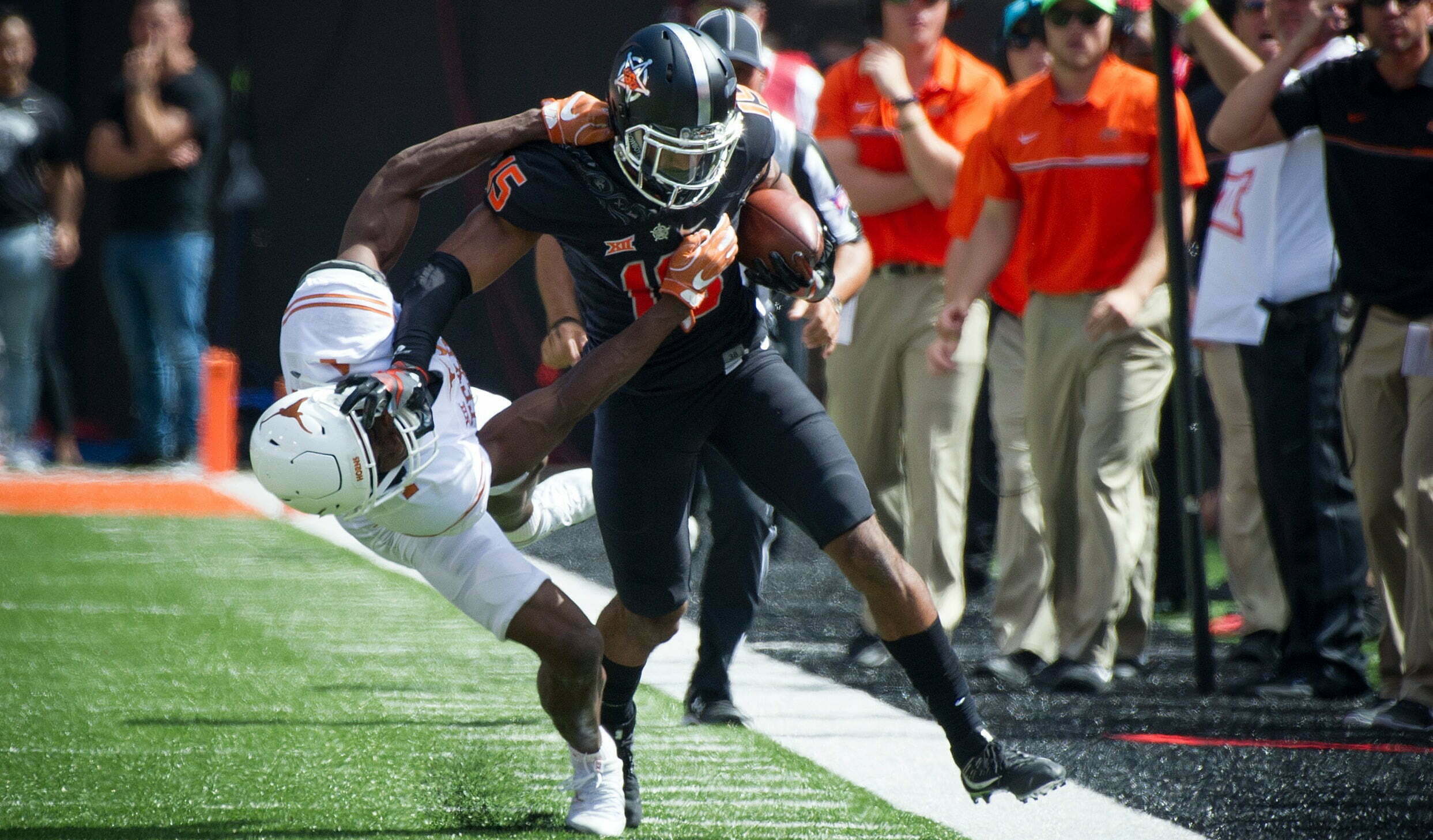 Oklahoma State and Oklahoma are out of the CFB Playoff. That much we know. What we don’t know is where each will head in their postseason bowl game. The winner will go to the Sugar. The loser will go to the Alamo. Here are the teams each outlet has Bedlam foes playing.

I continue to fail to see how OSU is going to fall to the Russell Athletic Bowl. Even if West Virginia loses to Baylor this weekend so that each team ended up with two losses, OSU would finish in second place in the Big 12 based on the head-to-head matchup. West Virginia would be 10-2 overall while OSU would be 9-3.*

That doesn’t even matter, though, because the bowls get to choose which teams they want.

Once the CFP has filled its bowl slots, Big 12 bowl partners will make selections from the remaining bowl eligible teams. Following is the order of selection. A bowl may pick from any available teams when it reaches its spot in the selection order.

So you’re telling me the Alamo Bowl is going to pick West Virginia (which has to travel 42,000 miles) over Oklahoma State which always travels well to San Antonio and hasn’t played there since 2010? I’m going to say no.

I badly want the Sugar Bowl. Mostly because it means we’re Big 12 champs and going there for the second straight (!) year. Also because Auburn would be fun. Also because USC would not be fun.

“I don’t want to be un-American,” one bowl official said, “but nearly everyone in the bowl industry, quite frankly, is rooting against Navy.”

That official technically isn’t rooting against Navy, just what happens if Navy wins. That’s because if Navy wins the American and is in contention for the Group of 5 bid in a New Year’s Six bowl, the College Football Playoff selection committee could delay announcing the highest-ranked Group of 5 champion team until Dec. 10 when Navy plays Army, six days after its final rankings are revealed.

The domino effect on other bowls could “paralyze” the system, a source said. [ESPN]