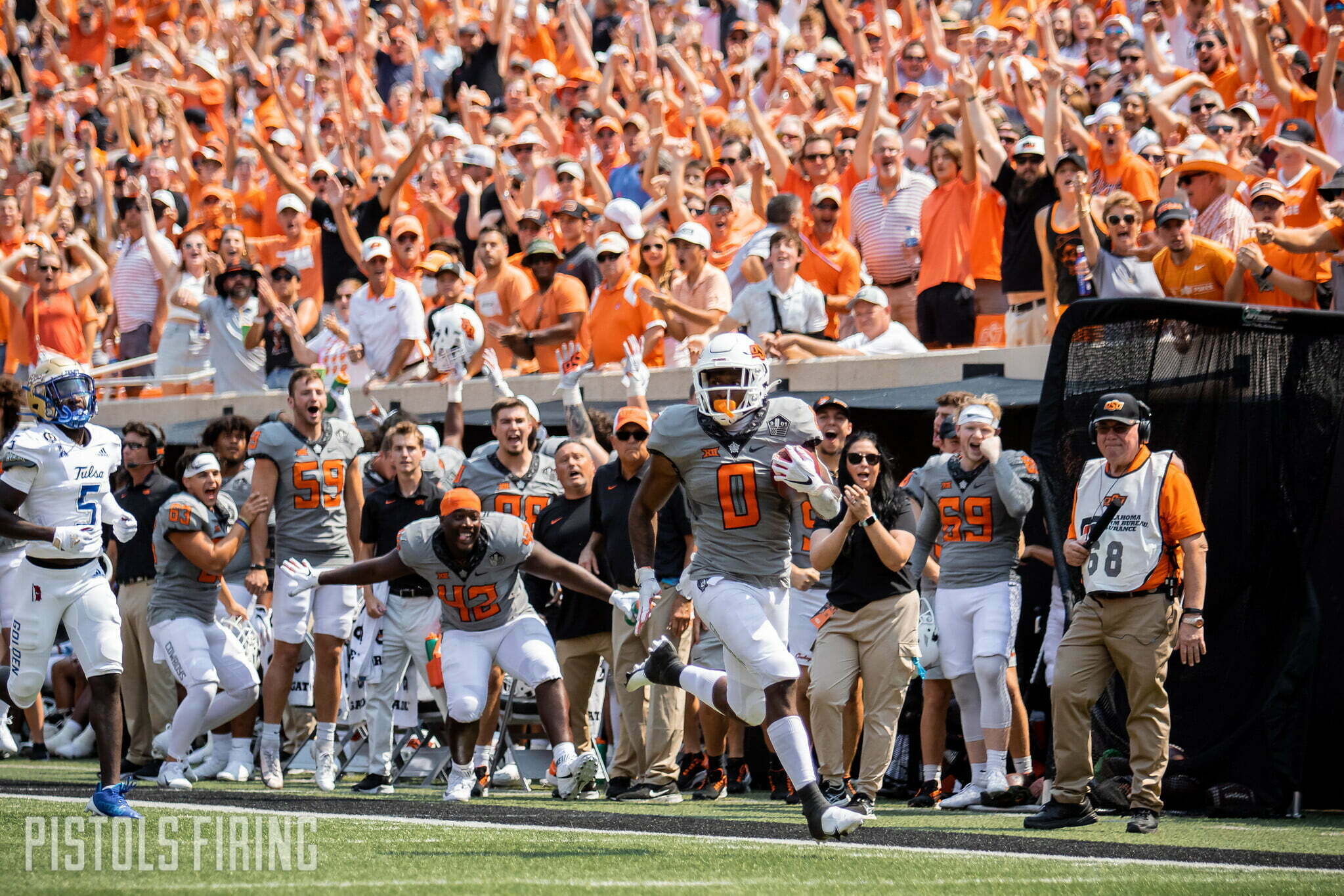 There was a wonder whether LD Brown would get a medical redshirt for a senior season in which he played in only four games because of injury, but after six seasons as a college football player, Brown is looking to make a jump to the next level.

Brown, who was part of OSU’s 2016 recruiting class, announced his intentions to declare for the NFL Draft. Brown rushed for 1,129 yards across the past five seasons for Oklahoma State.

Out of DeSoto High School (TX), Brown was a three-star prospect in the 2016 class, picking the Pokes over offers from Arizona State, Oregon State and SMU. Brown had plenty of opportunities to look elsewhere throughout his years in Stillwater, sitting behind the likes of Justice Hill, Chris Carson and Chuba Hubbard, but Brown stuck it out.

The 2021 season was supposed to be Brown’s, but an injury in the Boise State game kept him out until the Fiesta Bowl. In his final college game against Notre Dame, Brown had three carries for 27 yards.

Brown shined while Chuba Hubbard was injured during the 2020 season, running for 103 yards against West Virginia and 110 yards against Kansas State.

A speedster, Brown’s highlight play from the 2021 season came when he housed a kickoff return against Tulsa.

OSU’s running back room will look quite a bit different in 2022. Brown is headed to the NFL, Jaylen Warren has exhausted his eligibility and Dezmon Jackson is in the transfer portal. There is still plenty of talent for running backs coach John Wozniak to use, though.

Dominic Richardson has shined in limited work to this point in his career, running for 596 yards and seven touchdowns on 123 career carries. Jaden Nixon also flashed some brilliance in his freshman season, running for 69 yards and a touchdown on only three carries against TCU. Former Bishop Kelley standout Zach Middleton is also on the Pokes’ roster.

The Cowboys are also bringing in a pair of four-star running backs in Ollie Gordon and CJ Brown. As a senior at Euless Trinity (TX) this past season, Gordon rushed for 2,478 yards and 35 touchdowns. At Beggs (OK), Brown rushed for 2,143 yards and 29 touchdowns on only 205 carries.