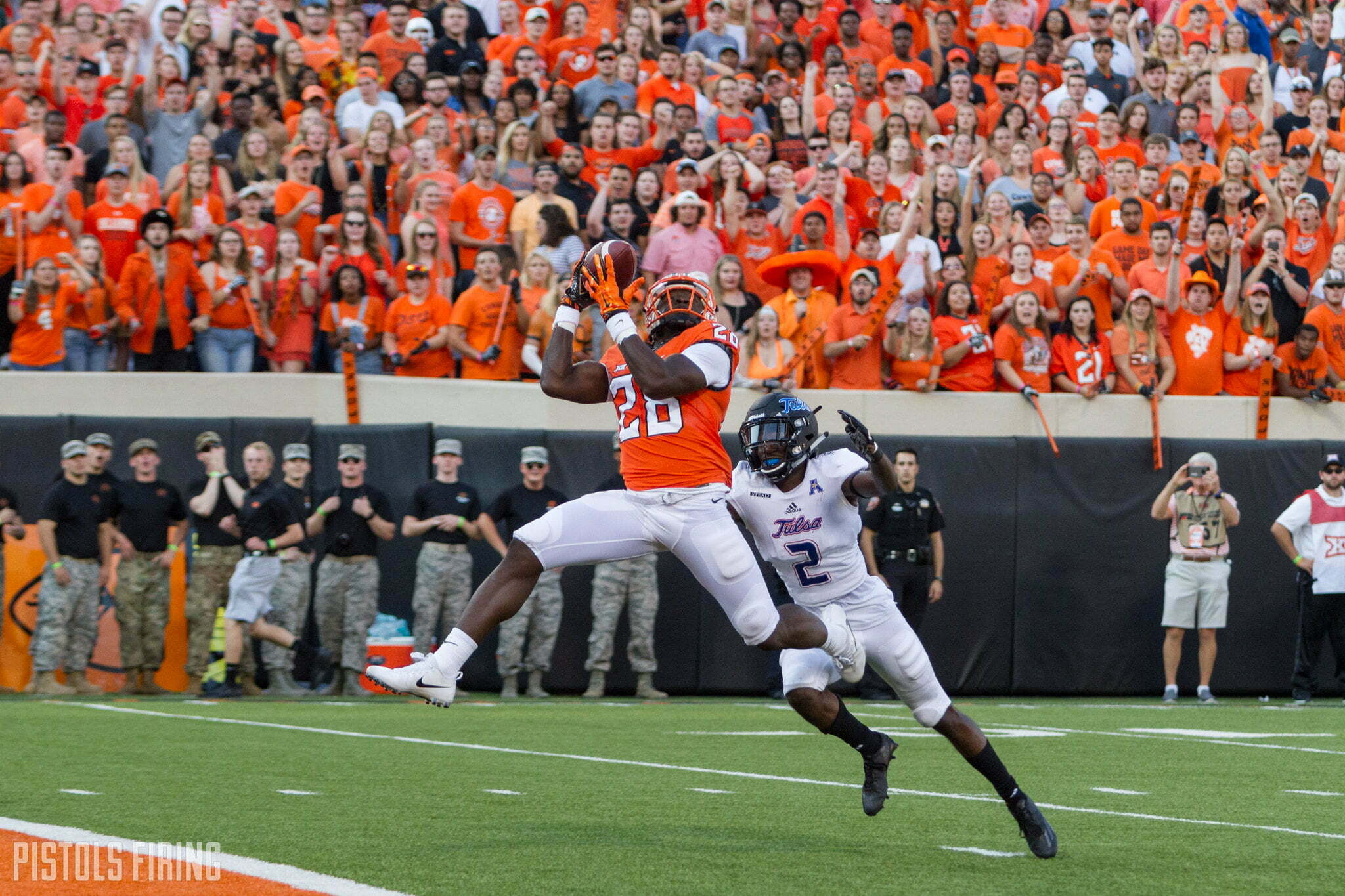 By 2031, people might be taking the turnpike between Stillwater and Tulsa in self-driving cars to watch some in-state football.

For eight consecutive seasons, from 2024 to 2031, Oklahoma State and Tulsa will meet on the gridiron, it was announced Friday. Although only 72 miles separate the schools, they haven’t played each other for that many consecutive seasons since they did from 1981-1996 (16 straight seasons).

It’ll be a home-and-home series, with Tulsa hosting on even years and OSU on odd. That goes against what had become the norm of two-for-one deals in OSU’s favor.


“Originally, we had done 2-for-1s,” OSU athletic director Mike Holder said. “We decided that ultimately it was in our best interest, and good for the University of Tulsa and for football in this state, for us to do home-and-home.

“We think that having a presence in Tulsa every other year is good for our university. Plus, all of the money in this series stays in the state of Oklahoma.”

Home teams will keep all of the ticket revenue, and visiting teams get $300,000 for expenses, according to the Tulsa World‘s Bill Haisten.

The teams were already scheduled to play each other for the next three seasons, starting Sept. 14 in Tulsa this year. That meeting will be the first time the team’s have met in Tulsa since 2011, a game best remembered for not starting until after midnight with lightning delays.

The Cowboys are 40-27-5 against Tulsa all-time and haven’t lost to the Golden Hurricane since 1998, a 35-20 loss in Tulsa. Mike Gundy-led OSU teams have played Tulsa only three times, winning all three a combined 183-85.

Here’s a look at OSU’s nonconference games for the foreseeable future: