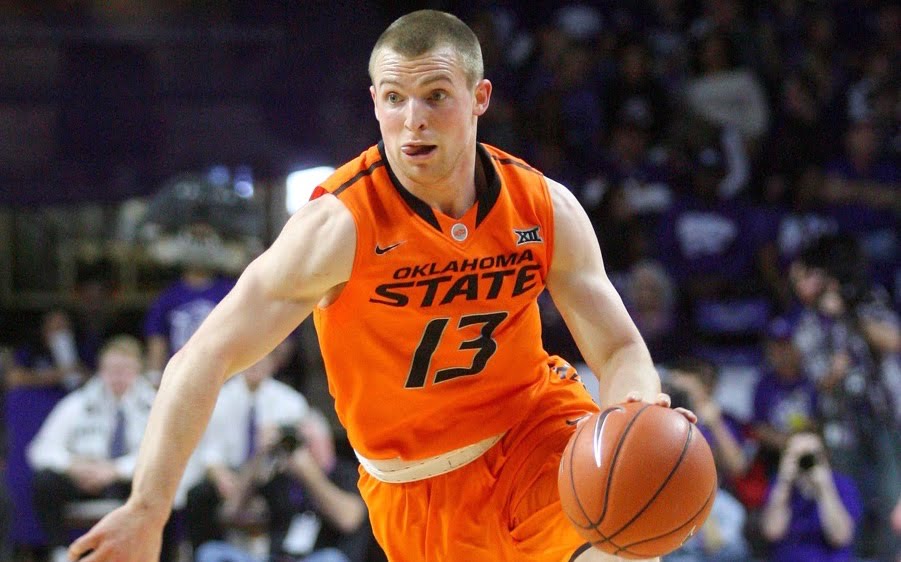 Oklahoma State takes and makes as many 3-pointers as any team in the Big 12 that isn’t coached by someone who answers to “The Mayor.”

“I don’t really care where we shoot it, as long as it’s a good shot,” Ford said to the Oklahoman. “I’ve studied every game pretty intensely and we’re taking good shots. We’re not taking a lot of bad shots.”

“We get forced late in the shot clock sometimes, take some tough ones. But most of our 3-pointers have not been bad. They’ve been pretty good.”

This shouldn’t be universally considered a bad thing, of course.[1. It’s working out pretty well for the Rockets.] If you take and make a lot of 3s and layups then you’re going to be pretty effective on offense.

In fact Oklahoma State ranks No. 111 in the country in effective field goal percentage[1. Shots from 3-point range are given more weight because they’re worth more.] which is decent, not great.

So what’s the issue? Why is OSU just a pretty average college team?

Well the issue is that there are 351 teams in D1 college basketball and 336 of them are better at equally distributing their 3-point success between home and road games.[1. You can view the data here.]

What I mean by that is this. OSU shoots 37.7 percent at home on 3-pointers. That’s pretty good, especially for how many they take.

The issue, of course, with all of this is that postseason games are not played in Gallagher-Iba Arena (and if they are you don’t want to be playing them).

OSU is 4-0 at home and 0-4 on the road in the Big 12 so their record reflects the fact that this team lives and dies by the 3-pointer and that it can’t shoot it away from Stillwater for some reason.

Like I said on Tuesday, that’s fine, but it’s not going to win you anything important. You aren’t going to win the Big 12 with the way this team is currently constructed.

Ford basically acknowledged this without knowing he was acknowledging it the other night after OSU beat Baylor.

“We didn’t get any different shots than we did the other day (against Kansas State),” Ford said after the Baylor game. “They just went down tonight.”

“I would love to bottle it. If anybody has any ideas, let me know.”

I do have one, Travis. Petition the Big 12 Conference to move all 18 conference games to the house that Hank built.

Don’t build a team that doesn’t have a backup plan when its shots go cold away from Gallagher-Iba Arena.