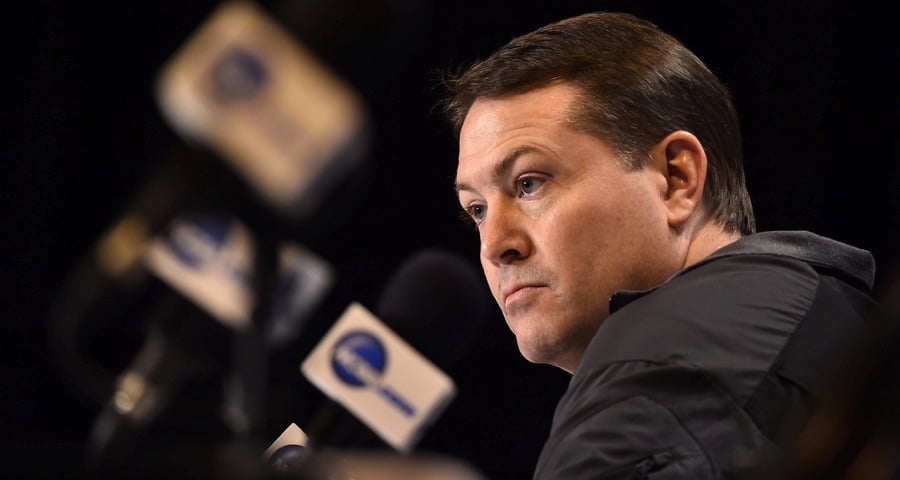 In a vacuum, Travis Ford would probably be let go as the head basketball coach at Oklahoma State University.

We don’t have time to get into the specifics right now (though we will) but Ford has not met what I feel are some reasonable expectations for his position as head coach.

Decisions aren’t made in vacuums, though, they’re made in the real world. And the decision (or non-decision, I guess) this offseason is going to be that Mike Holder is going to keep Travis Ford for another year.

You might not agree with that decision — you couldn’t find a lot of folks who would — but that’s what’s going to happen.

That’s what happens when you start tossing around big boy money like OSU did after one (and, it turns out, his only) tournament win.

Pokelahoma did a terrific interview with a lawyer recently which was posted on Cowboys Ride For Free. You should go read the entire thing.

The part I found most interesting is that Ford is going to make the remainder of his contract no matter what. It might come solely from OSU or from some combination of OSU and a future employer, but he gets it all.

So how much is all of it? $9.6 million, according to the Oklahoman.

“So essentially, the university has guaranteed that he will make the minimums as outlined in the contracts so long as he is ‘making diligent effort to obtain full-time employment, business or professional income (for example, but not limited to, basketball coaching, media commentator, speaking engagements, teaching or other academic activities, consulting or participation in business or any other income producing opportunities)'”

Weeeeeee! It gets better, though.

“If Ford decided he wanted to coach basketball at Stillwater High School until the end of these contracts, he would be guaranteed all of the compensation in these contracts because he was gainfully employed as a basketball coach.”

“Frankly, Ford’s people won this point of the negotiation. The actual contractual language states that he has an obligation to make ‘diligent efforts to obtain full-time employment…’ then fails to define the term. It doesn’t define ‘diligent,’ ‘search,’ or ‘full time.’ It’s ambiguous and a clear victory for Ford in my opinion.”

“Reading it as a litigator and trial attorney whose primary job is to break things and kill people, I see this as something negotiated where either a. The employee had the upper hand; or b. The employer was simply asleep at the wheel. In situations like this, ambiguity does not favor the employer.”

Wow. Wow. Wow.[1. How great would it be if Ford actually did end up coaching Stillwater High?]

The problem here is that Ford isn’t going to be paid more than, what, $800,000 somewhere else. Maybe $1 million? That leaves OSU on the hook for over $1 million a year for the next four years plus whatever it is paying its new coach.

THAT WILL NEVER EVER HAPPEN, PEOPLE. EVER. EVER.