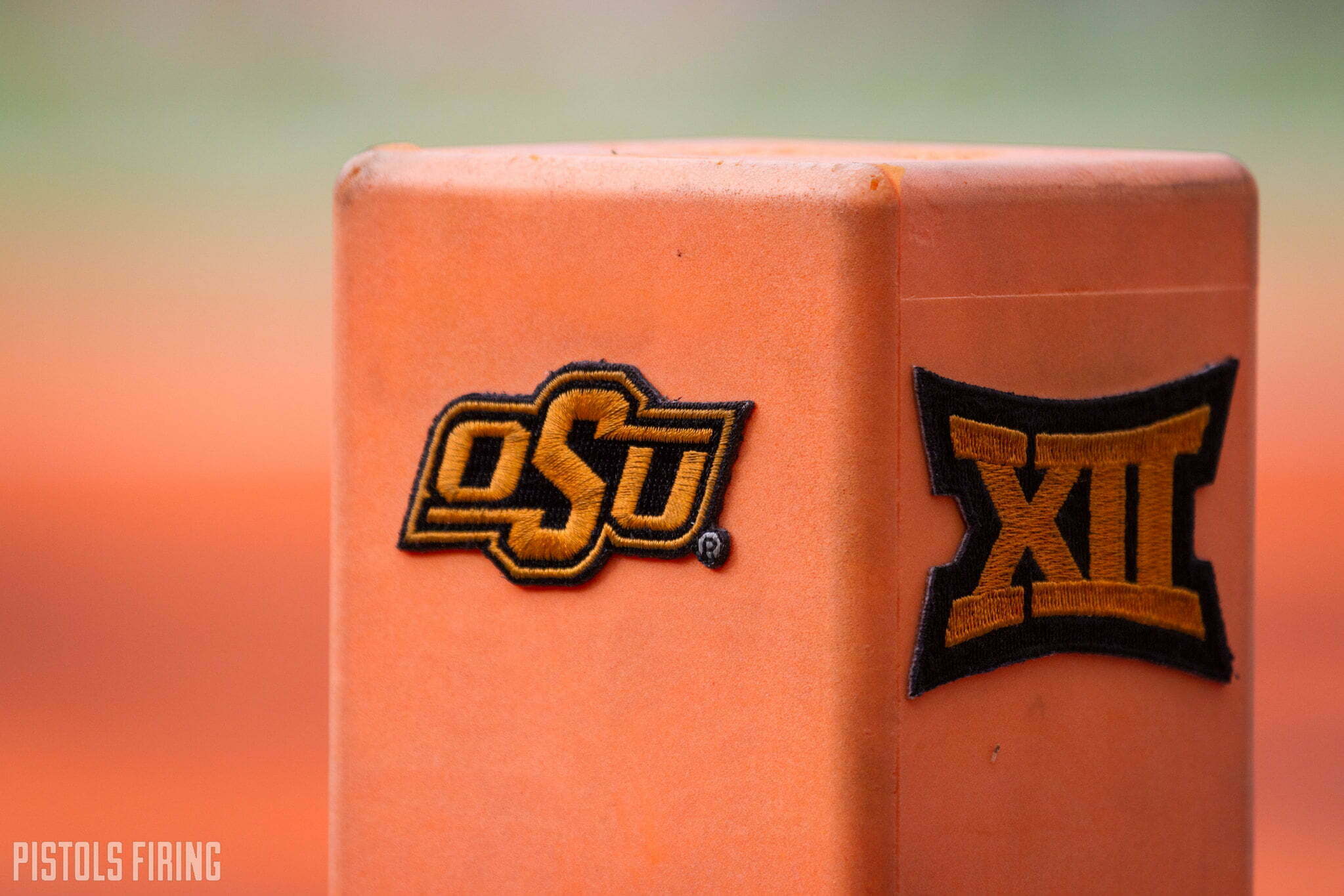 The Cowboys no longer control their destiny in terms of getting to the Big 12 title game, but not all hope is lost.

After Oklahoma State’s 41-13 loss to Oklahoma in Bedlam on Saturday, the Cowboys’ path to Arlington is no longer as simple as winning out. However, there is still more than one scenario that has the Cowboys playing in Jerry World, so let’s look at them.

We’ll start by looking at the league’s top four teams and their remaining schedules.

Next, here are the Big 12’s tiebreakers for three or more teams:

If only two teams remain tied after any step, the winner of the regular season game between the two tied teams shall prevail.
1.    The Conference records of the three or more teams will be compared against each other in a “mini round-robin” format.
2.    The Conference records of the three or more teams will be compared against the remaining team(s) in the Conference standings from top to bottom.
a. When comparing against the remaining teams in the Conference standings any two-way ties will be broken by head-to-head competition before the comparison begins.
b. If more than a two-way tie exists amongst the remaining teams in the Conference standings, the record against the collective tied teams as a group will be used.
3.    Scoring differential among the tied teams. The team or teams with the lowest difference between points scored and points allowed in games vs. the tied teams is eliminated from consideration.
4.    Draw (In the event steps 1-3 cannot break a multi-team tie the prevailing team or teams will be determined by draw at the Conference office).
In the event tiebreaking procedures are unsuccessful and a draw is necessary in determining any portion of seeding, the following procedures will be used:
a. The draw will be conducted in public or with media attendance.
b. Institutions involved in the drawing have the right to have a local representative in attendance at the drawing.
c. A single slip of paper for each institution (with name or logo) will be placed in a container and will be drawn in order of seeding from highest to lowest.

That’s a lot to take in, but let’s try to work some things out.

If OSU wins out, Iowa State wins out and OU loses to either West Virginia or Baylor, OSU and Iowa State would play in the Big 12 championship game.

As simple as that would be for OSU, it seems unlikely that OU will lose to Baylor. The Bears haven’t won a game since Sept. 26. West Virginia has been hot and cold this season, so I guess the hope for OSU fans would be OU losing next weekend’s game against the Mountaineers.

The Scenario of Madness

There is a scenario in which OSU and OU both win out, and the Cowboys are in Arlington, while the Sooners aren’t.

This scenario would need Texas to beat Iowa State, but then the Longhorns would need to lose to Kansas State.

That would force a three-way tie between Iowa State, Oklahoma and Oklahoma State. The tiebreaker would fall to the teams’ record against the fourth-place team: Kansas State.

OSU and Iowa State beat the Wildcats, Oklahoma didn’t. That would put the Cowboys and Cyclones in Arlington.

As crazy as that all sounds, that seems more likely at this point than OU dropping a game to Baylor or West Virginia.

What if there is a four-way tie?

In this scenario, the title game would feature OU and Texas.

The “mini round-robin” among those teams would end with the standings of:

There are other possibilities where OSU gets in.

OSU and UT could each win out, OU could drop a game and ISU could lose to West Virginia. That would set up Kasey Dunn vs. Mike Yurcich Round 2 in Jerry World.

If there was a three-way tie between ISU, OSU and UT at 7-2, the Cowboys and Longhorns would also be the two teams to advance because the “mini round-robin” would shape up:

If Iowa State loses its remaining two games and Texas loses to either Kansas State or Kansas, there would be a Bedlam rematch in Arlington if both OSU and OU won out.

So, while OSU now needs some things to happen to get to the Big 12 title game, all hope is not lost. It seems unlikely now with Iowa State and Oklahoma each simply needing to win two games to be the two representatives, but stranger things have happened in 2020.