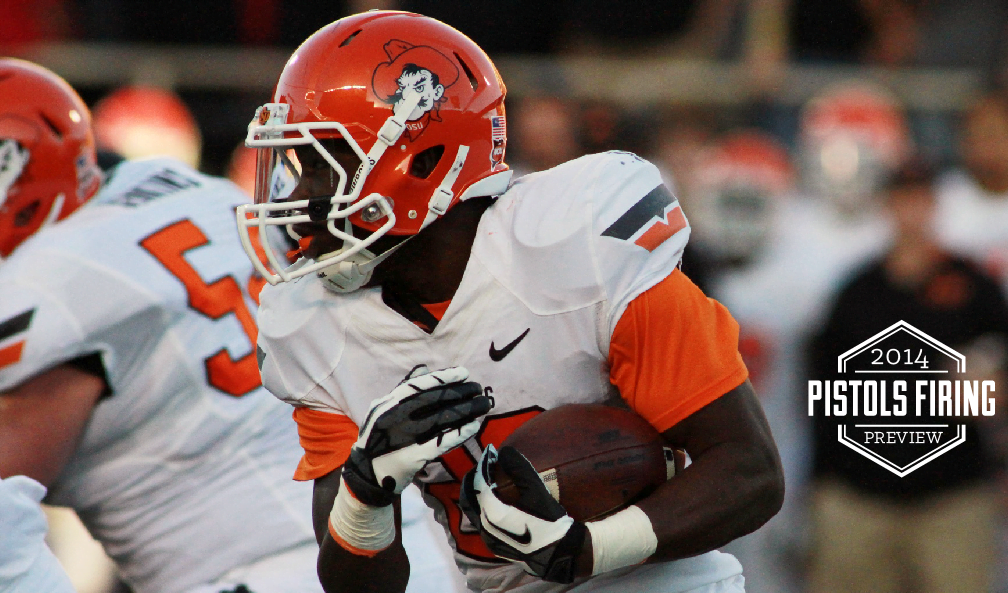 There is a mantra amongst midwesterners (myself included) that pride is found inside of efficiency. It is the reason we value owning animals (a job and a meal!), running small businesses (a job and a tax writeoff!), and things like hunting and fishing (entertainment and food!). I think it might also be the reason we love to shop at Wal-Mart.

Anyway, it’s a discipline that has overtaken Oklahoma State football over the last five years as its offense under the tutelage of many an elite offensive mind has become one of the most efficient in the country.

To my knowledge all drive data was taken down from these here Internets so I’m having to resort to points per offensive play — which isn’t a bad thing, it’s just not as good of a thing as points per drive.

Still if your points scored per offensive play (pass or run) is high then your offense is both well-rested and explosive — this might be the only medium in the free world where those go hand-in-hand and aren’t contradictory.

Okay, here’s the data from the last five years worth of college football games: These are the only 13 teams who average a point or more for every two plays run on offense. Just look at this company for the Pokes: Oregon, FSU, Boise, and Bama in the top five. That’s insane.

Last year OSU actually dipped to 17th in the country in points per play but still maintained a 0.51 points per play average. This says two things to me: First, it wasn’t as bad of a year for Legoman as we made it out to be. It wasn’t elite, but it wasn’t terrible. Second, everybody else is getting more efficient, too.

Florida State average 0.76 points per play last season. They were on the north side of three-quarters of a point per play run! And almost everybody is coming back. [Glenn Spencer buries self under desk with nothing but a Red Bull IV (courtesy of Rickie Fowler, of course), a portable DVD player, and a notebook].

A few other notes:

• In case you’re wondering OU has averaged 0.45 points per play over the last five years. They’re 12th in total points but they sure do run a bevy of plays. Actually 52 more than the second-most (Texas Tech).

• I’m always annoyed when folks talk about Alabama or Wisconsin as if they aren’t elite offenses. Sure, if Bama rolled out 105 plays a game they’d score 45 just like we do, but they don’t and teams don’t do that against them so they’ll take their 28 a game and march to another SEC title game, thank you very much.

The opposite is true of the Oklahoma State defense, by the way. It’s all about efficiency.