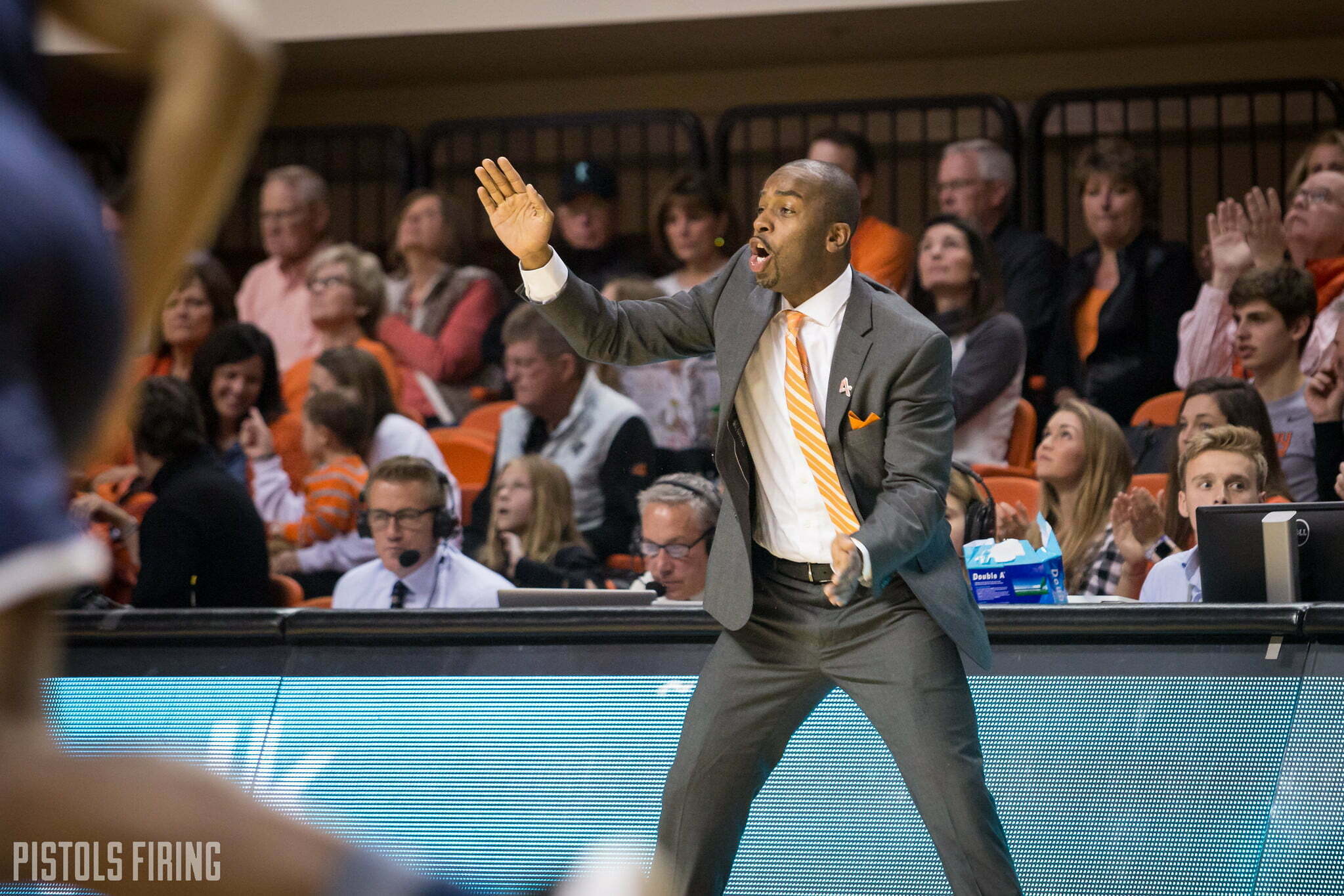 OK, look now: Oklahoma State’s roster is tailor-made for Cade Cunningham to thrive next season. I said it. He’s entering an environment with returning starters, with quality rim-protectors behind him, and now in light of recent developments, with shooters to surround him.

The last two recruiting additions have been particularly key to ensuring 2020 will be a success. The first was Cal Baptist’s Ferron Flavors, who last season shot 43.9% from the 3-point line and ranked in the 99th percentile of all college players as a spot-up shooter. 99th percentile. I’ve never been in the 99th percentile of anything my entire life. And here’s the luxury: this is a guy who — while a projectable lethal off-ball option — is going to be a sixth- or seventh-man next season.

Then the most recent addition is just gravy on top of it all with Donovan Williams committing Monday night. He’s another two-guard option who can give OSU depth, size and scoring off the bench. In high school his numbers have been more of the volume variety than the efficiency variety, but the tools are there for him to make contributions right away: 6-foot-5 frame, smooth release, active defender.

So here’s what the 2020 starting lineup could look like:

Maybe not exactly that, but something like that. Likekele will serve as a defensive menace and off-ball creator. Flavors’ only job all year will be to hoist 3s and never dribble a la Klay Thompson. Keylan can knock down open jumpers and create a little. Kalib and Yor can swat all the shots.

It’s a perfect recipe. It all hinges, of course, on Cade Cunningham being the all-dynamite player we expect he’ll be, the pawn who can meld the pieces together. That’s hardly a hinge at all.

What next season will look like for Oklahoma State is anyone’s guess. Because of a down year, it likely won’t start the season in the preseason top-25 rankings. It may not get much preseason love in the Big 12. But the pieces are in place for the Pokes to outperform all of the prognosticators. This team on paper really looks good.

In practice, it could even be great.

How it unfolds could be reliant upon pieces who before next season will have never donned the orange and black. It’s a gamble. But for a coach who has never been to the NCAA Tournament looking to capture lightning in a bottle, he’s ticked off all the right offseason boxes to ensure he’ll have a chance next season to do exactly that.