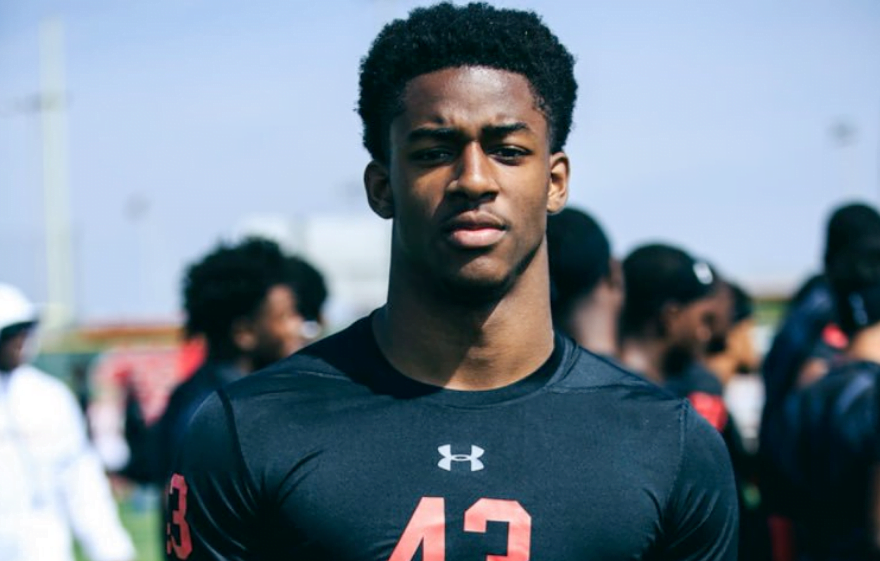 Five-star safety Daxton Hill out of Booker T. Washington (Tulsa) is the big fish every local coaching staff in the region has their poles in the water praying for.

Daxton, the younger brother of OSU running back Justice Hill, has 22 offers and counting, including a recent offer from LSU over the weekend. His recruitment has been mostly quiet with no indication as to who the favorite might be, however the past two weeks has shed some light on that front … and things are looking a little more crimson-tinted than OSU fans might’ve expected.

Since February, two 247Sports Crystal Ball predictions — one from national analyst Demetric Warren, and another from OU blogger Joey Helmer — have come in in favor of the Sooners. tOSU and OU are now considered the co-favorites, but the in-state Sooners have all the momentum.

The Sooners currently boast the No. 5 overall class in 2019 with commitments from QB Spencer Rattler, WR Trejan Bridges and RB Isaiah Spiller among the handful of blue-chippers on board. Adding Dax, though, would give Lincoln Riley his biggest recruit in the class … and biggest since taking over the job from Bob.

I’m still not counting out Oklahoma State in Dax’s recruitment, especially with the recent commitment of his teammate, Demarco Jones. But the timing of the momentum in favor of OU doesn’t exactly bode well for OSU, and it could be a harbinger of things to come for OU as it relates to in-state recruiting for 2019.