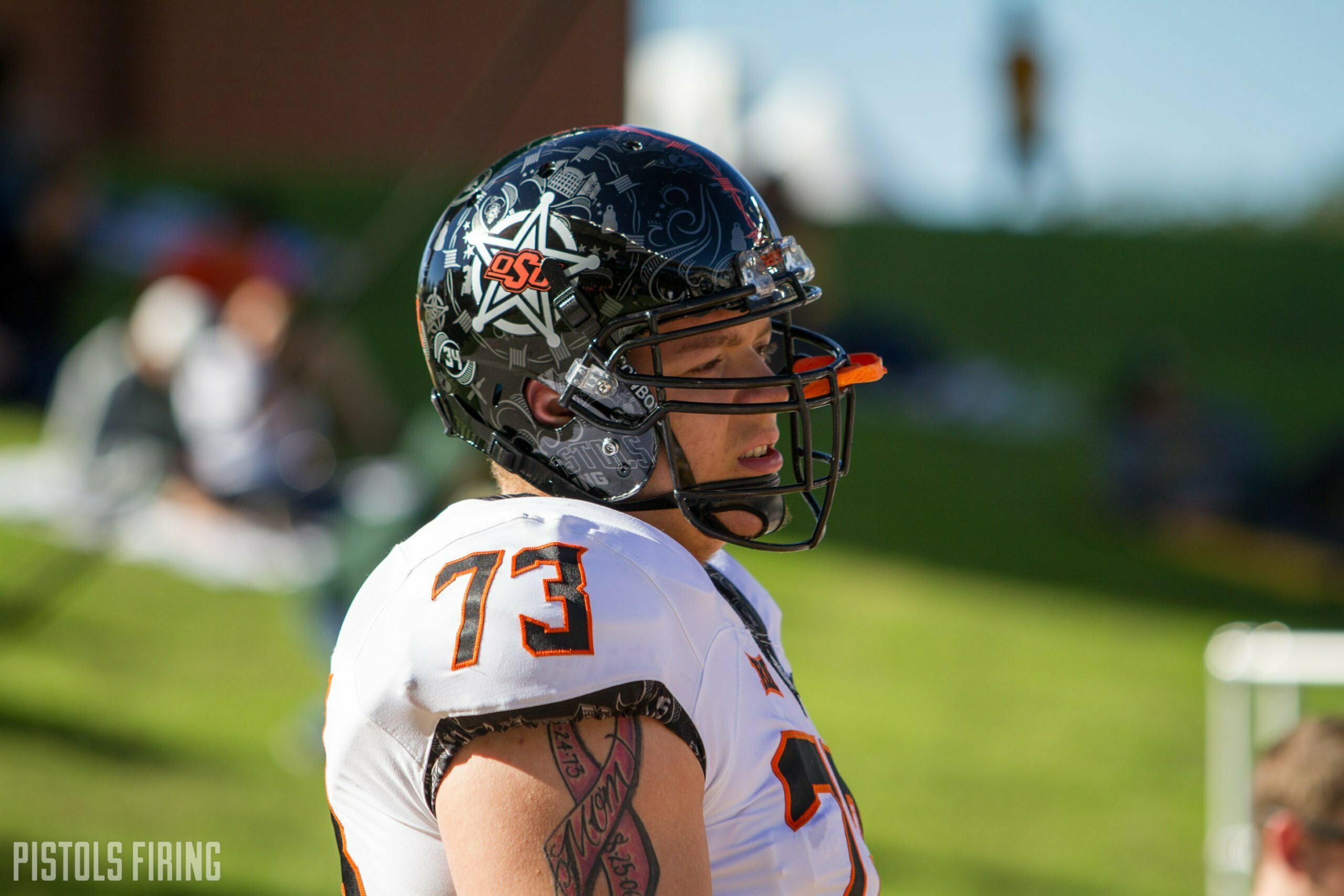 This past offseason, the big questions on Cowboys’ fans mind were whether Chuba Hubbard and/or Tylan Wallace would return for the 2020 season. As it turns out, another Cowboys, perhaps equally important to the team’s success, was also pondering his future: Teven Jenkins.

Jenkins said put some thought toward a move to the NFL after last season, a season where he blocked for the nation’s leading rusher and was thought to be Oklahoma State’s top offensive lineman.

“It was a controversy for probably about two or three weeks,” Jenkins said. “I had to think about it internally by myself.”

Jenkins has showed NFL potential for the past few seasons, but there has been an even bigger uptick in the hype surrounding him this season.

He made Pro Football Focus’ offensive line of the week after the Tulsa game. That weekend PFF graded him highest among all offensive tackles that played. He scored a 91.7 out of 100.

Jenkins is also the third-highest returning offensive linemen in the country in terms of PFF grades. He was only behind Oregon’s Penei Sewell and Kentucky’s Darian Kinnard.

“Teven is an interesting young man,” OSU coach Mike Gundy said. “He doesn’t even know how good he is, and he doesn’t know how much he’s worth, if you just want me to call it like it is. He is uncharacteristically strong. I watched him in the weight room this summer, I think he hit 225 like 35 times [on bench press]. They weren’t even counting. He was just doing it.

“He has tremendous feet. He’s got good leverage. He’s highly intelligent. His work ethic is getting better this year.”

Jenkins wasn’t always projected to be in this position. Coming out of Topeka, Kansas, Jenkins was the No. 1,011 player in the 2016 recruiting class. He chose OSU over offers from Kansas State, Nebraska, Louisville and Missouri.

Gundy said he has seen the potential Jenkins has, and Gundy said one day it can make Tenkins wealthy, wealthy man.

“I’ve actually told him several times over the last couple years, I was serious but somewhat joking with him in the weight room when there would be a bunch of guys working, and I said, ‘You know, Teven, can you name the one person in this weight room that’s worth $40 million?'” Gundy said. “And he looks at me like I’m trying to give him a haircut or something, and he says, ‘No.’ And I said, ‘You if you decide to work really hard. If you decided to just say you know what, I’m gonna do it, you’re the guy.’

“That’s the kind of talent that he has. If he just gets his mind focused on ‘That’s what I wanna do,’ that’s the level that he can get to.”