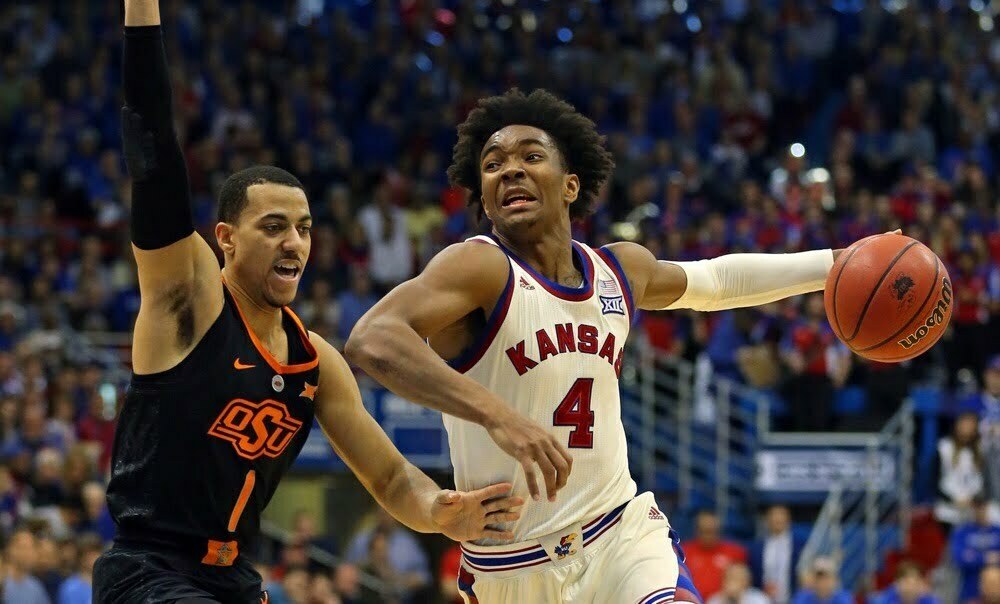 Oklahoma State traveled to Lawrence on Saturday and accomplished what only 10 (!) other schools have accomplished since Bill Self took over in 2003. They won. That just doesn’t happen. Self has a 434-93 record with Kansas, and only 13 (!) of those losses have came in Allen Fieldhouse.

The win snaps the Pokes’ five-game losing streak on the road and also breaks an obscene streak that Kansas was sporting … they haven’t lost three games at home since 1999 and have never done so under Self.

Self has had nothing but success since arriving at Kansas. We all know that and much more, but I want to show how historically significant today’s win was for the Cowboys.

These are the 11 total schools to beat Kansas at home since Bill Self took over.

That stretch from 2007-2011 Kansas won 62 straight home games until they fell to Texas. They didn’t lose again in Phog Allen until that magical day in 2013.

This year is a bit of an outlier for Kansas, obviously, in losing three home games. Everyone seems to recognize it’s a down year, but it’s almost unfathomable to win a game in Phog Allen and the Cowboys are one of only two teams to do it twice, along with Iowa State. Huge.

Mike Boynton had his boys ready to play today and finally gets his first win on the road. Let the celebration ensue.